While developing a horror game called The Human Gallery, developer Jesse Makkonen decided to start a much shorter project called Distraint in order to see some results of success between the long periods of silence that comes with game development. And now that Distraint is out for sale, we can see if this 2D adventure title is worth immediately seizing. 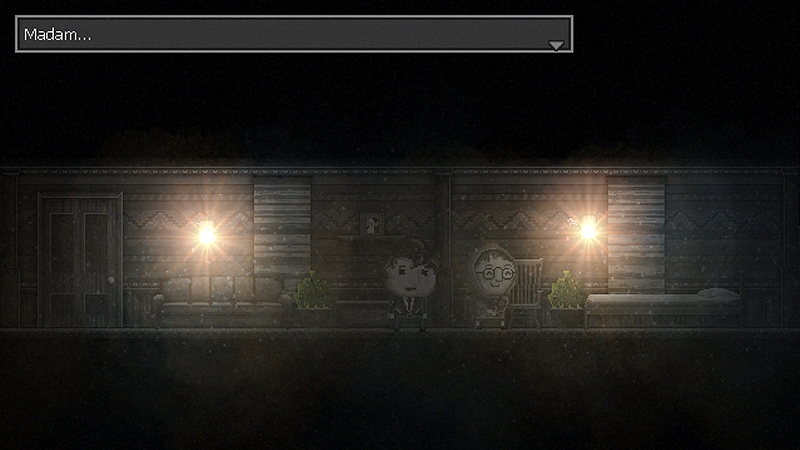 Playing as a property collector named Price, your goal is to evict three people from their dwellings for your rather heartless bosses. Doing this dirty work will allow Price a promoted partnership in the company, but at the regularly stated expense of his morality. After evicting the first resident of an apartment who happens to be an old lady with nowhere to go, Price is wracked with guilt as he is haunted by gory figments of his imagination. Like other psychological horror titles, the game regularly blurs the line between what’s actually happening and what’s part of Price’s subconscious delusions. 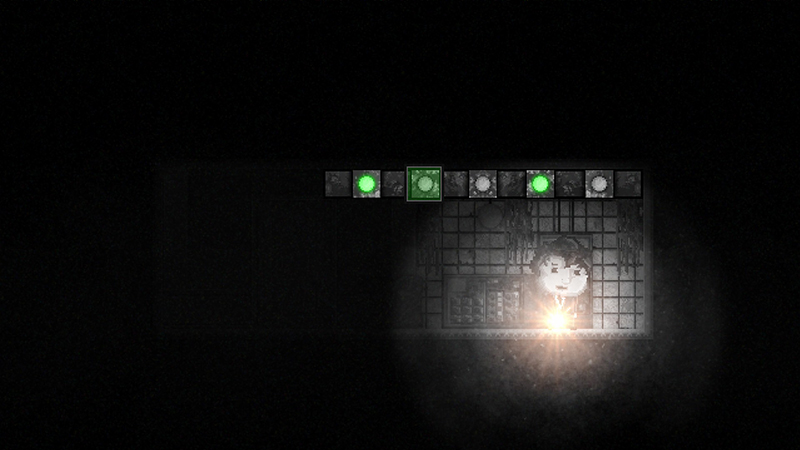 Distraint presents itself as a sidescrolling narrative with a few puzzles strewn about akin to old adventure games. By interacting with characters and using items in a specific order, Price will clue his way into getting his wetwork done. The game prioritizes narrative far more than action as there are really only two segments in a whole playthrough where a skill for timing is necessary. There aren’t fail states either so any fear of dying is missing; but if you’re worried about a lack of tension, Distraint doesn’t pull punches in that regard. The game’s selling point is dread which it successfully conveys in spades.

The amount of filters applied over the game’s visual certainly help the aesthetic, as scenes get claustrophobic and unnerving through well-timed zooms, lighting shifts, and audio cues. Although the game lacks voice acting (which can be a plus for some), the sound design is well worth tossing on a pair of decent headphones on. The ambience and stings work well to bring you into each of the game’s numerous scenarios you’ll visit regardless of the simple and pixelated visuals. 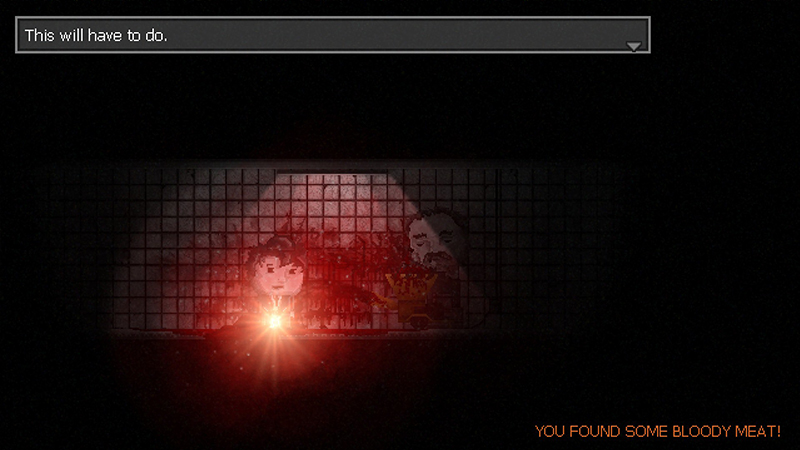 For those familiar with older adventure games, you’ll be used to backtracking a lot between areas in order to trigger new flags for events to start. But, since each area is very small, it doesn’t take too much effort unless you’re overlooking something new to interact with. Due to their simplicity, these locales don’t offer much in terms of exploration, but some visual wizardry the developer tosses in at some points might be quite inspiring for anyone interested in making their own horror darling.

At five dollars and with two hours of content, it’s a package equivalent to a cheap film rental. But while it isn’t overpriced, it suffer from being somewhat unmemorable after completing it and there’s little to even say when discussing it. Being a focused “Point A to Point B” story, there’s no real choices being made to dissect. Like your bosses in the game, you’re just doing what you’re told. Once you’re done, unless you feel like replaying it for achievements, there’s no real need to revisit it. Distraint ends up being a serviceable little property but with no extra value on top.