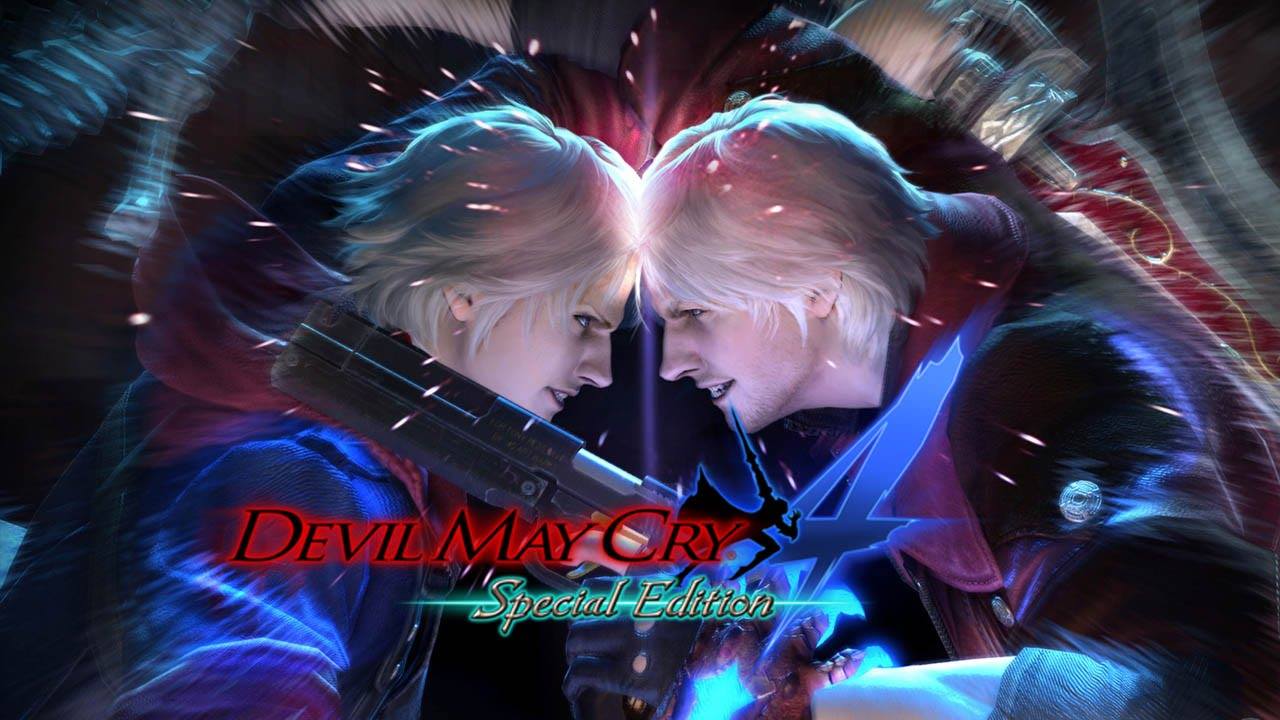 Capcom is showing the Devil May Cry series quite a lot of love lately. Sure, we may not have a brand new game to start counting down the days until release, but they have gone and remastered two titles in the series. DmC was first, receiving a definitive edition that stayed true to its name and made that game a better experience, and now we have Devil May Cry 4 Special Edition. Is it just as successful a remaster as the one DmC got a few months ago? Keep reading to find out!

It’s crazy to think that Devil May Cry 4 came out close to 10 years ago (7 years, to be exact). It was a pretty good looking game for its time, and now it looks even better. The lighting system and enhanced textures really make this game stand toe-to-toe with other games way ahead of its original release, visually. Some areas are absolutely beautiful, like a lush forested region you get to explore, where colors just pop vibrantly all around you, all bathed in exquisite sunlight that shows how excellent the lighting system is. I was truly impressed by the work that went into remastering this game’s visuals, and I still haven’t noticed any noteworthy blemishes (other than one time where my game completely froze mid-combo in Fortuna Castle).

But, of course, graphics aren’t everything. Thankfully, Devil May Cry 4 is still just as fun to play as it was years ago, and now it’s even better because of the returning turbo mode (which is tucked deep in the options menu). It took me a tiny bit to get back into the swing of things with Nero and his devil bringer arm (I was so used to DmC’s mechanics after multiple playthroughs of that), but once I did, I was pulling off all my favorite combos left and right seamlessly in 60fps. I’ve always loved Nero’s arm mechanics, it was perfect for chaining combos together, and for filling the gap between you and distant enemies, making for a relentless ballet of glorious hacking and slashing. But then you get to Dante’s half of the game… 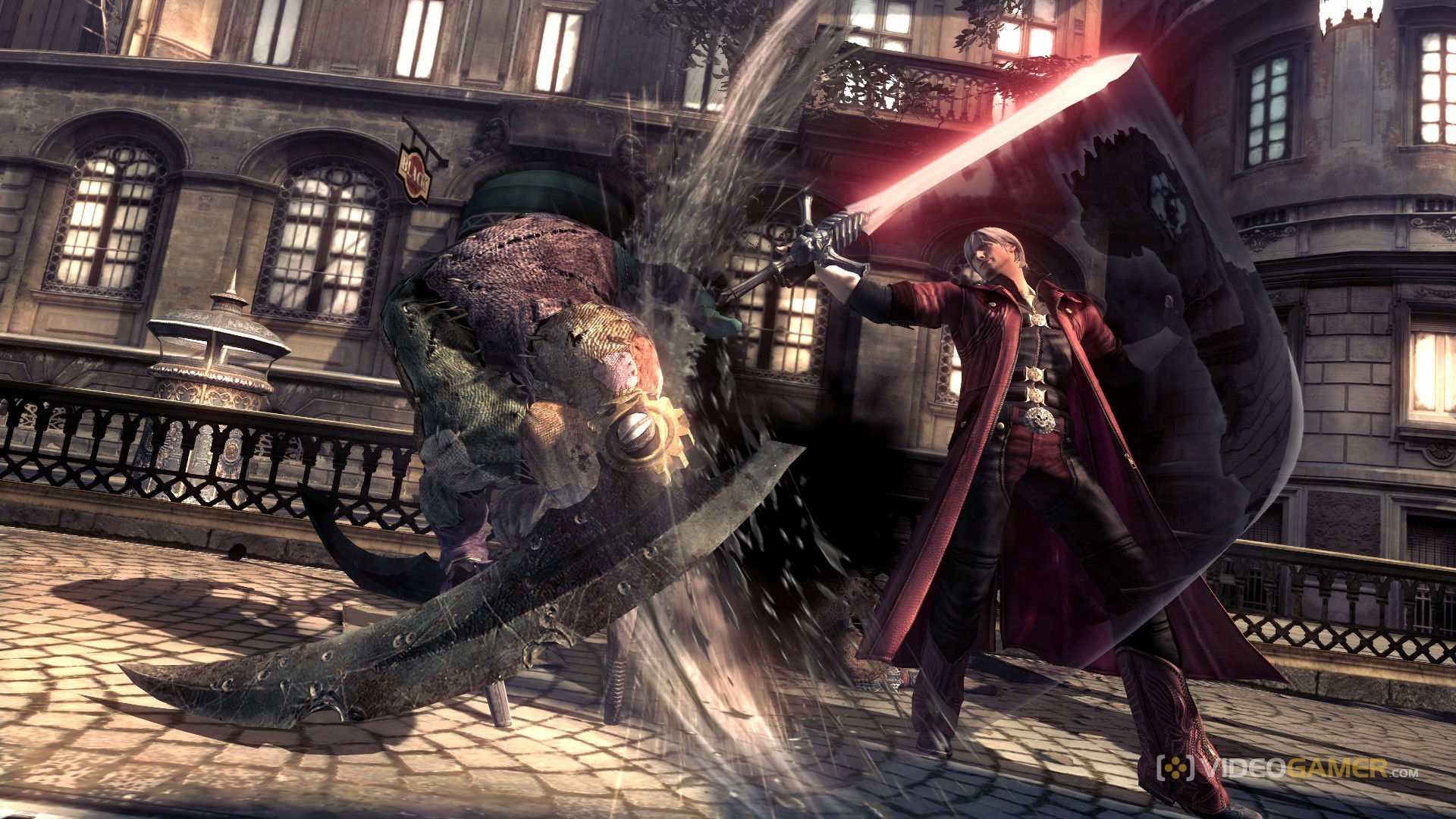 Don’t get me wrong, I love Dante, but when you start playing as him, the excellent momentum of the game just sort of gets…lost. Dante comes into play with various styles to choose from, like in Devil May Cry 3. He essentially has all of his abilities split up between said styles, adding a layer of strategy into combat by having you cycle through them to keep up those S rank combos. But this comes as a striking opposition to Nero’s full list of combos, that don’t need any switching of styles to perform. Maybe it’s just me, but the switch to Dante continues to irk me a bit, at least initially (though not as much as that end-game, Mega Man-inspired board-and-dice gauntlet!). But Dante isn’t the only secondary character you’ll be able to play as.

Devil May Cry 4 Special Edition is officially the game in the series with the largest cast of playable characters. Aside from Nero and Dante, players can also take on the entire game as Vergil, and even as Trish and Lady (the beautiful ladies share the same playthrough, like Nero and Dante). Vergil and Trish/Lady have their own intro cinematics and endings, bookending what’s basically the same base game, although stripped of any story cinematics.

Vergil plays wonderfully. His style is based on his Devil May Cry 3: Special Edition incarnation, combined with some elements from the more recent DmC, like teleportation. His biggest addition is the concentration meter. You fill this up by playing exactly how Vergil would: calm, collected, and confident. In simpler terms, just keep up those aerial combos! I found that to be the best way to fill up this meter, and avoid getting hit or messing up mid-combo. Filling this meter will boost the damage of your attacks, making it just as important as achieving that coveted SSS rank. 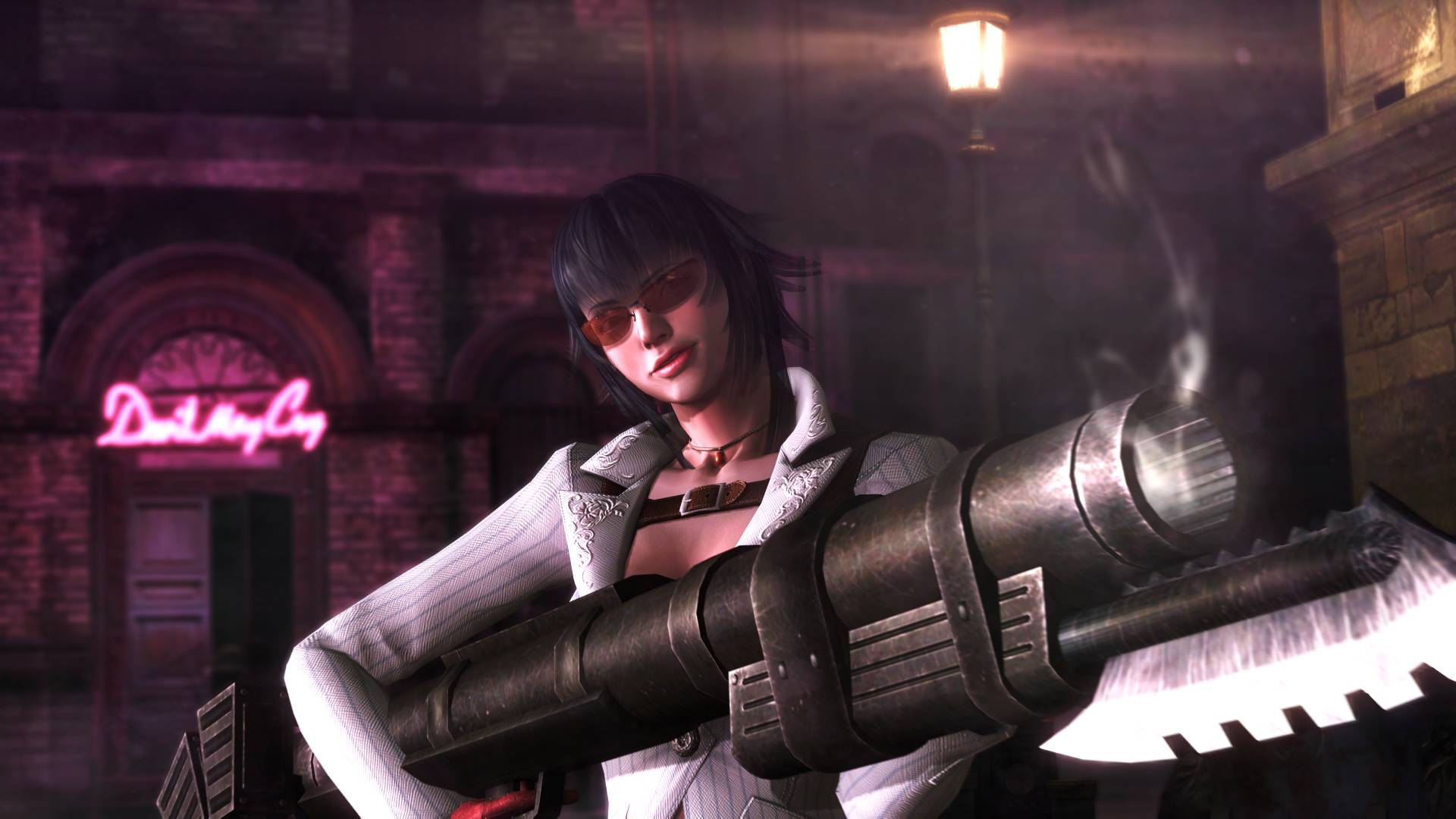 Lady was a pleasant surprise, and she ended up becoming my favorite character to play as. This edition of the game marks the first time fans can actually play as Lady, and what a joy it is. You can switch between her rocket launcher, dual handguns, and shotgun to create some truly spectacular combos. Her hook-shot also ensures you keep a good lock on distant enemies, which you can then string together into even more combos. Playing as Lady was insanely fun, and I found it quite easy to achieve S+ ranks with her after I got a good handle of her repertoire.

Trish comes into play with a Marvel vs Capcom-type style. It’s brutal and electric (literally). Wielding her main weapon, Sparda, you can dish out some greet combos which can then combine with her electricity-infused bare-handed melee moves. The results could literally be thundering, and it’s a joy to see as enemies all around you become devastated by lightning bolts after performing one of her crazy combos. It did take me a bit to get used to her handling, but once I did, I had a great time, especially in Bloody Palace Mode (which can be tackled with each character).

Devil May Cry 4 Special Edition is another great remaster from Capcom. They took an already great action game and made it even better, and vastly more replayable thanks to more playable characters, costumes, and an extra difficulty mode (that boosts the amount of enemies on-screen). This remaster is filled with content, and will definitely keep you busy for a while. After seeing the credits roll multiple times I became even more excited about a potential Devil May Cry 5. And speaking of which, just wait until you see the ending screen for Lady and Trish!