Last year Visceral Games released Dead Space: Extraction for the Wii, A first person on-rails horror game, set as a prequel to the 2008 hit horror game Dead Space, for the Pc, PS3 and Xbox 360. Oh I’m sorry, its not on rails, its considered a First person guided experience. As much as I want to laugh at Visceral for trying to “spice up” the On-Rails genre, I simply can’t. In fact when they call it a first person guided tour they are absolutely right!

The Horror genre in gaming and pretty much all media has mostly been centered on the story. That’s just what visceral focused on. In my review I will grade the game on Six topics: Story, Game play, Controls, Visuals, Sound and Extras. 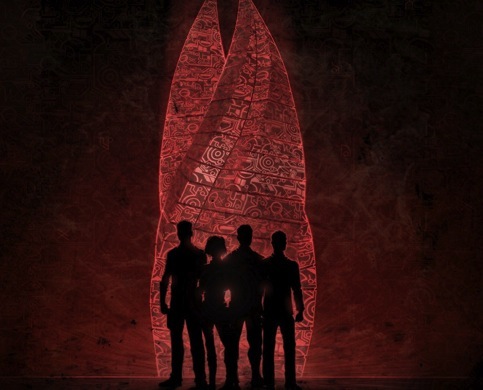 Dead Space Extraction starts off weeks before the original Dead Space and virtually ends on the first minute of it. The story is delivered this time through your characters speaking to one another and it works wonderfully. The game plays much like a nightmare.

You start off as Sam Coldwell, an unimportant engineer who helped extract the marker. Since the marker was extracted you and your team begin to hallucinate and you play though as you slowly go mad and kill your entire team. You pick up again as Nate McNeil a security officer on the colony. Nate and slowly you begin to face not just crazy colonist but necromorphs as well. You meat up with an old mate, Gabe Weller, While you to investigate the strange killings you become under attack by colonist and seek safety in a security building. This is were you meat your first necromorph, who surprises you by jumping out of a vent in front of a door. In the security building you meat up with Lexine Murdoch and while the three of you try to escape you run into Warren Eckhardt.

The four of you should realize the only safe place is the USG Ishimura orbiting Aegis 7. Safely aboard an executive shuttle you proceed to the Planet cracker. When disaster strikes again.

Now I don’t want to ruin the entire story you’ll just have to visit the forums to hear more. But I will tell you, the passing in Extraction is a lot better then Dead Space, In Extraction the story builds and builds and finally you reach the climax in the last three chapters and the ending is so frantic and exciting your heart races just so this all can end. But it just isn’t Dead space without a cliff hanger ending. 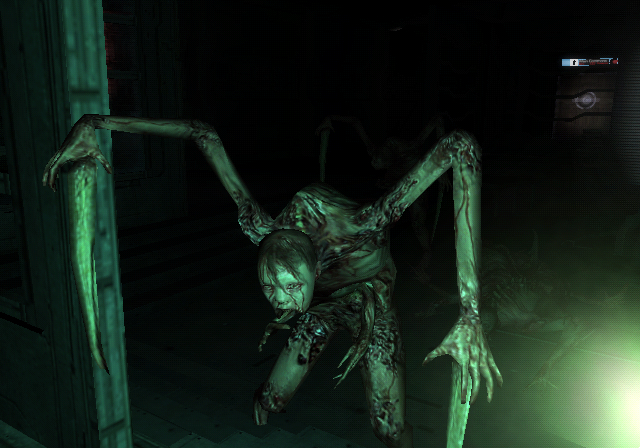 There isn’t much I can say here, it’s all on rails and you just point and shoot. So did visceral fail? No, in fact they re-invented the on-rails genre. Keeping the same point and shoot style they added the centralized Dogma of Dead Space, which is: Zero G, Strategic Dismemberment, kinesis, and Stasis.

Lets start off with strategic dismemberment. It works perfectly for rails, no longer do you just shoot one target once and move on to the next, now you have to focus on limbs and appendages to shoot off while being attacked by massive amounts of enemies. Only one small problem your marker is too large and makes shooting off limbs pretty difficult.

Zero G is back and is pretty simple as well, they simple allow you to look around with your camera for a few seconds to grab some ammo and then you have to point with your marker at various landing spots around the room and press A to launch yourself around a room. Although it is a fun little tool, it’s mostly added in the game to give you a break from some action because there will be no battles taking place in the Zero G rooms anymore.

Kinesis and Stasis are two separate buttons on your remote and act the same as they did in the original Dead Space. Stasis is to slow down your enemies and Kinesis to grab ammo and other items.

The developers really hit the nail on the head with these. The controls on a Wii remote and nun chuck combo are very precise and easy to get the hang of. If you never played the game before and you jump into it right in the middle you would instinctively press B to shoot right? Well good that’s how you do it, and what if your friend yells at you to pick up items, Well A is next isn’t it?  The B button fires and A uses Telekinesis the two main features in the game to survive. But the rock saw, stasis, and Reload features all fit perfectly into the remote that when you guess on the button, you guess on the correct button you need to get the job done.

Got a Wii Zapper and want to feel badass? No problem, the developers configured a control scheme for you and I hate to ruin it for you but it is a bit annoying. First off to reload, you have to shake the Wii remote. And if you have a glowworm, you will recharge that as well, but sometimes it doesn’t register a reload instead it registers a rock saw attack. (Which is done by shaking the nun chuck… which is attached to the Wii zapper.) Lets say your being tackled by a necromorph and the only way to knock him off is to use the rock saw, well you shake the zapper and all it does is reloads your damn plasma cutter, so you take your hand off the zapper and wiggle the now free nun chuck, but it’s too late, that necromorph is on your face giving you a not so wanted kiss and the only way to stop this is to press the z button. So you grab the Wii zapper and press z and it is finally over with, except half your health is gone and left with a bad taste in your mouth.

Let me take you to the beginning of the game, your name is Sam Coldwell and you’re about to extract the marker and one of the first things you see on screen is a fellow worker in an engineering suit and he looks exactly like Issac does when you load a saved game. These graphics almost match that of the first game. Honestly I thought I heard my Wii growling to push out these graphics. Everything is amazing.

I have nothing bad to say about these graphics. So when you play expect almost Xbox quality graphics.

Ah the atmosphere, it makes every game. With the right sound you can turn a horror game into a comedy or a comedy into a horror game. Extraction doesn’t disappoint, like Dead Space you really don’t hear music or sound, you just feel alone and isolated. But when you try to listen you do hear everything and extraction has everything: The growling in the walls, the wrench dropping on a concrete floor, the whispers in your ear, and the shuffling of disfigured limbs in the air ducts behind you.

Extraction has one thing that Dead Space didn’t and that is the story told in voice. Sure Kendra, Mercer, Kayne, and Hammond told you what needed to be done in Dead space, but Issac never took the time to discuss what is happening with them. No, in extraction, Lexine, Weller, McNeil, and Eckhardt and other cameos talk to each other to find out what is going on. This calls for great voice actors, and these actors are great, despite some cheesy lines here and there, but that’s a problem with the script not the actors. 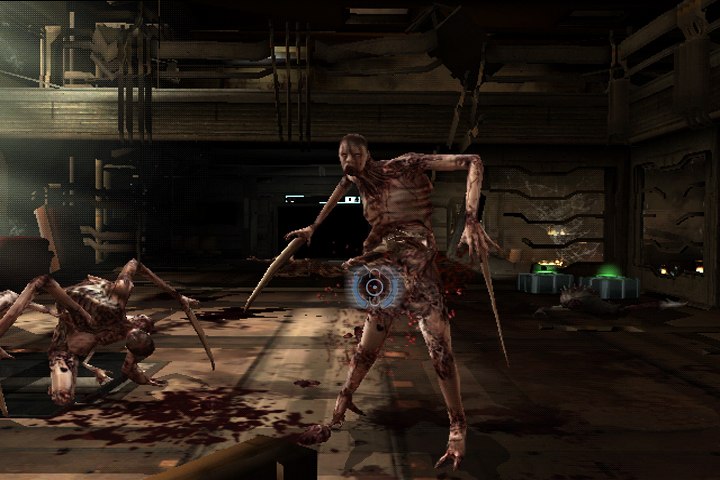 Dead Space never had any extras so I’m glad to see Extraction pack some in there. Every so often you will beat a level and unlock a comic, the same comic used to promote Dead Space. Sure its old but it makes up for such a lack in good back-story in extraction.

When you are playing extraction there are files in the world to find, about 80% of them are text logs and 17% audio and 3% video (I only found one video the whole game.) But all these logs are familiar, If you played the original Dead Space you uncovered what happened before you arrived. So there is not a lot of new story to come from these logs.

Also the game comes with a challenge mode and you unlock levels by playing the game, Its like horde mode where you just rack up points by dismembering enemies and seeing how long you last. Its fun with a friend but since the Wii has no achievement or trophy system …yet it isn’t that fun alone.

In conclusion I must rate this game without being biased. I truly believe this is one of the best games you can get for the Wii, and since the market is low on mature games for Wii owners I don’t understand why you wouldn’t want this game. As for the fans of the series, you are getting a much deeper and darker story here then with the original Dead Space, but if you don’t have a Wii don’t make this the reason to buy one.

So in all fairness I will give this game an 8.5 out of ten.

Story: 10/10 – Delivered a truly wonderful, dark story that climaxed a lot better then the original game.

Game play:  10/10 – no completes everything works like the should

Controls: 1/2 – since I graded it on two control schemes one passed with flying colors, and one left a bad taste in my mouth.

Sound: 10/10 – Same quality sound we expect for the Dead Space team and with a great cast of voice actors to keep the game going.

Extras: 10/10 – Didn’t have anything to compare this too since this is the first Dead Space game to give us more for our money.