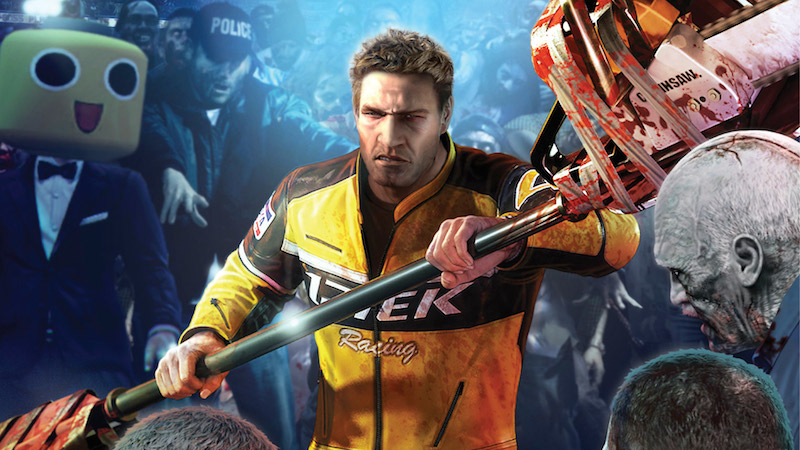 This was my first time playing Dead Rising 2. So, let’s just say that… I had quite a hard time with it. I did play Dead Rising 3, back when it first launched alongside the Xbox One, but Dead Rising 2 felt a lot more difficult in comparison. After talking to some people who are well versed in the series, I realized that I had been playing the game wrong. So, after a few restarts and a whole lot of level grinding, I’ve come to really love the game and truly appreciate its charming level of challenge.

Dead Rising 2’s story revolves around Chuck Greene. After the death of his wife, Chuck is left with his daughter, Katie, to survive the zombie outbreak that’s swallowed them in Fortune City. To make matters more complicated, Katie is infected. But fear not! That’s where Zombrex comes into play. Chuck has to do everything he can to obtain daily doses of Zombrex for his daughter, including putting his life on the line against zombies in an extreme motocross show, “Terror is Reality.” Eventually everyone in Fortune City is pit into a game of survival as the undead swarm the insides of the Las Vegas community. It’s your job to save them, or not, and to survive until the game’s time limit reaches 0 and the military arrives. Oh, and how could I forget that poor Chuck is also being framed for the entire outbreak! 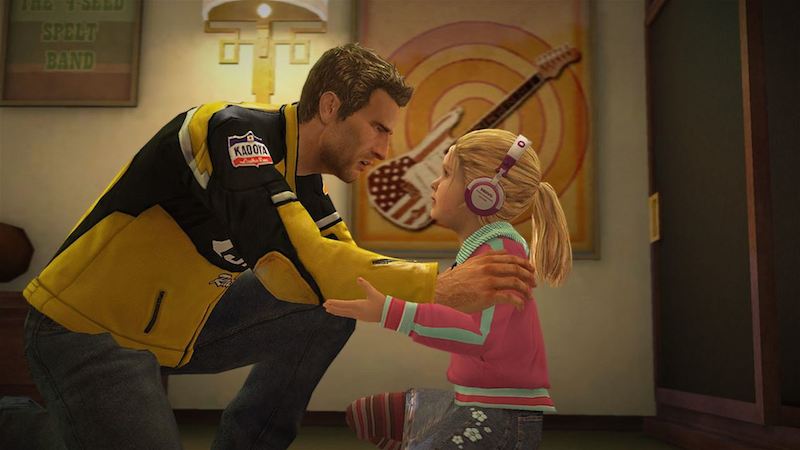 There’s this really satisfying rhythm to the game, all set to the mental tune in your mind warning you of the time limit in place. Sure, you have an open world to explore–including a huge mall and a casino–but you have to be wise when it comes to exploration and mission management. I went through a huge learning curve in the beginning, adjusting to the time management the game asks for. This made me feel a little overwhelmed, especially because I wanted to save everyone. With each mission having its own time meter, saving ’em all was easier said than done. But after making some progress and restarting the game a couple of times, keeping my level and experience points, I finally got into the groove of things. I wisely dictated which of the scattered survivors to save and which to just pass by (sadly). But not all missions were as simple as just saving someone’s life…

The game’s psychopaths were the thorns in my side. I was getting my ass handed to me on a silver platter and served with a side of rage that came close to spoiling the entire meal. Like I said before, it wasn’t until a few restarts that I was able to properly tackle these boss fights. Eventually I went from having loads of trouble with the first boss to taking down 5 crazies in a single sitting. What I really loved about each of these encounters were the backstories that shadowed them. As a whole, Dead Rising 2 offers a dark tale infused with a good dose of comedy (mostly because of the colorful cast of characters you come across along with witty dialogue). The “dark” in that balance is mostly thanks to the missions involving the psychopaths. These missions really serve to make the game’s story a twisted reflection of humanity when cracked by the horrors of a zombie outbreak. I really dug it. 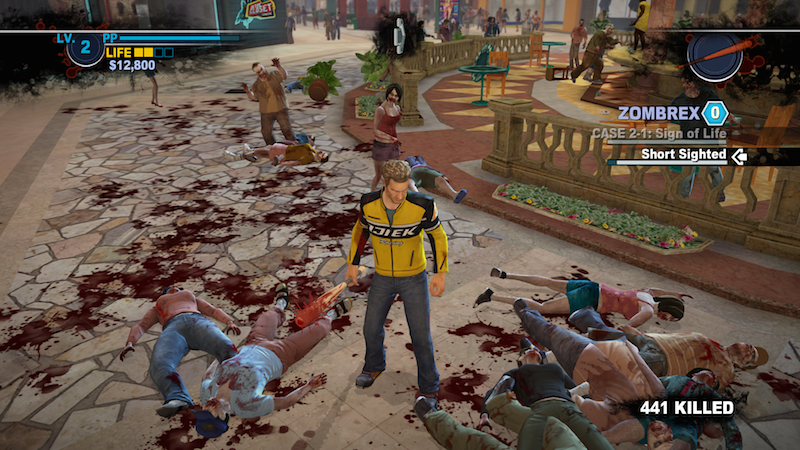 Having a time limit also brought about some of my issues with the game. As aforementioned, I had to get used to handling missions in a time efficient manner, but having a time limit also meant that there was a lot of “down time” between the main story missions. Sure, I should spend that time level grinding, looking for Zombrex, and collecting as much XP and money as possible, but that became pretty boring to me after long stretches of time. There isn’t anything dull at all with the hack-and-slash nature of the game’s combat (mixed with some gunplay), but a fast forward option would’ve been nice, or the ability to just skip ahead to the next story mission. That was my own glaring issue with the game.

When actually engaged in missions, I was having a bloody good time, literally. The gore in this game is extremely satisfying, and creating said gore by using the game’s varied range of weaponry was a good form of stress relief. You have a lot of weapons you can combine by way of the combo cards you unlock as you level up, so there’s a lot of room for experimentation in your art of mutilation. Oh, and how could I forget about the hilarious costumes you could wear to take down the undead in style!

Dead Rising 2 was a pleasant surprise for me. I wasn’t expecting it to be so challenging, and I also wasn’t expecting its story to go down some dark paths either. Sure, it took a while for me to get into it, but once I was in, I didn’t want to leave Fortune City.