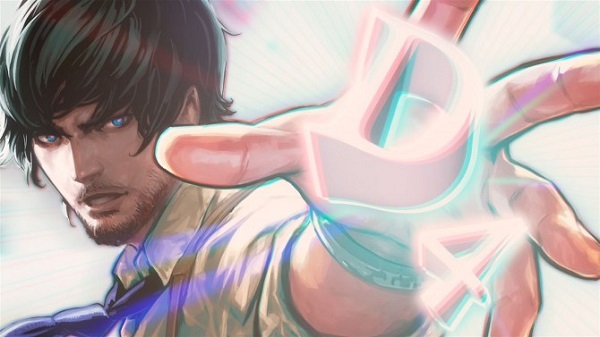 He did it. Hidetaka Suehiro (AKA Swery) and his team did it again. After 2010’s Deadly Premonition, a game that first was overlooked and then amassed a cult following that led to two re-releases, many were unsure if that game’s success could be replicated. I was among those who was unsure whether or not Deadly Premonition was a deliberate display of brilliant insanity, or a messy budget title that just got lucky. Honestly, as much as I love Deadly Premonition, I had concerns that its successor title would not be able to live up to expectations. But thankfully that’s not the case! With Dark Dreams Don’t Die (D4) Swery and Access Games has proven that their hit was not a fluke and that these guys know how to make unconventional, weird, and engaging games.

D4 originally released on the Xbox One as an exclusive, episodic series that made use of the console’s next-gen Kinect. The plan was for there to be multiple episodes and seasons. The game ostensibly didn’t sell well, so it never continued past a second episode. That’s a shame, but I suppose we wouldn’t be where we are now – with a D4 PC port – if it didn’t struggle. Having not played D4 on Xbox One (or us having a D4 review on this site), this review will act as a first introduction and not just a PC port analysis. 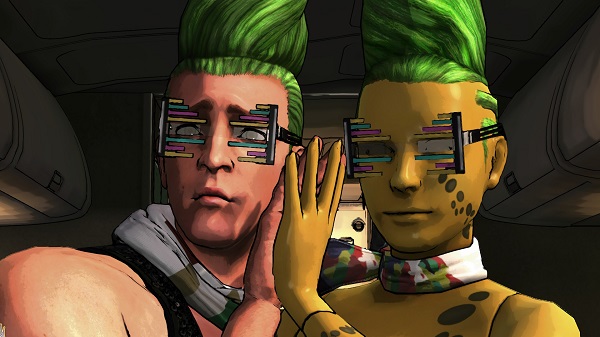 Forgoing its original motion control support via the Xbox One’s Kinect, D4 on PC makes the transition to a mouse setup quite well. To be honest, I’m surprised the second generation Kinect worked well enough to keep up with the game in the first place. But that’s neither here nor there, we’re all about that clickety clack now, son! Gestures have been mapped to the mouse requiring players to either move in a specific direction, click and drag, or follow a prompt. It takes a few minutes to get used to, but it amounts to a more involved point and click adventure type setup. It’s worth mentioning that controller support is pretty well-done as well, with menu navigation being snappy and QTEs done intuitively, alternating between button prompts and the use of one or both analogue sticks plus triggers.

As Detective David Young, a Bostonian with too many quirks to count and the unique ability to travel back in time, fans of Deadly Premonition and Special Agent Francis York Morgan should feel right at home. David, sporting a heavy Boston accent and messy attire, gained the unique ability to travel back in time the moment his wife was murdered. With a bullet in his brain hampering his memory and allowing him to use significant objects, or “mementos”, to jump back to specific points in time in which those objects hold relevance, he sets out to discover the person named “D” that his wife mentioned in her last words: “look for D”. David’s wife, who he affectionately calls Little Peggy, often appears to him. Delusions? Her spirit? It’s all a mystery as the game throws over-the-top, fantastical scenarios at you repeatedly. 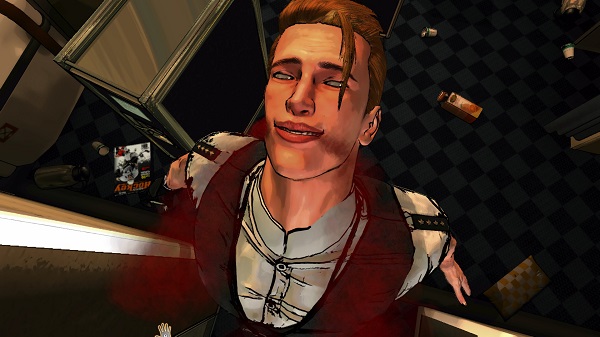 David is surrounded by a cast of bizarre characters, from his close friend and former partner, Forrest Kaysen (yes, he shares a name with the Deadly Premonition character) and his cat Amanda, perceived by David as a woman in a skimpy outfit with a bow on her head. Kayson is able to gobble down large hotdogs and clam chowder in big bites, and Amanda likes to do what cats do and sit on furniture and knock things over. Her being an adult woman makes her more lively scenes odd and amusing.

Through David’s search for the elusive person named “D”, he meets a variety of oddball characters, some themselves with names starting with the letter D, putting them on David’s radar as potential suspects. D names or not, these characters are all ridiculous and a driving force behind D4’s personality. There’s Duncan: a flamboyant fashion designer and object-sexual; Deborah: a neurotic and full-time complainer; Phillip: a flight attendant that suppresses his anger by puffing on an inhaler (producing a painfully funny pleasure-face); and more.

Food is an important resource for David as each action he takes in an environment affects a stamina meter. This mechanic is questionable, only asking of players to eat any snacks they find lying around when examining an environment or purchase them from Amanda. David’s vision ability, which highlights things worth examining, also depletes and must be recharged by items. QTE-based action scenes and some interactive elements may also hurt David, reducing his overall health. Neither of these three status bars draw away from the game and they’re maintained fairly easily. 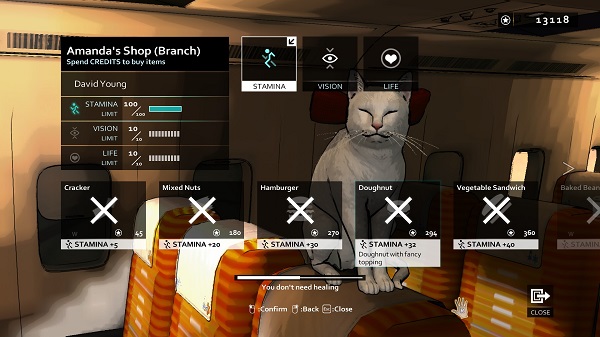 In addition to a variety of objects, notes, and food items that David can collect and read about on his journey, players can also purchase a wide variety of clothing for him to wear, some with attribute bonuses. I didn’t dabble too much with these, because I wanted David to retain his default appearance. Ancillary additions, but fun to play around with when not dabbling with the main story or for repays.

D4, like Deadly Premonition before it, is a haven for quotable lines, memorable encounters and characters, and oddball antics inspired by American television and cinema. The opening credits to the game are reminiscent of a cheesy 90s crime drama, and that sets the tone perfectly for what amounts to a mashup of inspired themes and tropes. Even the music of D4 is bursting with personality, with a mix of cool jazz and electronics (the Twin Peaks vibe found in Deadly Premonition is continued here). 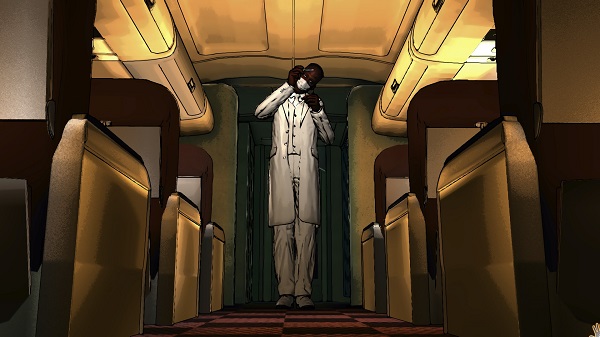 It’s a fun game to play as well, with comfortable mouse control that never feels lacking and just a few FPS-related port hiccups. But its greatest fault is one it had no control over: its unceremonious conclusion. Right as things ramp up and an antagonist is revealed, we’re left to stare at a “to be continued” screen. And that hurt. Just like that you’re ripped away from D4’s world, unsure if we’ll ever see its story finished.

This is when I say “buy this game!”. D4 has a second chance on PC, and I hope it receives the support that it deserves. Just look at it! It’s so charming and crazy; I can’t handle it.