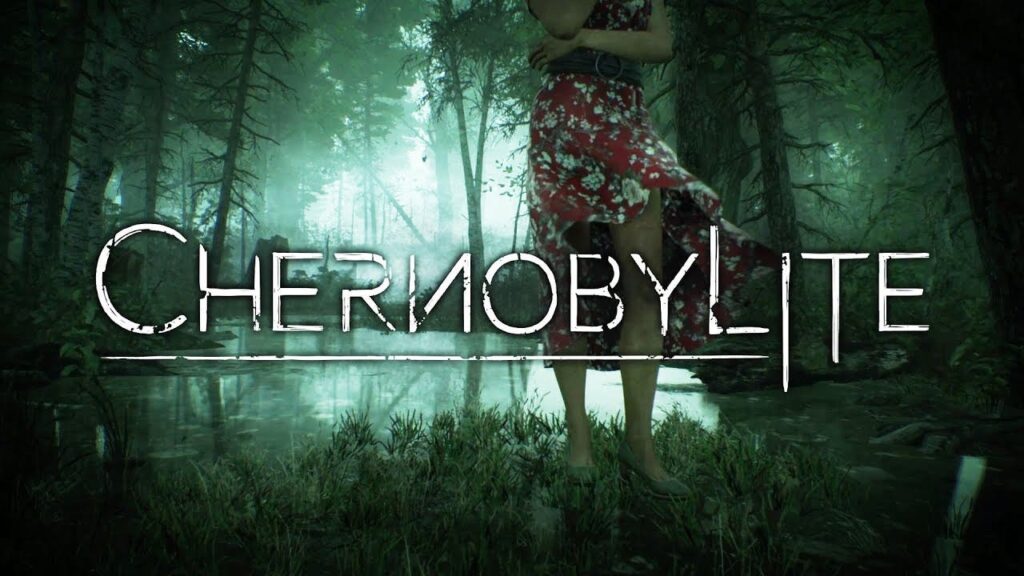 Imagine you’re at an all-you-can-eat buffet, one that incorporates dishes from all over the world. On one side of the room is sushi from Japan, on another a selection of Indian curries, across the way is a smorgasbord of hand-made pizzas like they’d eat in Rome, and in one dank corner which no one dares go near is the British food. What I’m saying is, you want to sample all of it, but you know you only have a finite amount of space on your plate with which to stack food. So, you scoop a bit of this and that on, and you sit down at the table and admire what you’ve gathered. On the whole, it’s probably not the most logically constructed meal in the world, but individually, each selection is a tasty treat. That is what The Farm 51’s nuclear disaster-inspired survival game Chernobylite is like in a nutshell.

Taking place some thirty years after the incident at the Chernobyl nuclear power plant, near the city of Pripyat in Ukraine, the game is set in the Exclusion Zone. The surrounding area has become infested with “Chernobylite,” an eerie crystal-like substance under the control of a military outfit named NAR. Players take on the role of Igor Khymynuk, a brilliant physicist investigating the disappearance of his fiancé, Tatyana. Igor is determined to discover if she’s still alive and what happened to her on that fateful day more than three decades ago. 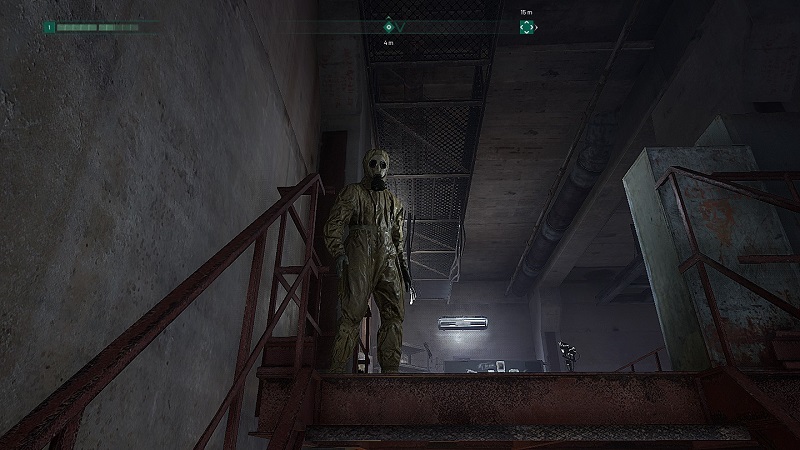 Formulating a plan to sneak into the Chernobyl nuclear plant, Igor enlists the help of his friend Olivier and a bunch of rag-tag militants whose resourcefulness and experience surviving in the Exclusion Zone make them valuable assets. On his mission, Igor is threatened not only by the forces of the NAR, but also by the bizarre creatures that phase in and out of reality.

One of the most striking things about Chernobylite is its visual fidelity. Using 3D scans to digitally recreate Chernobyl and the surrounding areas, the game pulls the player into a world most people wouldn’t ever set foot in. It’s a marvel of graphical technology that this world can be painted with such realistic textures. The dire browns and greys of the foliage and buildings signify the death of the landscape and are at odds with the vibrant greens of the Chernobylite crystals that creep into the area like an alien plant.

Even at lower graphical settings (which my medium laptop was set at to gain better frames), I could still easily appreciate the work that went into creating a digital facsimile of this very real place. With its level of fine detail and an appropriately drab color scheme, the game’s visual aesthetic is very much in keeping with its atmosphere, plot, and melancholy tone. 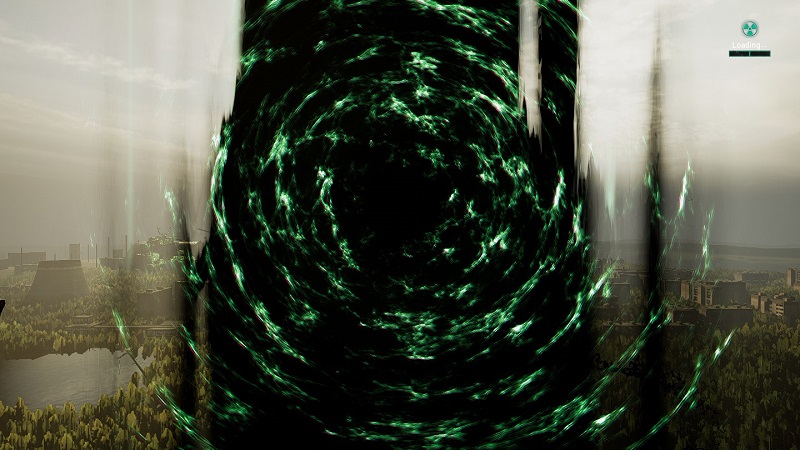 The gameplay is where my earlier buffet analogy comes into play. Chernobylite throws a lot of things at you early on. The opening moments of the game begin with a haunting backdrop of Chernobyl, accompanied by somber music that plays over an image of Tatyana fizzling in and out of existence. Shortly afterward, you’re ambushed by green figures; the shaky ghosts of long-dead plant workers, and the mood shifts from one of tragic melancholy to terror and uncertainty, as the sky above explodes with green lightning.

Within moments, you’re sneaking into the power plant, with support by your side. You use the shadows, tall grass, and even the underside of a train to hide from patrolling guards. Suddenly, without warning, you’re playing a stealth game. It’s here that Chernobylite introduces mechanics like espionage, breaking and entering buildings, and taking down enemies without anyone else noticing.

A cutscene then plays in which Igor takes a Chernobylite crystal and inserts it into a device. He points and fires it, opening a green portal that takes you to another part of the disaster zone. This portal is your gateway out of missions and is an integral part of the experience. This science-fiction element serves not only as a gameplay mechanic but also ties into the game’s narrative. 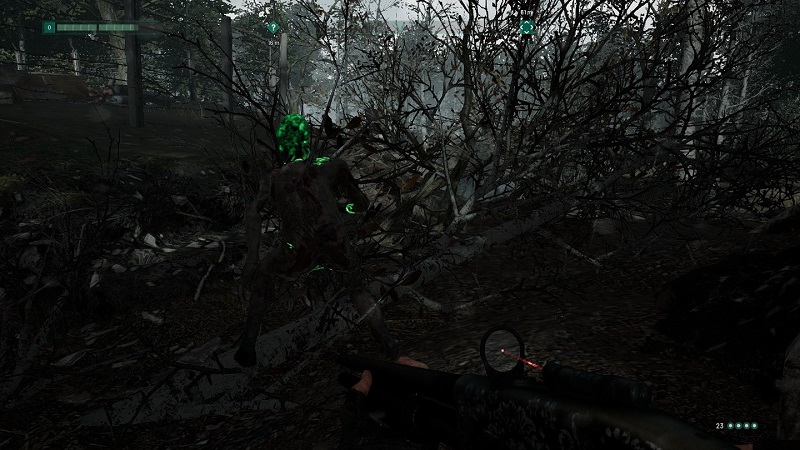 With the opening moments of the game over, it continues to introduce additional elements into the pot. As the story progresses, you eventually begin recruiting additional help and it becomes a necessity to keep these allies happy. This means feeding them, ensuring they have a bed to sleep in and a base with enough comfortable amenities.

There’s also a base-building mechanic. To battle the enemies of Chernobyl and to ensure maximum success in the face of untold danger, it’s required to construct a solid and safe base. This means scouring the land during missions for resources that go towards building machinery, weapons, armor, furniture, electronics, healing balms, and air filters. Which also means the game has a crafting system. In addition to its other gameplay mechanics, Chernobylite is also a resource management, role-playing game.

What becomes apparent during gameplay is that The Farm 51 had ambitions to put their fingers in multiple gaming pies. With its wide-ranging mashup of genres, gameplay mechanics, and themes, there’s a sense that Chernobylite doesn’t really know what it wants to be. Yet, bizarrely, all these components do seem to work together for the most part. This particular blend of elements coalesces into a sound experience, one which would feel like a total mess in any other game.

There’s a masterful degree of balancing that has gone into the game to make each element its own thing, but still work together as a whole. Even so, the game is something of a hodgepodge of genres, and it can take some time to get to the meat of it. 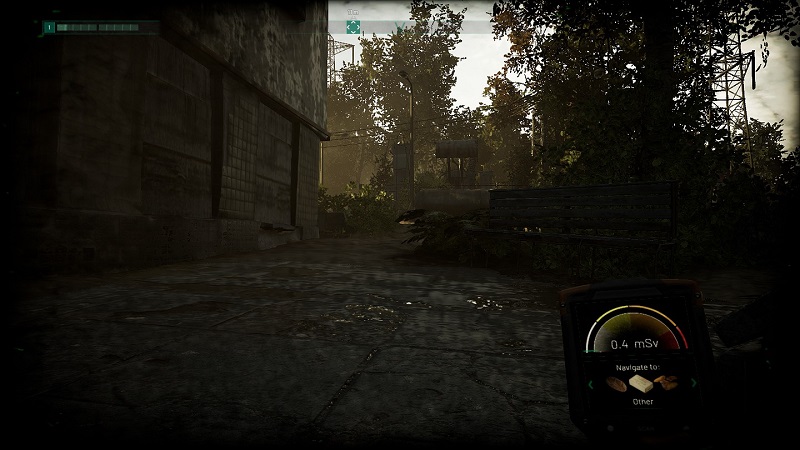 Even though Chernobylite’s combination of styles works, it’s by no means a flawless system. The inventory and quick menu are not very intuitive and the base building aspect utilizes some unusual choices when it comes to key-mapping. It’s also a bit tedious to have to babysit the other recruits in your base, although that at least offers a respite from the stealth action that takes place during missions.

Where Chernobylite shines is in its visuals and music. I’ve already mentioned the graphical prowess that has gone into making the world as realistic as possible. I can’t speak highly enough of how spectacular this game looks. The music is also a feast for the ears. It creeps into the game with its gloomy tones and exudes raw atmosphere into the game. Even the menu music before the game begins has a somber mood that works wonders for the game’s tone, even if it doesn’t sustain it the whole way through.

Don’t go into this game expecting it to be any one thing in particular because chances are, it will lose you partway through. If you have high hopes for it being a pure horror experience, it will leave you wanting more. If you want an RPG experience with heavily implemented aspects of the genre, it will feel lacking. The best thing to do is to play Chernobylite from a certain distance, with the understanding that this is a game that wants to transcend genres.

The Farm 51 has worked hard to create a fusion of styles that is neither one thing nor another. Appreciate the game for what it is, a beautifully designed, hauntingly surreal, science fiction experience that is equal parts horror, action, and stealth, all wrapped up in a story of loss set in an irradiated wasteland.

A PC code for Chernobylite was provided by the publisher.