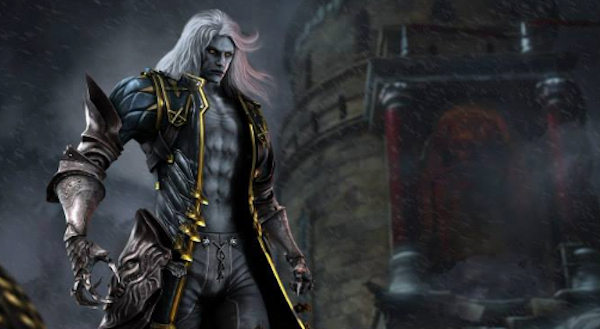 It has come to an end. Castlevania: Lords of Shadow 2’s “Revelations” DLC is the final Castlevania offering from MercurySteam, before they move on to tackle another series in Konami’s portfolio (Contra?!). Revelations stars none other than Alucard himself. Fans are ecstatic to control the son of Dracula once more, especially this version, which I find to be better than the original timeline’s. So the question is: Is this a symphony worth spending your night experiencing?

Alucard is back in what stands as a prequel to the events of Castlevania: Lords of Shadow 2. And by prequel I mean a few hours before the start of the main game. I was initially under the impression that this DLC would go back to the time immediately following Mirror of Fate, then flashing ahead to that pivotal moment in Lords of Shadow 2 where Alucard first makes his appearance. However, Revelations stays true to its namesake, showing players the role Alucard played in ensuring his father’s resurrection to enact their plan to take down Satan while all while also deceiving Death himself, Zobek.

After sentencing Dracula to a centuries-long slumber, Alucard returns to his father in modern times and removes the sword that was used to put him into deep sleep. Not much time is left until Dracula awakens, so Marie appears to Alucard, telling him to return to the castle (as it was during the main game) and quickly find the two weapons Dracula will need in order to see their mission through: the Void Sword and Chaos Claws. I really love this set-up, especially after the previous timeline’s Alucard devoted himself to preventing his father’s resurrection. Now, in this universe, he needs his daddy, so we find ourselves actually getting everything ready for Drac’s big return. 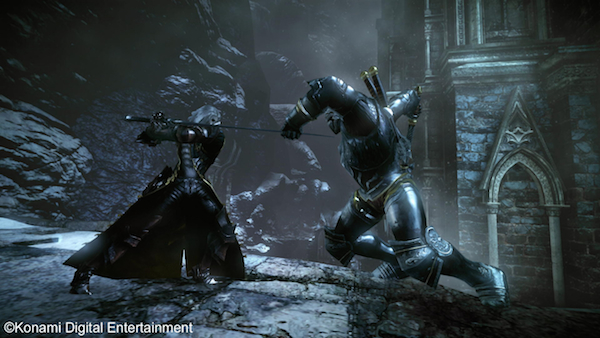 It was quite touching to witness the interplay between Alucard and his mother in the scenes they share together. Both roles were wonderfully performed and I’m continued to be even more enamored by Richard Madden”s Alucard. I really hope they decide to keep him in a post-Lords of Shadow Castlevania series. I would’ve loved to see a couple more important characters show up in some form, though. Especially one Belmont in particular. Regardless, after the two to four hours it’ll take to beat the content, you’re left with a satisfying conclusion that succeeded in making me dive back into the main game.

Revelations is stripped of any stealth segments, focusing mostly on exploration, platforming and puzzle-solving, with a nice dose of combat throughout as you traverse through both already-covered grounds and brand new areas in the castle. It seems like MercurySteam loves flexing their creative muscles when it comes to puzzles in their DLC offerings. And it’s no act to merely just pad out the overall content’s length. The puzzles here put all of Alucard’s ability to good use. Alucard can transform into a swarm of bats, a wolf, and he could even manipulate time itself.

With his bat transformation he can zoom his way towards spots that would otherwise be impossible to reach. The wolf transformation renders him completely vulnerable while players control a spirit wolf freely, making Alucard teleport to wherever you stop the wolf. This ability comes in handy when faced with long gaps between platforms. Lastly, his ability to rewind time is used to repair structures that are needed to proceed in certain areas. Aside from these secondary abilities, Alucard wields the Crissaegrim sword, with the dual magic powerset of Glaciem and Igneas. The ice-based Glaciem heals you with each strike, while the fire-based Igneas deals extra damage with the added ability to break through shields. They’re Alucard’s versions of his father’s Void Sword and Chaos Claws and they’re a joy to use. Sadly, there aren’t that many combat scenarios in the DLC to put all of his satisfying combos to use. 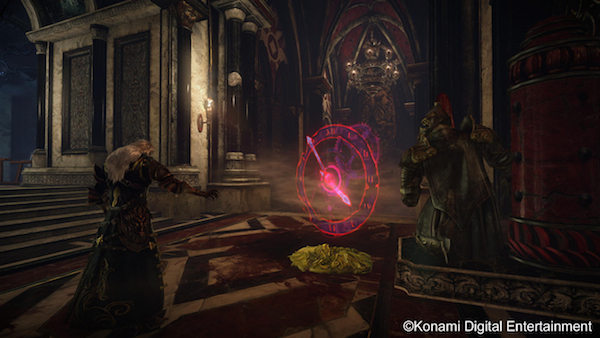 Let’s go back to the puzzles. They’re really well done and mildly challenging, especially those that come in the time-attack variety. But I can see some being annoyed by the time restraints on some of the puzzles. I found it to be perfect for keeping things moving at a steady pace, and also showing the devious creativity of the Toy Maker. Combat scenarios, against re-skinned enemies from the main game, come at the right time, though there definitely should’ve been much more of them. I was also bothered by the content’s omission of a boss battle at a certain key moment. I won’t delve into spoilers regarding this, but once you play it this will probably make sense to you. The final boss makes up for it, though. It was an epic battle that rivals some of the best from the main game. Another issue I had was how this DLC presented the perfect opportunity for MercurySteam to give players an epilogue to the trilogy. Yeah, yeah, it  might seem redundant after the original game pulled this trick, shocking hordes of fans with that scene, but it would’ve been awesome to really see “the fate of the Belmonts” as Konami promised we would see here.

Revelations is a great precursor to the events of Lords of Shadow 2 and is definitely worth the $8. It gives us a few more hours of excellent gameplay inside one of the most beautifully designed versions of Dracula’s iconic castle, leaving us off with a bittersweet feeling knowing that it’s all over. I’m now left wanting more from this universe. I think Alucard would make for an awesome protagonist in his own series set in the world that MercurySteam has created.