I’ve never really given serious thought to From Software’s DLC. Or at least not in ways like I do the base games. But if you look back on the previous downloadable releases, Dark Souls’ Artorias of the Abyss and the sequel’s more ambitious Lost Crowns trilogy, then you know that From Software doesn’t tread lightly when adding content to its main games.

Likewise, The Old Hunters for Bloodborne is no slight trifle.The best thing about the past DLCs and this one as well is that the new content is folded into the main game, essentially expanding the base game rather than settling for some stand-alone affair. Here, the hunters of Yharnam are given access to the Hunter’s Nightmare, a new area that essentially acts as a sort of purgatory for hunters who get too drunk on blood. 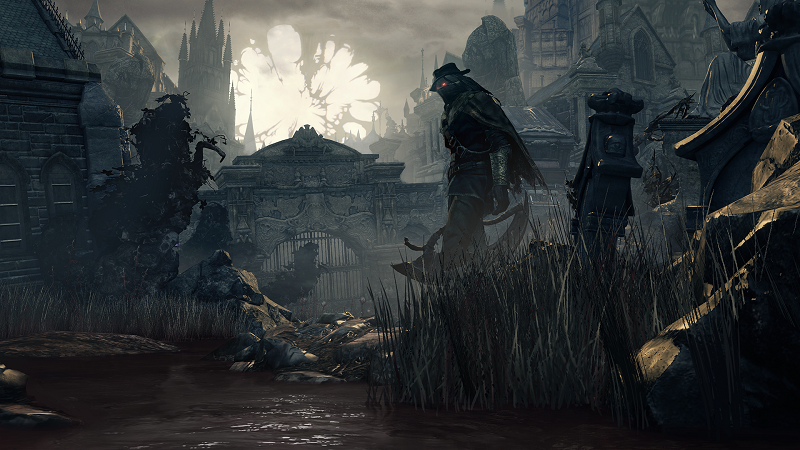 I’m going to cycle through some quick details for those of you on the fence about picking this up. The Old Hunters adds a sizeable new level in the Hunter’s Nightmare, 4 new bosses (big, scary bosses), several new weapons (I’m told at least 10, I’ve found about 4 so far), and some cool new costumes, one of them is already my new permanent look. For $19.99 you’re essentially going to get a whole bunch of new hours added to your Bloodborne playthrough.

Now the rest of you have probably already decided to pick up the DLC based on your trust that one of the best games on PS4 is going to give you more great content. So let me detail some of the fun bits of my time with the new DLC.

By the time you can access the new DLC in-game (around level 60 at the least) you’ll be about a close to halfway through a regular playthrough of the main game. My copy of the DLC came with incomplete instructions on accessing the DLC, and while I tried to piece together the proper way of accessing through clues and item descriptions, I still wandered blindly for hours before getting help. Once in firmly in the DLC, I was greeted again by the nauseous, yellow light that constitutes as sunlight in the Bloodborne world. The new level takes place entirely in an area called The Hunter’s Nightmare, an alternate realm inhabited by former hunters who became too drunk on blood and were condemned to the nightmare. 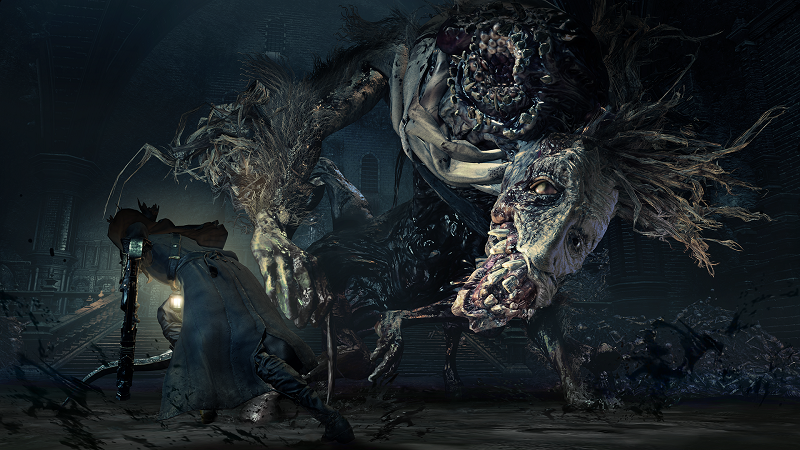 The area begins essentially as a warped version of Cathedral Ward; the general layout is the same, but as you get further into it, new, never before seen areas emerge. An early area demoed in previews is The Blood River, a crimson stream that acts as your main path to the first major boss fight in the DLC. I don’t want to spoil the whole thing, but a host of new levels like The Hunter’s Nightmare, Research Hall, and Fishing Cove cover the bulk of Bloodborne’s design playbook. From alien-like dark caverns and rocky, moonlit shores; to the high Victorian splendor of Bloodborne’s architecture, The Old Hunters takes place in its own self-contained microcosm. And seeing Bloodborne’s visual splendor in the light of day, really gives you a new appreciation at how beautiful From Software’s PS4 outing really is. The colors pop in unimaginably nightmarish ways, and the blood river is just an early showcase to the game’s brilliant visuals. With it all of course, are a host of new enemies and deaths.

The new area adds a few unfair traps and gimmicks, definitely in an attempt to pad out the length of the relatively shorter DLC. A few insta-kill deaths had me groan in frustration, and an early mini-boss, a hulking tentacled brute that mainly wields a large axe continues to vex me anytime I need to backtrack to the beginning. That being said, the DLC’s difficulty is decidedly less rooted in experimental, death-and-learn methods than it is by flooding you with tough enemies at any given time. The primary enemies in the Hunter’s Nightmare is appropriately, hunters. They have less health than the few enemy hunters you encounter in the base game, but they wield weapons and guns- just like you, and if you’re not careful, can take you out in just a few brutal hits. 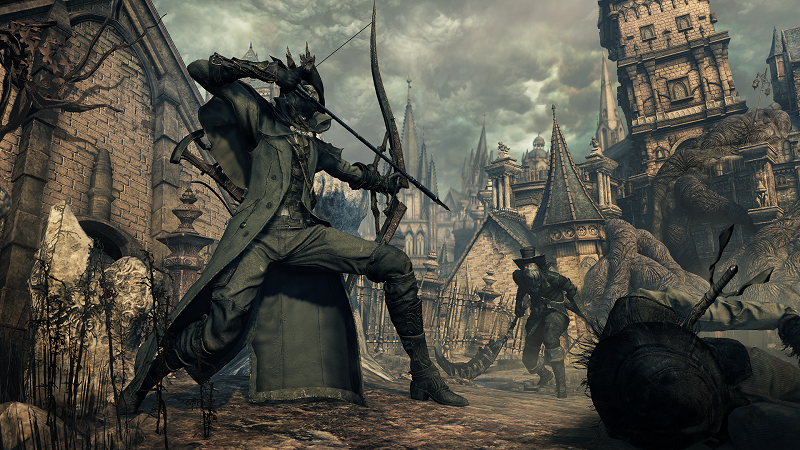 I don’t know how I feel about this, but it gives me plenty of fodder to play around with the new weapons I’ve discovered in the DLC. The game adds in a slew of new weapons, and the one’s I discovered so far are primarily from the Powder Keg. That means they are all mostly trick weapons that are immensely fun to play around with, but perhaps not too practical for direct combat. Still with a weapon like the Boom Hammer, a large melee hammer that explodes upon impact, it’s hard not to smile swinging around what is essentially a nuke on a stick.

Now for the story – full disclosure, I didn’t complete the DLC. I’m about a boss or two away from finishing the whole thing, but with additional NPCs I have yet to discover, and areas I still need to explore in The Old Hunters, I’m kind of surprised that my playthrough is taking this long to complete. So while I can’t divulge any details about the DLC’s endgame (primarily because I haven’t seen the endgame myself), I can tell you that the game adds more of that sweet, enticing lore for all of you completionist. There is new information about the various factions that ruled over Yharnam, the role of the religious order is expanded, and a new faction of characters are introduced. It’s safe to say that there will be more to discover as I parse through more item descriptions and visual clues, but for now I’ve received a look at perhaps how the hunters fell from their original roles as the church’s defenders. 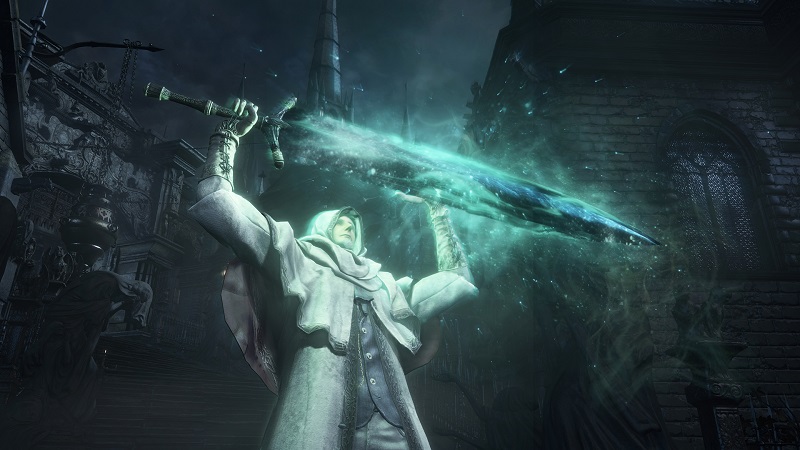 Like Artorias of the Abyss and The Lost Crown before it, The Old Hunters seems to be acting as closure for the base game narrative. While I haven’t encountered the final parts of The Old Hunters yet, I’m expecting to pour even more hours into the game before finishing.