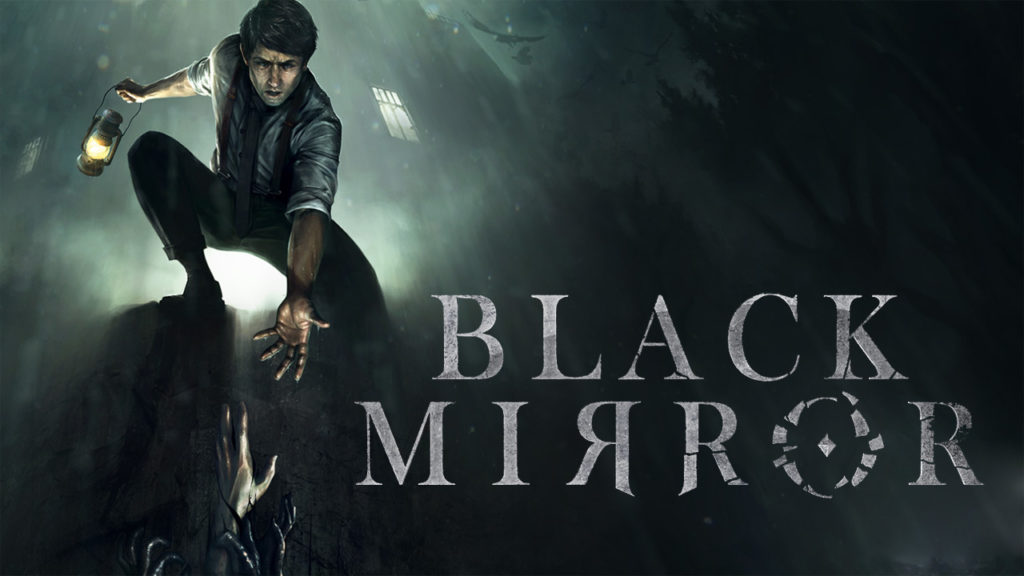 In Black Mirror, 1926 Scotland is haunted by far more than the mysterious Gordon family curse. Riddled with technical difficulties, long loading screens, and awkward character interactions, Black Mirror, unfortunately, fails to deliver on its promise to revisit an updated version of the beloved point-and-click murder mystery.

Entering this new take on the gothic tale opens with John Gordon in a frantic sprint away from some faceless aggressor. The tone and setting are interesting enough, but the game was quick to reveal it’s a technical nightmare. The opening scene loses its urgency during the pursuit as the game struggles to switch between giving the player control and cutscenes. The indecisive design of taking the game back and forth from the player meant long loading screens during a time we’re supposed to be engaged with a man clearly frightened for his life. This is where Black Mirror lowers the bar for the rest of the experience.

As John Gordon ends his own life in the opening scene, we’re introduced to his son, David. While David himself never proves to be that interesting, the mystery surrounding his family name at least is. The setup in the first half hour or so of Black Mirror continued to the beat of technical challenges, but the world and tale that feels promised so early never develops into anything of interest. The castle in Black Mirror is a gothic, eerie fortress that is initially exciting to explore. However, learning about said location is painful as the stiff character interactions continue to add to Black Mirror’s technical woes.

It’s not just about the voice acting, either. While all of the character performances did sound robotic, it was the awkwardness of the game’s continued technical failings that were more distracting. More often than not, David was completely turned around or facing to the side when entering an exchange with another character. Often making situations more comedic than creepy, David would begin the conversation facing another character entirely, but slowly turn the other way as the exchange went on until he was talking to someone behind him. In what was perhaps my favorite glitch, David quickly descended through the floor while talking to the maid and continued his conversation like normal. 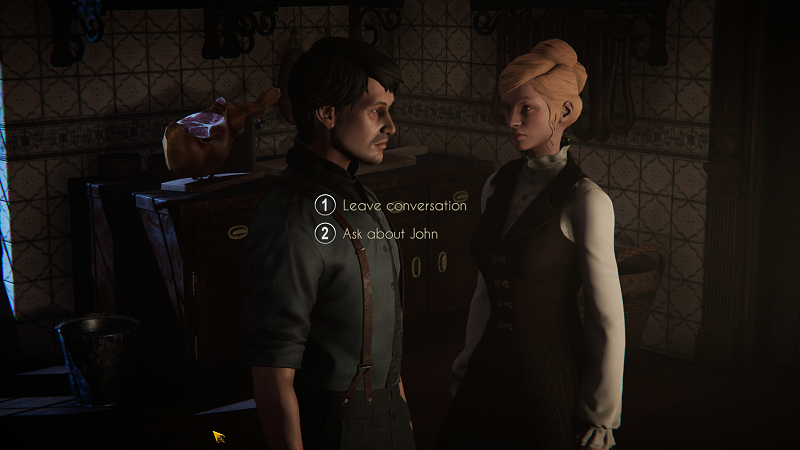 Exploring Black Mirror’s unsettling castle is also just more cumbersome than it should be. If there’s an item of obvious importance, there shouldn’t be a struggle to click that item. On more than one occasion, the game required I adjust and readjust the camera over and over before finally letting me select something that had been in the frame the entire time. It’s understandable the game wants players to be thorough and observant, not just handing them anything when solving a mystery. But making something like a giant picture on the wall a struggle to select seems unnecessary.

The tale of David exploring his family curse and desperately trying to understand why his father’s life ended in suicide was a dangling carrot for the entire experience. The game revisits past horrors of the Gordon household through ghostly vestiges looping their experiences over and over for the player to interact with and witness. David is haunted by strange voices and sounds the closer he comes to understand what’s going on. While the mystery and spectacle surrounding the curse were always intriguing, the story wraps up with one revelation it had been beating the player over the head with the entire time.

Regardless of all the bumps along the way, they were manageable as my interest in the story didn’t wane. Black Mirror’s most egregious failure came in the form of the game completely breaking, and that’s where I checked out. Just as it felt the plot was picking the pace back up, my adventures as David ended every time I interacted with another NPC. The conversation was unavoidable; I had to speak with her to progress. However, every time I initiated a conversation, the game would freeze, and the ride was over. Hoping to continue, I reached out to THQ for a solution, but have yet to receive a response. While there was no one with my particular glitch, a quick glance at the game’s Steam discussion board shows my Black Mirror experience wasn’t the only one that was cut so short. 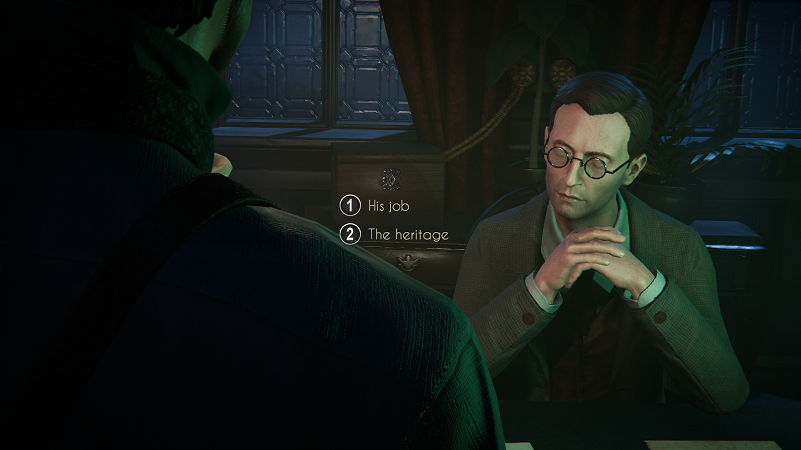 Repeated technical failings aside, Black Mirror has a promise of an intriguing game buried in there somewhere, it’s just been done a massive injustice. Adding to that disappoint, all of the glitches marring the experience make for some great sounds and music being abruptly cut or in a bizarre loop. There isn’t a lot of it, but the castle’s creepy ambiance feels completed by those noises that go bump in the night and a few haunting melodies.

Black Mirror was a disappointing experience, but mostly because there’s nothing more discouraging than having to start over from square one completely. With a glitch that completely breaks the game, it’s hard not to resent the entire experience. Given more time to work out the kinks and distracting technical misgivings, Black Mirror could have a more engaging story to tell. Unfortunately, as it stands, the mysteries surrounding the Gordon family name aren’t worth solving.