From its name, you can guess that an existential crisis is bound to occur in Beckett, The Secret Experiment‘s avant-garde adventure. At once a point-and-click and text adventure, it’s wrapped in layers of an experimental collage made up of assets pulled from real life. As you peel away the layers, the story unravels along with the eponymous main character’s mind.

Beckett really can’t avoid being described as a unique experience. It takes obvious inspiration from existentialism and Dadaism without being overly elitist or exclusionary. It hones in on the disturbing and disgusting corners of society with little reprieve, making your stomach and your brain churn in tandem. Although it sometimes relies a bit too much on cliché, I’m glad to have played it, much in the same way I’m glad to have visited the Museum of Modern Art — in many ways, Beckett belongs there. 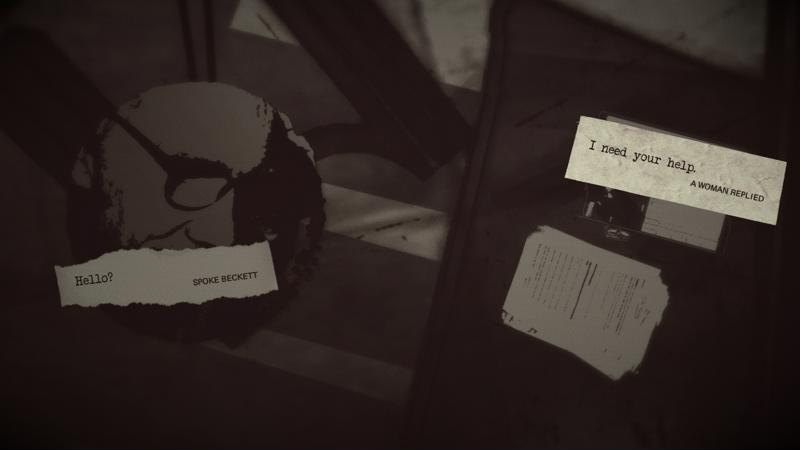 The game follows a weathered private detective called Beckett, who begrudgingly accepts an assignment to find a mother’s missing son. It’s mostly viewed top-down with brief intervals of text-heavy screens. Played entirely with a mouse, you explore locations by clicking on arrows guiding you along, and each area has clickable objects you can interact with. Some interactions prompt screens of text where Beckett waxes poetic about his life, and others provoke jarring imagery resulting from character reactions or Beckett taking a closer look at something. Beckett himself is represented by his circular portrait, while other characters are represented by miscellaneous objects that reflect their personalities or roles. Shoppers are coins, a park caretaker is a gardening glove, and hospital patients are the body parts that ail them.

The dialogue is all text, but characters emit distinct sound effects when clicking to interact with them — Beckett clears his throat, the hospital receptionist taps away on a typewriter, a flirtatious woman makes kissing noises. Some of the sounds are downright unpleasant, but Beckett doesn’t seem to care about your comfort. In fact, it tries to get under your skin with what amounts at times to barrages of insect imagery, dead animals, and gore. A portion of the game takes place in a hospital, where peeking in the rooms yields antiquated real-life footage of animal experimentation and other questionable procedures. 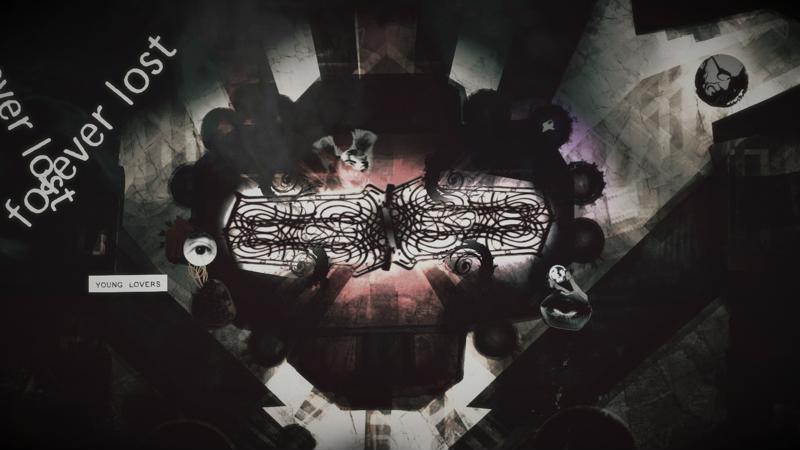 The screen zooms in and readjusts like an actual camera lens as Beckett moves through each area, and his thoughts appear via text as you hover over objects or characters. These are single words or brief statements that reflect the fleeting and sometimes intrusive nature of thoughts. It’s a nice touch that makes the game feel more organic. After speaking to a group of crass construction workers, the word “moron” materializes above them. Several different things prompt the words “I miss you” as the grief-stricken Beckett remembers his lost love, and therein lies its core.

Beckett is about a man who is struggling with the loss of his past while slowly losing his grasp on the present. He’s not yet content to simply exist and wait for death, all the while wondering whether his life has had meaning. These themes and the overarching story become less clear-cut as the game goes on, however. Many pieces of the game are representative in some way, and it’s up to the player to decide what the images represent, what’s really going on, and what kind of world Beckett is living in. 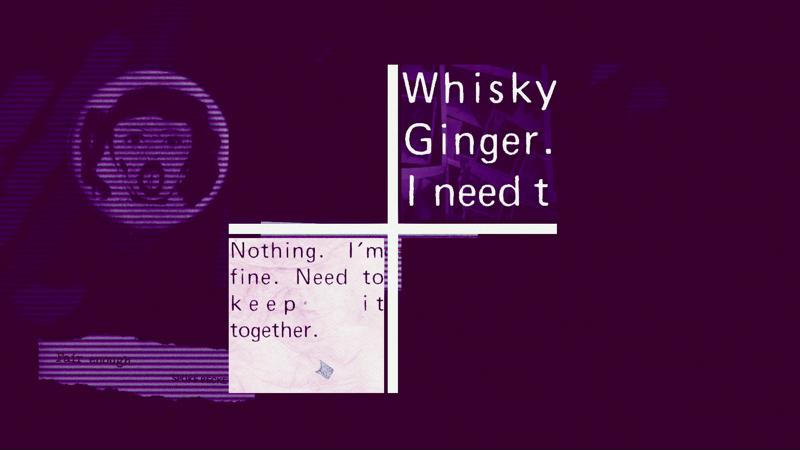 Sometimes, that world can come across as hollow. Beckett tries hard to be unconventional, at one point even boldly displaying the statement “This is unconventional” across the screen. The way the game invites you to interact with it is indeed unusual, but some of the writing falls back on tired tropes and feels a little bit like an amateur film script that’s trying too hard to be edgy. The hardened detective constrained by the government and his lost lover who has become a paragon in his memory are heavy-handed and can be tiresome. There’s a lot of putting people on pedestals in this game.

I enjoyed the story more when it panned out from Beckett and showed the wider world, the Orwellian city and its sinister encouragement of human exploitation. Regardless, the game is still enjoyable when focused in on Beckett and the young man he’s trying to find, even if their personal stories aren’t always effective. It’s how their stories are presented that makes the game worth playing. 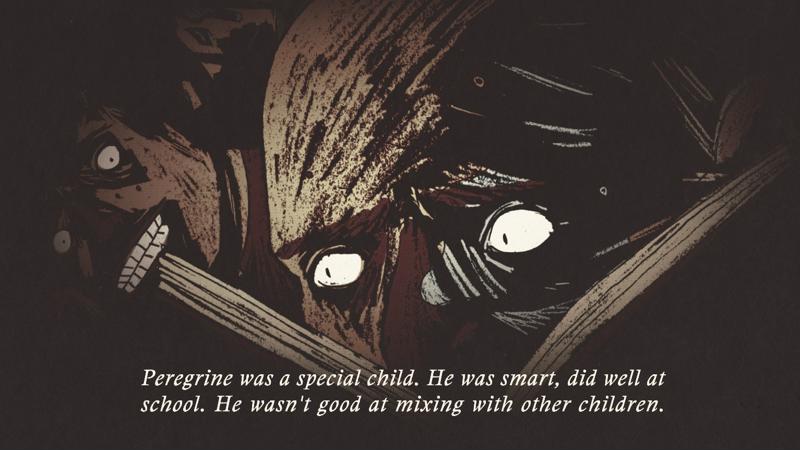 Most of the game progresses in a linear fashion, but there are a few instances in which you can choose how to interact with characters. There are at least two choices that affect the conclusion, as far as I could tell. You can replay a section of the game at any point after you’ve played it once, so it’s easy to go back if you miss something or want to do things differently, and each section is filled with enough detail to explore it twice.

Musical arrangements accompany each event and are among my favorite parts of the experience, beautifully transitioning and crescendoing in all the right places. At one point early on, clicking on a poster for a musical recital produces melancholy piano music, an immediate cue that it’s emotionally important to Beckett, and the rest of the game follows suit. 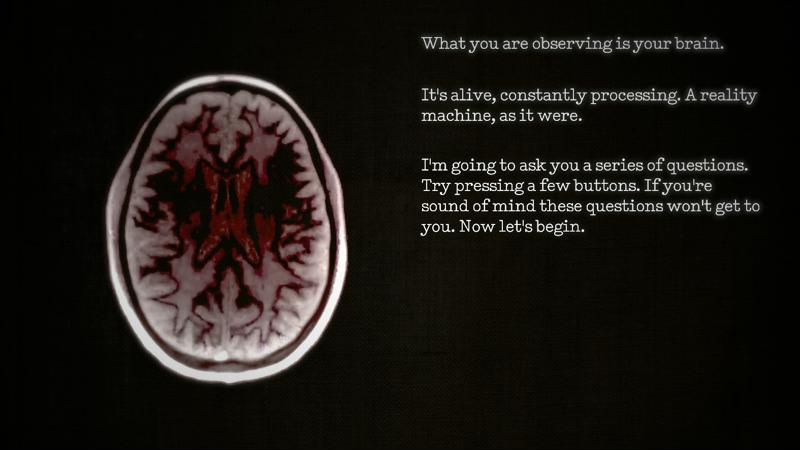 In some ways, Beckett reminds me of Mark Z. Danielewski’s book House of Leaves. Both defy description and challenge how we interact with the storytelling mediums we’ve grown accustomed to. Playing Beckett is wonderfully transcendent. It feels like walking through a city at night, piecing together a story from discarded scraps of paper and posters stapled to telephone poles.

The abundant use of insects in the game reinforces the underlying theme of what it means to exist. People in Beckett’s city treat insects as ornaments, wearing them around their necks and gluing them to café paintings. It’s almost as if they’re mocking the brevity of their own lives, or perhaps trying to distract themselves from it as they wonder if, in the grand scheme of things, we are but insects.

You can purchase Beckett on Steam or itch.io.