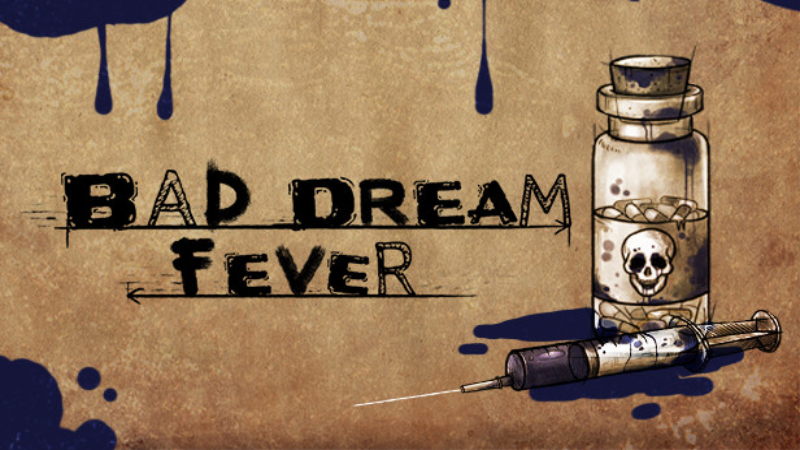 It’s no secret that I have a huge soft spot for indie games. Compared to the sea of barely distinguishable AAA titles, indies are like coming up for air. Their material, perspectives, and presentations are unique enough to make each one memorable in its own way. With the advent of self-publishing on Steam, many are also notable for being absolute trash, or consisting of incomplete ideas with plenty of promise but no real substance. Once in a while, though, you can find an absolute gem among the rubble. Bad Dream: Fever is one such gem.

This is not the first entry in the Bad Dream series. We’ve done a playthrough of Bad Dream: Coma on our Twitch before, and I found it enjoyable despite being incredibly hard. The puzzles in Bad Dream games are challenging and require the ability to make loose connections. The games are a bit like Jack Skellington creating brain teasers on a bad day, and that is what makes the series shine. There is a story underpinning the whole lot, but in each moment, players must focus on their current objective and the space they occupy. Any thought spared for the storyline before completing the game will bog the player down. 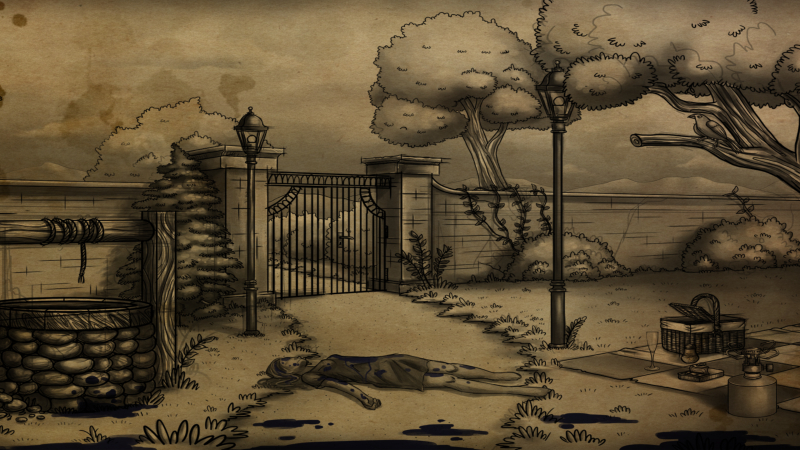 Bad Dream: Fever continues in the same vein, bringing complex puzzles, word association, memory games, and existential horror together brilliantly. It is not a sequel to Coma but instead acts more like a postscript. While Coma did have some cult appreciation and found a niche player base, the developer has said that it was a financial bomb. He also seems to have taken criticism to heart, doubting his ability to rise to the occasion and make a better game. This self-doubt and loathing is the skeleton upon which the meat of Fever hangs. An artist unsure of his work has become the beast that destroys it.

As with Coma, there is a guide to help players navigate the world and explain new objectives. Players are accompanied by the beautiful and mysterious Ella from beginning to end. While her face is covered with a plague mask, her outfit and figure suggest attractive qualities. That manages to offset her abrasive personality, an intentional feature that helps drive the story forward. Everyone has met an Ella in their life- pretty, smart, and accomplished, yet gratingly self-interested and entirely rude. Ella manages this in a way that is at least entertaining, though several players have complained about her on the Steam page and forums. 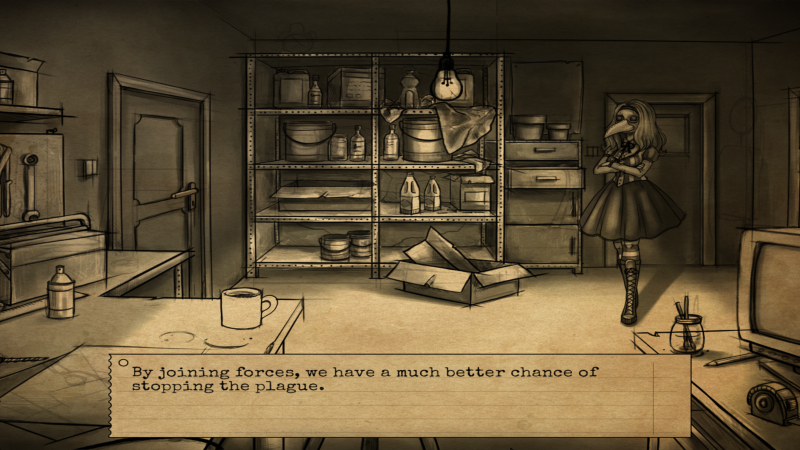 Also following in Coma‘s wake is an epic point-and-click adventure in ripping your hair out. Fever‘s puzzles are not always hard, with some merely requiring players to have a keen eye while exploring, so they know where to find an odd item later. Locating all of the components for a potato-powered clock, searching the entire city for coins hidden in various places, or convincing a doll not to be angry that you took her map? These are less straightforward. That’s the beauty of Bad Dream, though. It is brain-wracking and often requires players to reach out for help from others who have passed the same point in the game. If Eeyore and Asemblance had a baby, the Bad Dream series would be it. This incredibly sad, abandoned world, with its intricate puzzles, is a swan song to perceived personal failure. It is the desperation of a developer put out for the world to experience. Each puzzle is hard, sure, but each success brings elation and relief. Bad Dream: Fever never overplays its hand, bringing a new level of restraint to the series that makes it even more enjoyable.

Fever also seems to pull more heavily from its inspirations this time, playing heavily into the Inception-style game-within-a-game-within-a-dream setup. Along the way, puzzles and scenes reminiscent of popular games and stories begin to take on new life. Coma gets a fresh take, as well, with players revisiting a few of the areas from that game. There are shout-outs to Coma peppered throughout Fever, but new players do not need to worry about finishing the original game before playing Fever. It will not affect your outcome or understanding at all. Fever has a different, more personal story to tell, and it does so eloquently. 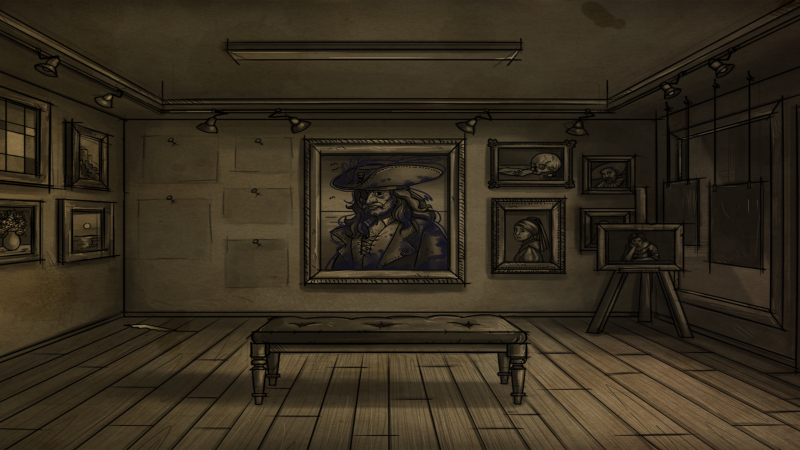 This is not to say that there are no flaws in the game. Some puzzles are truly impassable without online teamwork, though that is a feature in my mind. To many players, though, having to ask for help with a puzzle is a fatal error in development. As with Coma, there are many instances of artistic language localization. While I never had any trouble understanding the point of what was said, I did get a few giggles out of the translations throughout Fever. That isn’t always what developers are going for with horror, so playtesting with an extra native English speaker in the future would probably be a good idea. The simple art style and ambient sound effects are easy on computer resources, so the game runs smoothly, even on laptops. All dialogue is via text in a clean font, so players with hearing disabilities can easily enjoy this game. The visual style is black line art on a sepia background throughout most of the game, but there is a section with colored backgrounds that include a slow flashing light and others that require seeing through some scribbles, so moderately low-vision players may have some difficulty towards the end of the game. Sirens and alarms occur throughout the game at different places and last 10- to 30-seconds each, and there are some pinging metallic noises when interacting with some objects. Players with hearing sensitivity or other auditory sensory issues may want to play at a lower than average volume.

Bad Dream: Fever is a game worth playing, and absolutely worth its asking price. Its rock-solid story is touching and expresses a kind of personal dread players do not often see from developers. That human element is what sets Bad Dream: Fever apart, while the satisfyingly frustrating puzzles should keep players engaged. I would recommend this game to anyone going through a period of self-doubt, as well as seasoned connoisseurs of obtuse puzzle games (Myst players, this is your moment). As for Desert Fox? If you are reading this, take a moment to reflect on everything I have said here. You’re doing fine, and you’re making good games. Keep going.

Bad Dream: Fever is available for Windows on Steam.

A code was provided to Rely on Horror for the purposes of review, but this reviewer purchased their own copy of the game.