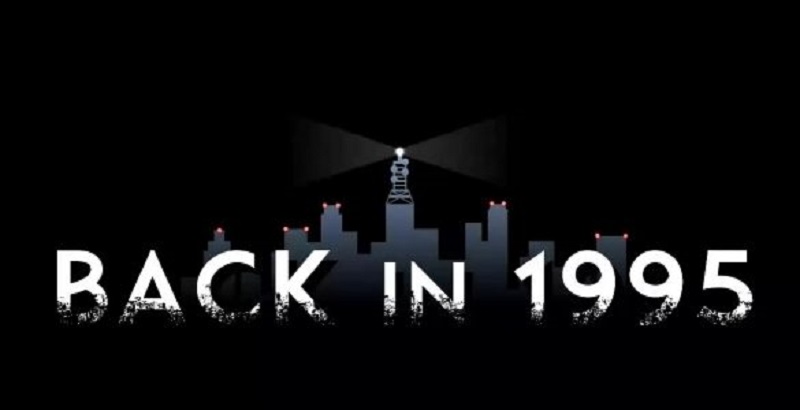 Back in 1995 is both the title of the game, and the start of a long rant. “Back in 1995, games were like this!” says indie developer Throw the Warped Code Out. The graphics are reminiscent of the first Resident Evil and Silent Hill games on the first PlayStation. Even the tank controls make a comeback in 1995. But how does a game like 1995, with the all the benefits of learning from the classic 90s horror games, hold up to its influences?

The answer to this is dependent on how strong your nostalgia is for the PS1 era of games. I booted up the PS Classic version of Silent Hill 1 just the other month. After all this time I still found myself enthralled by the atmosphere Team Silent managed to create with the technology of the time. It’s not necessarily fair to compare 1995 with one of the greatest horror games of all time, but unfortunately if you build your game to callback to those specific games, you best bring your A-game. Unfortunately, in light of everything, 1995 feels woefully unprepared. 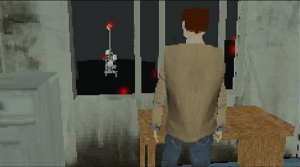 You play a man named Kent who finds himself alone on the roof in the midst of an apocalyptic event. Soon, the usual steps begin for a survival horror game. You try to figure out where you are, why you’re there, and how to survive the monsters you quickly begin encountering. The first enemies you see look like giant, floating poops which really threw me off if I’m being honest with myself. I couldn’t decide if it was comical on purpose or not, which might not be a good sign.

Everything else is pretty much the same as you might remember games like this to be. The controls are done in a throwback “tank” style (point yourself in a direction before venturing forward), which is actually way more comfortable on a keyboard than a gamepad. Or at least that’s my opinion. You accept quests from fellow survivors, collect quest items, and engage in a little melee combat using whatever blunt instrument you can find. There’s even an option to use a filter to make the screen look like it’s playing on an old television set.

Exploring around the locales in the game brings back similar levels of nostalgia for the games 1995 pays homage to. The game’s locations evokes the look of these old Japanese classics, and it’s really quite charming. If you grabbed a screenshot of the game, put in with a bunch of grabs from other 90s games, you probably wouldn’t be able to pick out that 1995 came out in 2016. 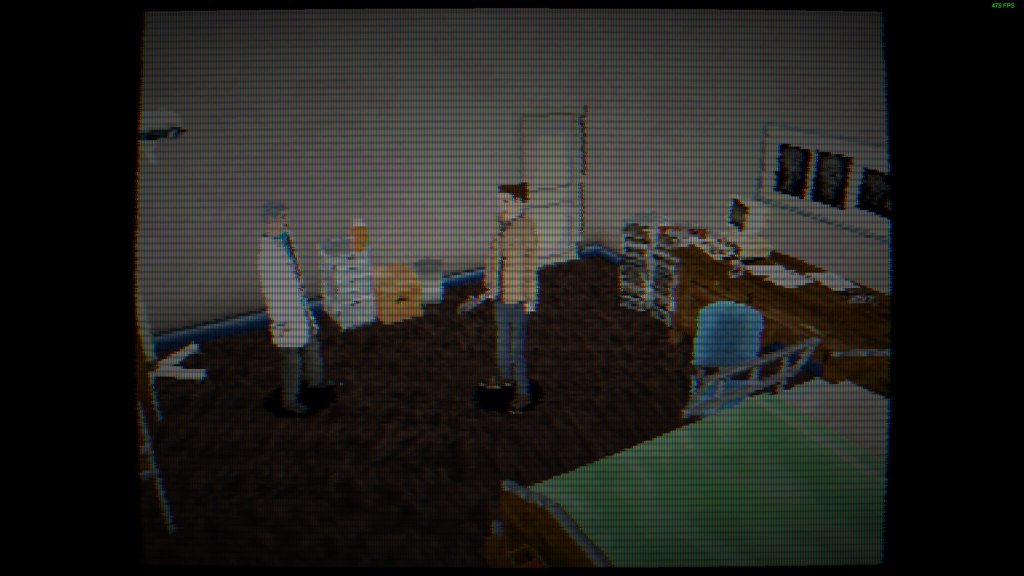 The problem is that in its pursuit to be like the games in which it’s inspired by, Back in 1995  merely emulates the surface value elements; t’s very disappointing because the inspirations seem to end at just the aesthetics and the gameplay. Everything that makes a game unique like plot, atmosphere, and design are severely lacking here. The plot of 1995 makes no sense, and it quickly becomes clear that plot isn’t important for the developers. Instead it acts as a sort of meta commentary on the genre and look of these games. That’s fine conceptually, and  a testament to the developers for nailing the technical bits of 1995 down to a solid science. But there’s just nothing here that’s original enough to care for the game’s heroes.

The enemies, which become a little more varied the further you play, are still fairly generic. One of them even looks like a straight copy of some Resident Evil creature. Likewise, the locales you visit never turn into something visually stylish like the otherworld in Silent Hill, and the AI is pretty lame at best, often ignoring the player when you move just a little bit too far away.

If I sound harsh, it’s because game developers in the 90s did way better with way less. While I honestly didn’t go into 1995 expecting another Silent Hill, I did go in expecting something original. Unfortunately, all I got was the look and feel of older 90s horror games, without any unique vision to either make 1995 special, or at least separate from those same games. Instead we just get a well made shell of the 90s. Back in 1995 is a nice little, commemorative item but nostalgia really only goes so far without anything original to offer.