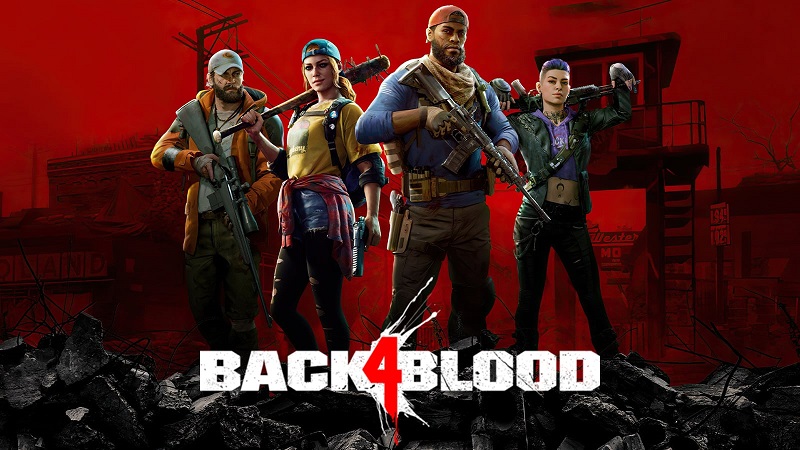 It’s amazing that I managed to scrape through my undergrad years, back in the mid-2000s. It was a heady time of new friends, newfound independence, enough alcohol to power an airport, the occasional lecture, and of course, hours upon hours of the original Left 4 Dead on Xbox 360. Valve’s classic team-based zombie shoot ’em up was a perfect accompaniment to procrastination and bottom shelf red wine. It’s not so much a “good game” these days as it is more a reminder of a time well-spent back when I was in my 20s. And now, we have Back 4 Blood.

Who here is sick of Back 4 Blood being compared to Left 4 Dead? If you count yourself among those people, it’s probably best to back out of this review right now, because, for better or worse, there’s simply no way to talk about the former without talking about the latter. You know how people have been trying to fill that PT-shaped hole in their heart by referring to a slew of indie horror games as a “spiritual successor” to Kojima and del Toro’s masterfully suspenseful demo? The comparison between B4B and L4D is similar, only a lot more on the nose. Even the name Back 4 Blood is evocative of its Valve-developed predecessors. The game is, for all intents and purposes, Left 4 Dead 3, and it seems that even Turtle Rock Studios wanted everyone to know that. So let’s get that out the way and move on. 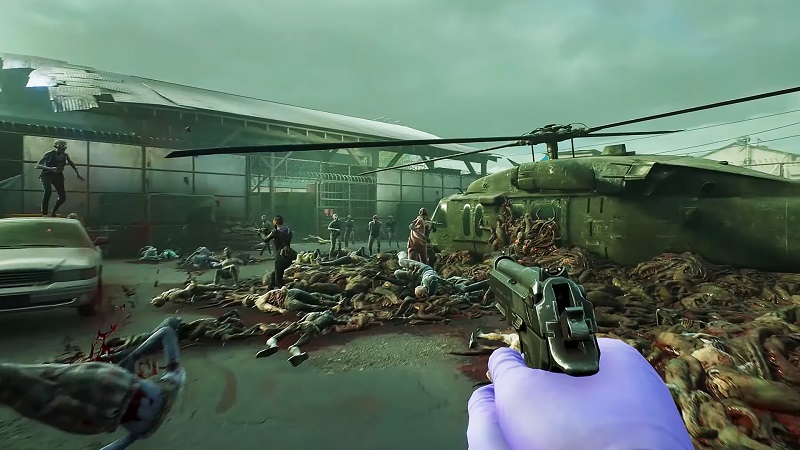 For the uninitiated, Back 4 Blood is an FPS game that tasks players, known as Cleaners, with gunning down a population’s worth of zombies known as the Ridden. Why are they called the Ridden? Officially, it’s to do with the human hosts being nothing but vicious vessels for the parasites that have infected them. Unofficially, you could argue it’s because no one wants to use the term “zombie” anymore. The Walking Dead calls them ‘Walkers’, 28 Days Later refers to them as ‘The Infected’, even Shaun of the Dead refuses to acknowledge the “z-word.” That’s fine. We can work with that, but we all know what we’re talking about.

In each chapter of each act, players will begin in the safe room, the last bastion of peace before they make it to the end of a level. Here, it’s important to stock up on gear, max out ammo, and that any additional equipment, such as grenades or medkits, is procured. Once in the thick of it, the fun begins as the Cleaners make their way across the fictional American town of Finleyville. They are quickly set upon by hordes of the Ridden, as well as numerous special infected creatures that require a degree of focus, teamwork, and that may test the very mettle of the human survivors.

The plot is simply a case of completing a number of objectives through each chapter, rescuing other survivors, or securing equipment. It condenses the world down into a believable, local area, yet implements enough variety to keep the gameplay interesting. Of course, we’re not interested in the plot as a whole. Maybe we care enough to know what needs to be done in each act, but here, the story is simply a means of contextualizing everything so the game doesn’t just feel like an empty run-and-gun affair. 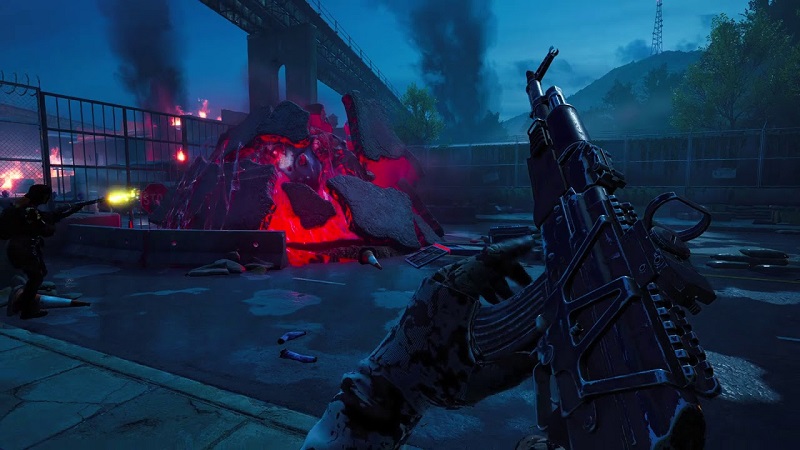 Where Back 4 Blood shines is in its visuals and combat. Arguably, the latter is going to be the linchpin of the game overall, so getting this right was paramount for Turtle Rock. Luckily, what they learned during the Left 4 Dead days has been neatly carried over into Back 4 Blood. While the action can seem downright chaotic at times, it’s generally a slice of high-octane zombie shooting that has perhaps been missing from gaming lately. There’s also the card system, which is something the studio tried to push out as some kind of USP (unique selling points). Essentially, it provides players with the opportunity to build decks, with selected cards giving additional perks, or balancing perks with disadvantages. It’s not something the game would suffer much without, but for those who like to build decks (I’m looking at you, Magic the Gathering enthusiasts), it can tip gameplay in favor of the player.

Unfortunately, the game has some disappointing flaws. One of the biggest bugs that have riled up the community is the game’s insistence on always online, multiplayer gaming. Now, given the game’s roots, it’s not surprising that the studio wants people to play online with others, but to remove player progress in single-player offline modes is something that’s been a thorn in people’s sides. Even if that wasn’t the case, the AI bots are somewhat lacking in polish, often glitching against mildly challenging terrain or even standing still entirely.

There’s also the question of pacing. While acts are often filled with crescendo events, mid-bosses, hordes, and back-and-forth missions, there are still some problems with the flow of the game. Oftentimes, there will be moments in which play will come to a halt and it becomes something of a chore trying to work out where to go next. This isn’t necessarily due to a lack of an objective marker (there is one), but there’s something about some of the layouts that lead to momentary interruptions in the action-packed free flow mechanic that makes the game so good. 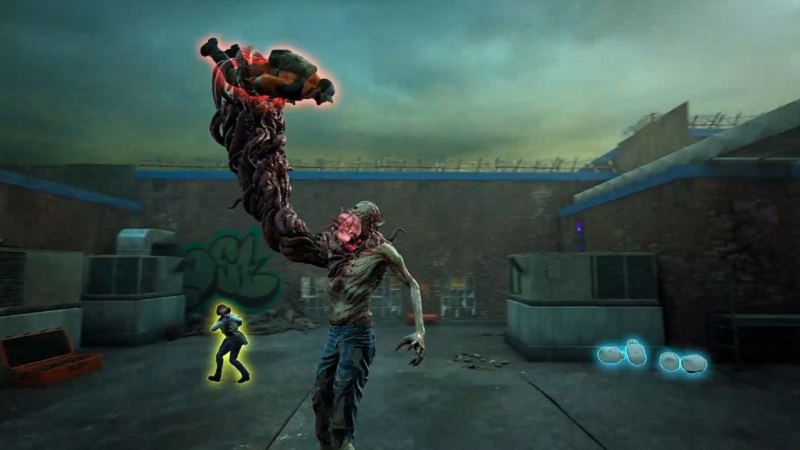 Overall, Back 4 Blood is a solid team-based shoot ’em up that capitalizes on the current multiplayer horror trend. More than anything, it’s a callback to a decade or so ago, answering the prayers of fans with a certain type of zombie-centered bloodlust. However, it also suffers from some of the modern problems that are symptomatic of such huge releases, namely that of unpolished assets that require future updates. This has long been a normalized part of the industry and seen as a burden by many.

There’s not much else to say about B4B other than it obviously benefits from four players, preferably friends. While it could have benefited from slightly smoother pacing, better AI, and a vote-kick system (which the studio is working on), it’s still a welcome return to a goal-based shooter with a unifying teamwork mentality set in a global pandemic. Wait. Is the game trying to make a statement here?