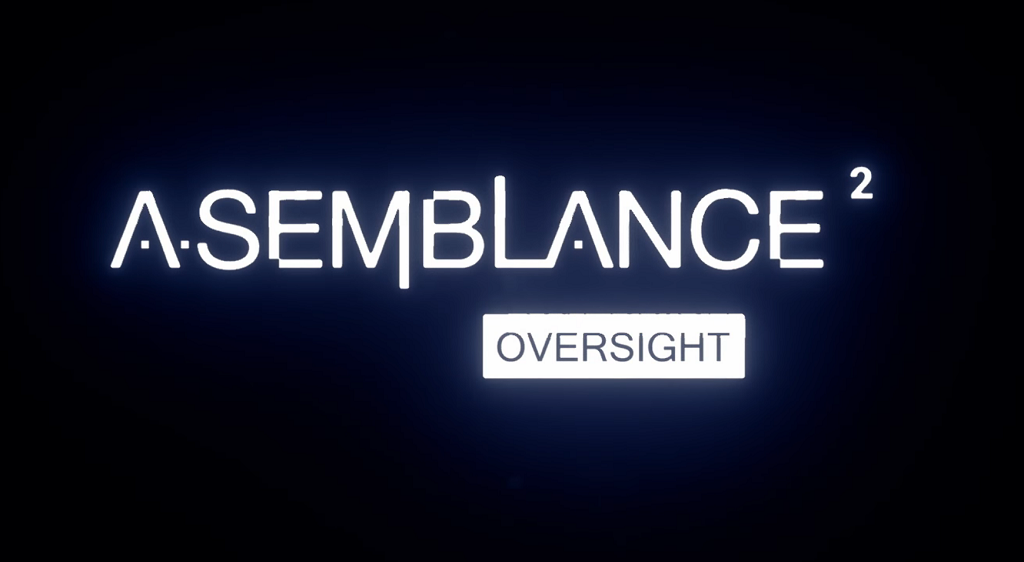 It feels like a century has passed since I first stepped into the strange machinery of Asemblance. One batty artificial intelligence program and four thousand loops later, I was in love with the concept. Memories you can visit and interact with, stored as files in a computer that chaperones your visits and knows what is best for you? The Black Mirror-inspired story set my science fiction loving heart ablaze. All too quickly, though, it was over, and there were no remaining puzzles to be solved. Developer NiLo assured us that there would be another entry, so fans of the intensely community-focused horror settled in for a long wait.

Earlier this month, that wait ended with very little notice. There was an ARG with hints that eventually led to the soundtrack or images from the sequel, and there was an announcement that Oversight would arrive in June 2018. When it finally launched, though, there was merely a post on PlayStation’s website, with the game launching the very next day. It is fitting that Asemblance: Oversight was released similarly to the first entry in the series. While it functions as a standalone game, everything about Oversight feels like coming home.

First things first — the mechanics of Asemblance: Oversight are exact the same as those of Asemblance. Players who spent time in the first game will be able to instantly pick up the controls, though they are not so complicated that new players are at any disadvantage. As with the first game, there is no combat. The infinite loop is there, as well, along with a few subtle treats for returning players. One could easily play the games back to back and feel that they were two chapters in the same book, with the minor issue of entirely different underlying themes. 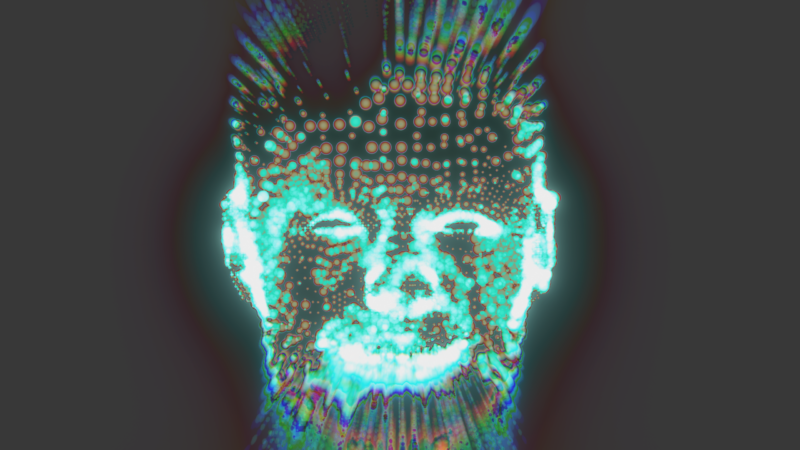 In Asemblance: Oversight, players join a newly voiced AI system in a state of disrepair, acting as a comrade in the search for the truth. Before finding the answers, players must first discover the question, as no context is provided at the outset. Instead, the first few trips into emerging memory sequences are spent trying to figure out what “Management” doesn’t want you to know. These answers reside in the ensuing shifts through time and reality, but others quickly arise to take their place. As with the first game, Asemblance: Oversight leaves a fair handful of loose ends, though this time it seems that they might be guiding players to join the ARG.

It is no secret that Asemblance is a community-driven game, with the developers intentionally creating puzzles that would require many people working together tirelessly to solve. This system of leaving clues for players to report to the group, analyze, and compare notes has been refined to a more enjoyable level this time around. Clues have discernable real-world counterparts, hints at out-of-game actions are more obvious, and the mechanics of shifting are less obtuse. By tying shifts to The Source, an ethereal cube comprised of sentient data, NiLo lets players focus on important items rather than staring at every shadow or oddly colored pixel on the wall in the hopes that a random shift will occur. That simple change makes the game much more enjoyable and creates a smooth player experience missing in Asemblance. 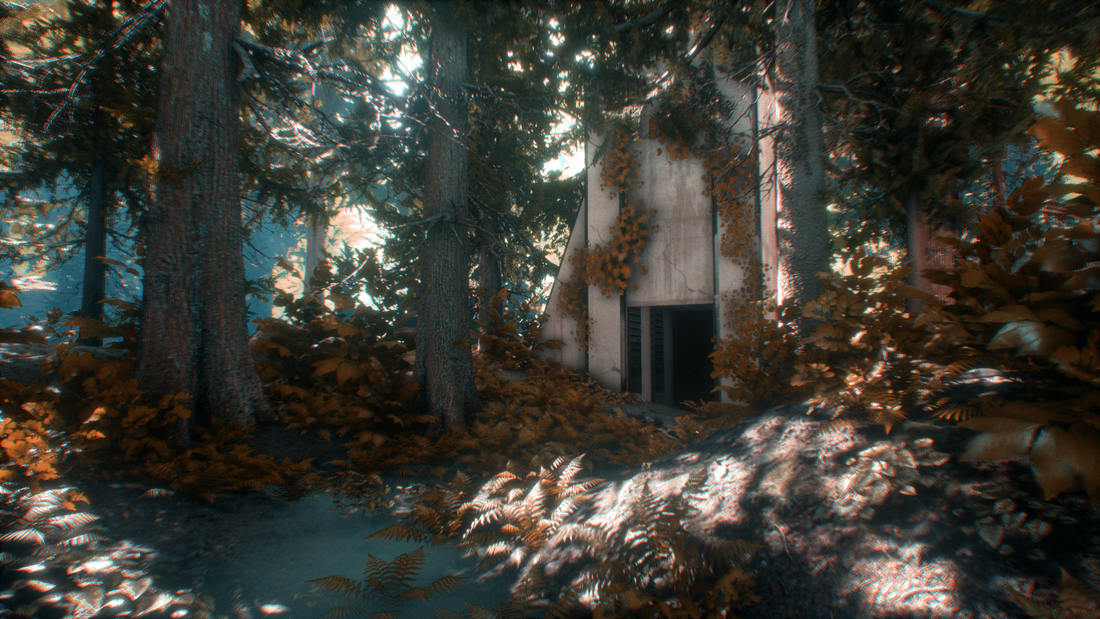 Another positive change is the addition of more interactive objects. There are more shifts in this entry, and each contains hints for others left in changing documents, recordings, images, and even active memories occurring in some shifts. Where the first Asemblance game was hard to defend against the dreaded ‘walking simulator’ tag, this one requires such focus and interaction that detractors can be easily corrected. This is an intense puzzle game, though it is not filled with the types of puzzles every gamer will enjoy. Rather than requiring players to grab a key from one room and carry it down the hall to the only door lit with a spotlight that could sear a hole through Earth, Asemblance: Oversight asks players to pay attention to names and images, then call upon a working knowledge of basic science. An early sequence in the game seems inconsequential at first but leaves an unmistakable impression that you have seen this place before. You have, and that sets the stage for every single puzzle in the latter half of the game.

It is worth noting that the endings to Asemblance: Oversight were found by different players working together on a pair of player-run Discord channels. While I did not personally experience any glitches in either the PC or PS4 versions of the game, some players in the chat did note issues. These ranged from a now-patched run-in with a disembodied cackling head, to loading problems and item malfunctions that required players to exit and restart the game application before moving on. Players looking for accessibility information will be happy to know that there are subtitles for the dialogue within the game. Visually impaired players may have some issue with the brightness levels in some shifts, though I found quick changes to gamma settings made it easier to read any text. Finally, players with light sensitivities will want to know that there are some parts of the game with intense flashing light. 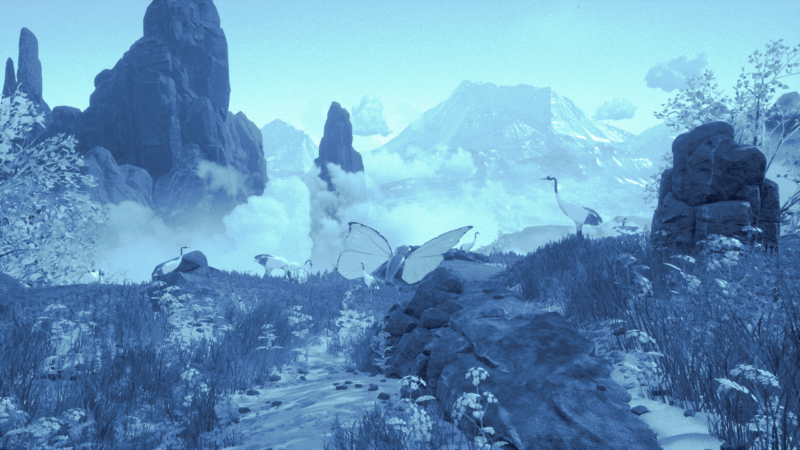 It would be unfair to state that Asemblance: Oversight is a perfect game. It is not for everyone, and there will always be those who throw a fit when they hear its name. There is no action, the puzzles are deceptively complex, and the payoff might not appease those players who feel that their efforts should result in a neatly packaged ending. NiLo doesn’t develop neat endings, nor do they specialize in action-oriented games or combat. What they do is unique, focusing heavily on intriguing storylines and encouraging players to think hard and work together. In some tenuous way, reaching the final ending in an Asemblance game feels like ASMR. There is a satisfying tingling in the back of your head like you’ve stretched some mental muscle you had forgotten exists. While it isn’t — and shouldn’t be — for everyone, Asemblance: Oversight is a rare treat for players who want to expend that effort, with the understanding that there are some questions meant to be unanswered. Sometimes, the best truths are those you stumble across within yourself.

Steam PC code provided by the developer for the purpose of this review.