Review: Among the Sleep 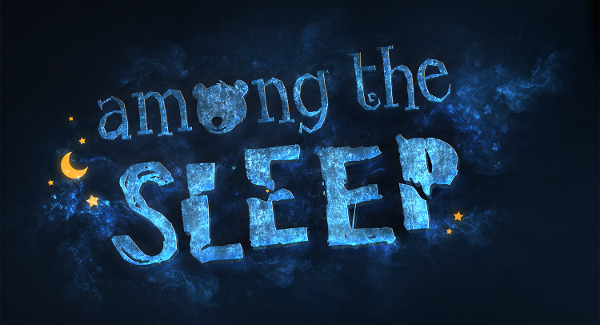 Krillbite Studios successfully funded their first game on Kickstarter in May of 2013. It has been a full year since then, and Among the Sleep is now being released for all to play.

Among the Sleep instantly grabbed my attention when it was first announced due to its interesting premise and an unlikely protagonist: an infant. The survival horror genre excels at making players feel uncomfortable due to an increased sense of vulnerability. Playing as a small child meant that this game would star a protagonist that’s greatly disempowered and not suited to fight, let alone escape from surrounding horrors. Krillbite has an exceptional premise, one that I had hoped would become one of the best horror games this year, but the execution leaves something to be desired.

Among the Sleep begins at a kitchen table. With our unnamed protagonist being fed cake by his mother, we’re given a charming introduction to his little world. Soon after he is placed in his room to play. The room is filled with some toys and the game’s companion, Teddy – a cute, talking teddy bear. 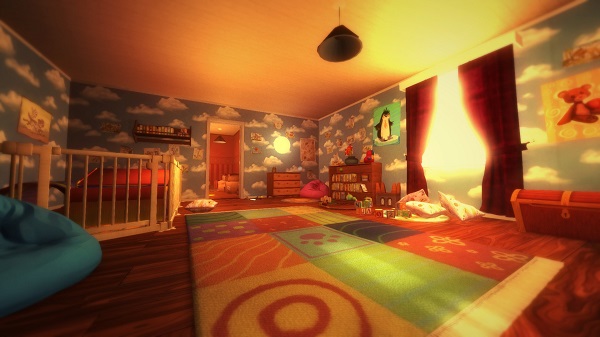 When night falls it is when this little boy’s adventure begins. Among the Sleep is a game about a child in search for his mother – playing on relatable feelings that many of us can say we’ve experienced one time or another when we were children. The protagonist, aided by Teddy, goes in search for his missing mother throughout his home and eventually into an abstract nightmare world.

Being of short stature and low on motor skills, the child in which we play as cannot run, only waddle or crawl – crawling being the faster of the two movements. In order to interact with something out of reach, climbing is necessary, with players having to drag furniture to the right spot and then climb on top of it in order to reach a goal. Puzzles are fairly simple and requires obtaining a key item and taking it to its designated area, whether that be a key or the game’s one of four memories, which are needed to progress to the next level. 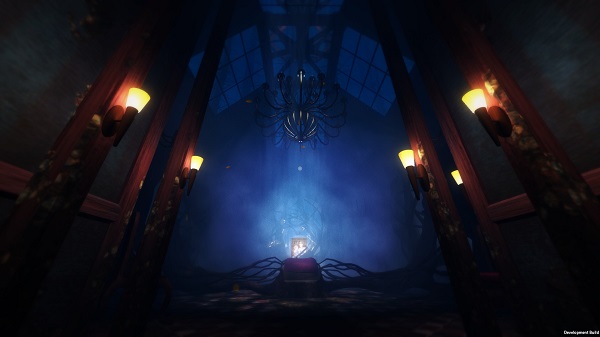 Level design in Among the Sleep is certainly one of the game’s highlights. These stylized worlds meant to appear to be conjured by a child’s imagination provide a lot of the game’s sense of mystery and intrigue as it’s hard to know what to expect next. Twisted renditions of the boy’s home, playground, and familiar locales are present, and the game does a fine job of being visually interesting, despite being mostly linear with the occasional backtracking for puzzles.

Sound design in Among the Sleep is also quite exceptional, although the review build that I played had a few mixing issues (which are supposed to be addressed before launch). Each level in the game features a wide variety of unique and scary sounds that intend to keep players on their toes while thankfully not being jump scare audio cues. But this is where my biggest issue with the game stems from; most of the “scares” in Among the Sleep come from its sounds, making the game largely uneventful.

The latter half of Among the Sleep‘s short campaign is perhaps the best as there’s actually a threat to be concerned with. It takes too long for something threatening to be introduced, and despite the game being filled with sounds that allude to potential dangers, I became cognizant of its audio-only scares and tricks fairly quickly. This resulted in a good chunk of my time with the game being somewhat boring.

Once a threat is introduced, in the form of a stalking shadow that pursues when it makes visual contact, the game picks up and resembles more of what I would have expected from a horror game that stars a small child incapable of fight or flight. Hiding from this shadow comes into play briefly but is not a core focus of the game from here on out. And while I do appreciate the amount of restraint used in the game’s use of a patrolling threat similar to something found in Amnesia, there still seems to be a missed opportunity to introduce some additional scares throughout the whole game. 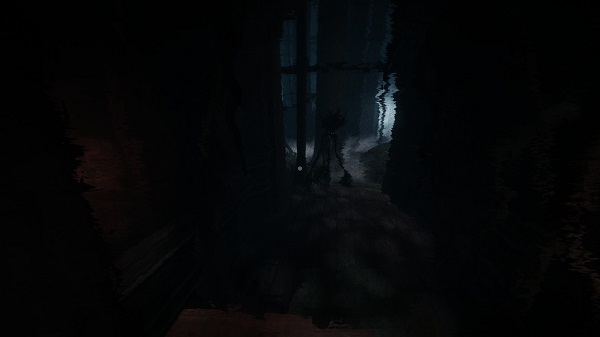 Among the Sleep‘s short two-to-three hour run-time includes some great ideas and design, but the overall experience feels lacking. Lacking in the terms of scares, most of all. I’m all for a slow buildup until things really start to become chaotic and terrifying, but some of the game’s best moments occur in the last half hour. The ending of the game is worth giving some notable praise, though, as I did not see it coming and it’s pretty effective in its message.

All in all, Among the Sleep is a tad disappointing but far from mediocre. It also shows a lot of promise on the part of Krillbite Studios and their talented staff. For their breakout title, funded through limited Kickstarter funds, I’m impressed and anxiously await their next project.