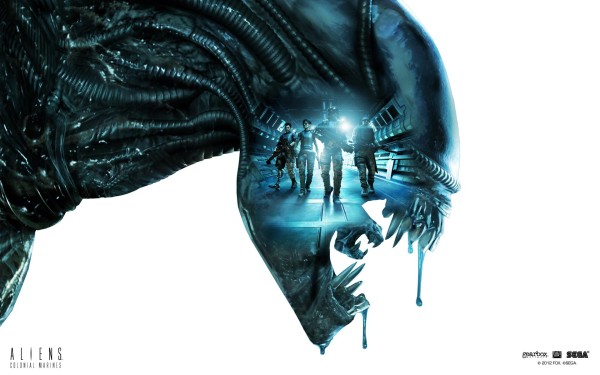 The wait is over. Aliens: Colonial Marines is finally out after many years of development and delays. Gearbox and Sega bring us back into the world we cherish so much and add a new chapter to the Alien chronology. Once again we are thrust into the fray with Xenomorphs lurking within every shadow. With great care, they have recreated set pieces from Aliens and brought the world of the Sulaco and LV_426 to life, but is it everything we had hoped it would be?

First and foremost, the game is visually stunning – although not in the traditional sense of the word. With flat textures, terrible clipping issues, deplorable rendering times and stuck Xenos, it’s an incredible let-down. The developers do a great job, however, of bringing the famous set pieces to life and you really feel like you are visiting the iconic locales of the films. All the nuances were covered, from the acid spill that forced the cryo-tubes to eject at the beginning of Alien 3 to the lonely pair of Bishop’s legs which are laying helpless near the airlock where Ripley lured the Queen to her ultimate demise. Throughout the game you can easily tell that it was made by people who really care for the series and who took the time to make the the references right. Even environments not in the films fit right in and are just as detailed and ominous, but it is painfully obvious that the only thing they were concerned with was the nostalgia because where a set piece is sure to bring fond memories to the forefront, the graphics fail miserably. I don’t enjoy judging games by their graphics and I cannot stand people who criticize games unfairly because of them, but there is a standard these days that should be upheld especially with a title like this. 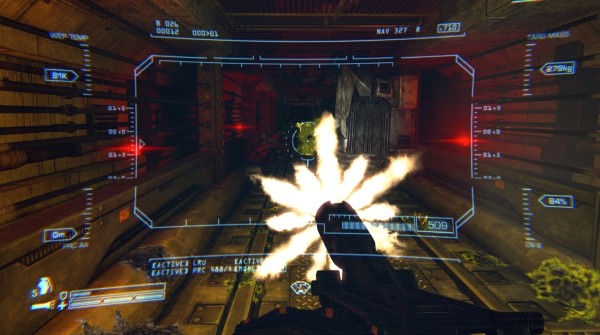 The gameplay is pretty similar to Rebellion’s previous release, Aliens Vs. Predator, back in 2010; there are subtle changes, but the feel of the pulse rifle and grenade launcher are eerily comfortable as if I hadn’t put it down since then. A noticeable change is the weapon selection – I would say it was interesting, but I would then also have to say it’s a little crappy; not since Quake have I ever had so many weapons at one time. The Xenomorphs are another problem as they don’t necessarily care where they’re going until they ultimately cross paths with you -intentionally or not. And even with three or four of them in the room I never felt overwhelmed because of my marine company. In fact, I’d often use my AI comrades as bait because it just works. Being able to casually walk around collecting items while your buddies are fighting for their lives is just another thing to complain about. Also, in more than a few instances, the marines supporting you will get in your way and disrupt your aiming, which is a major drag.

To get the full feel of the game, I chose to play it on its hardest difficulty the first time through and I must say I’m not impressed. Traditionally the hardest difficulties are supposed to augment reality in a harder-than-real fashion, but A:CM just doesn’t do that – or at least it doesn’t feel like it. While Doom‘s Nightmare mode had enemies respawning on a timer and Dead Space’s Hardcore mode had limited ammo and harder-hitting enemies, this game has the HUD removed on its Ultimate Badass difficulty and either I’m really good or the game is not hard at all. I’m actually afraid to play it on the easier difficulties because of the fact I’ve only occasionally found myself in a bind. One thing that really bothers me is the lack of desperation to create distance between you and the Xenos; acid splashes are a key element in the films and it is dumbfounding that they are almost completely forgotten in this game. Even Aliens Vs. Predator got it right and that’s a series that shouldn’t even exist in my opinion. Instead, we are killing Xenomorphs with zero fear that our faces will be melted off when one is (traditionally) too close for comfort. 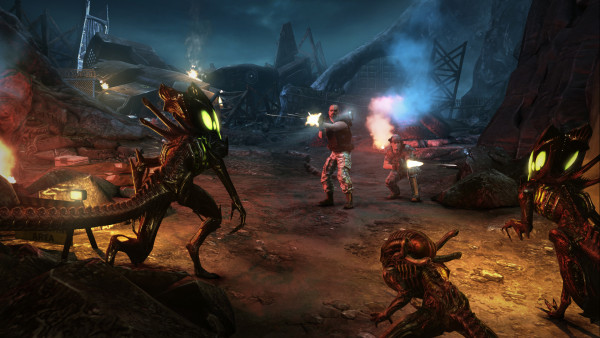 A:CM has an okay story that takes place on LV_426 after the events of Alien 3, but be prepared to have zero emotional attachment to it or the characters. It is a nice attempt at giving fans of the universe the sequel we all imagined back in 1992, yet ultimately leaves us wanting something more. Surprisingly, Hadley’s Hope has a lot intact after being ground zero of a thermo-nuclear explosion, but that just adds to the mound of disappointment. As stated before it is nice to be able to travel the halls that Ripley and Hicks did, but in reality they shouldn’t even be there.

Multiplayer was supposed to be the biggest draw for this game by bringing intense battles between Xenomorphs and marines, but instead is reduced to the same molds that have become stale in online gaming. An unfortunate decision in this is that for some unfathomable reason, Gearbox decided to make playing the aliens a third-person affair, which strips every bit of fun out of it. AVP got it right, and it was an equal fight unlike this where the marines definitely have the upper hand at all times. There are upgrades for both sides, something else that has become a mainstay in FPS titles. You gain levels throughout the main campaign and also by playing online and doing well, earning points to distribute as you see fit and unlocking skins and such for variety. It’s sad to say that this may be one of the few things they got right, but as I always say: you can’t polish a turd, and that’s really all you’re doing when you decide to jazz up your armor in a blatantly unfinished game.

I won’t spend too much time on this; music in the game draws heavy influence from James Horner’s soundtrack and also from Alien Resurrection. You’d think it would add to the tension, but as with everything else it falls short of impressive. There are some decent themes, but nothing to write home about. In fact, the recreation of Horner’s music during a fight early in the game is laughable.

All in all, after waiting five or so years after this game was featured on the cover of Game Informer and longer still since it was announced, it just lets us down and that’s really putting it lightly. I wanted so much to write how much the game ruled or that my dreams of intense teamwork in multiplayer captivated me, but I just can’t. Aliens: Colonial Marines had so much behind it: a great series to draw from, Gearbox’s talent and above all else, TIME. Alas, as with Duke Nukem Forever, the longer it takes to create something does not mean it will be a masterpiece. I will say this though: I honestly like the old-style look of the on screen HUD. This is Mike Angileri, last survivor of the Nostromo, signing off.