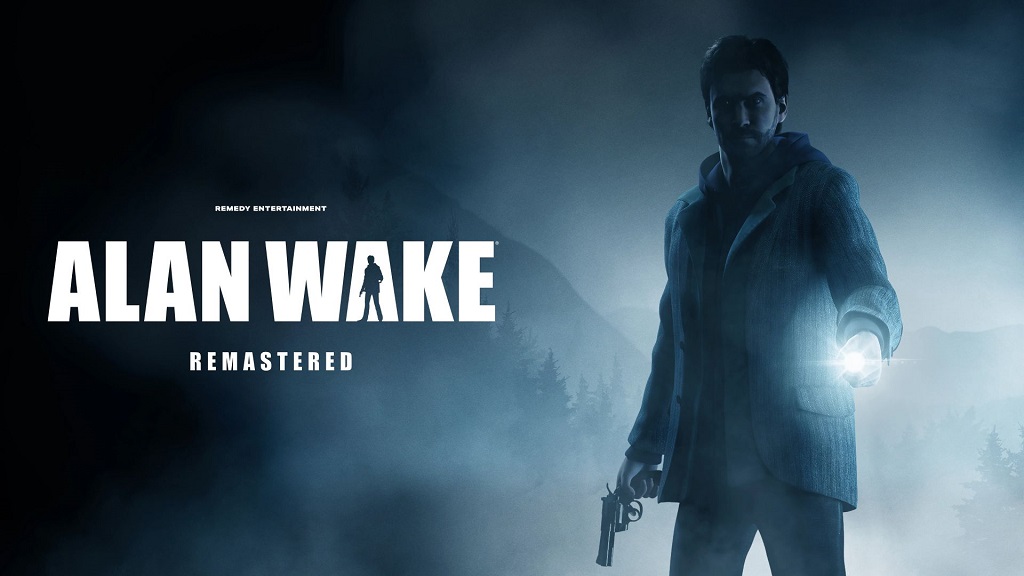 If you were a horror gaming fan back in the mid-2000s, it’s unlikely you didn’t hear about Remedy’s Alan Wake while it was heavily in the news cycle. Even though it was announced in 2005, it wouldn’t see a release until 2010. After the project’s announcement at E3 2005, development of the game got very complicated and it was eventually picked up for publishing by Microsoft shortly thereafter.

Having released the first two Max Payne games just a few years earlier, Finnish studio Remedy, decided to set their sights on developing a psychological action thriller that was heavily inspired by the works of Stephen King and David Lynch, in particular, the groundbreaking TV show Twin Peaks.

After Alan Wake was finally released in May of 2010, it would go on to become one of the most highly-regarded horror games of its  generation and go on to be remembered and loved by fans for the decade that followed. A spin-off game, Alan Wake’s American Nightmare, was released in 2012 and gave gamers more of a chance to fall in love with the weird world Remedy had built. 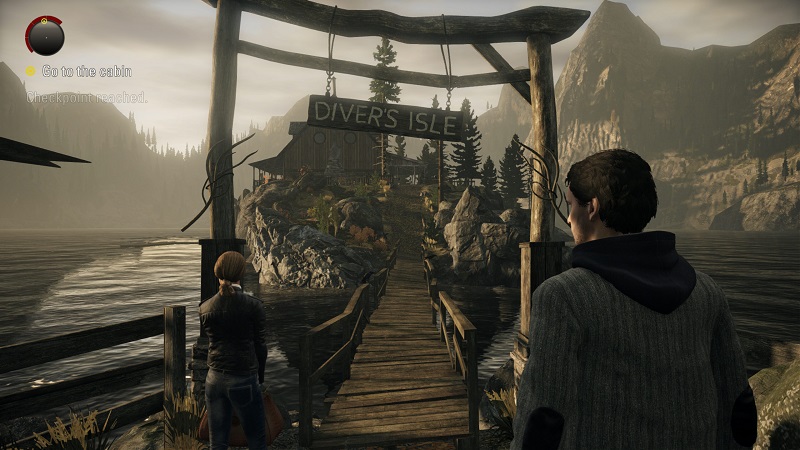 As is natural with most popular media, demand for sequels and a continuation of the story’s world was expressed, and work promptly started on a sequel, tentatively titled Alan Wake 2. Shortly after its existence was revealed, however, the project was unfortunately canceled and Remedy began development on a new game, named Quantum Break. A sequel to the episodic thriller may have been canceled, but demand for more Alan never died.

Around the release of Quantum Break in 2016, Remedy began asking if fans would like to see a remaster of Alan Wake for modern platforms. Fast forward to 2021, and we have our answer. But is it everything fans had hoped for? 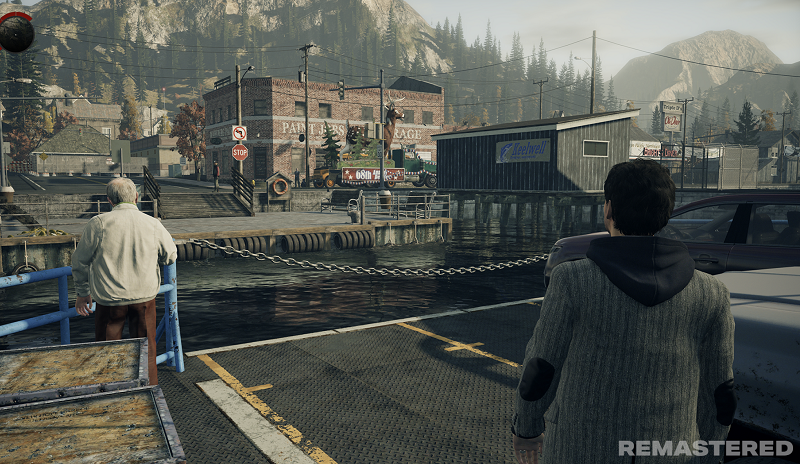 Alan Wake still stands as a landmark in horror games as well as a showcase of Remedy’s maturing craft as a developer. The way the game seamlessly blended gameplay with the storytelling aspects of several different mediums became a signature feature of Remedy’s next two games and is largely what they’re known for today. Mixing the mediums of interactive gaming, cinema/TV, literature, and radio had never been done quite so evocatively before and has become more commonplace in gaming ever since the game’s release.

The game weaves a complex narrative, dynamically incorporating numerous literary and cinematic techniques to build the realistic, highly detailed world of Bright Falls. Within this world, you take control of a character who becomes less reliable as a narrator as time goes on, forcing players to question not only Alan’s point of view, but the very nature of reality, as well. 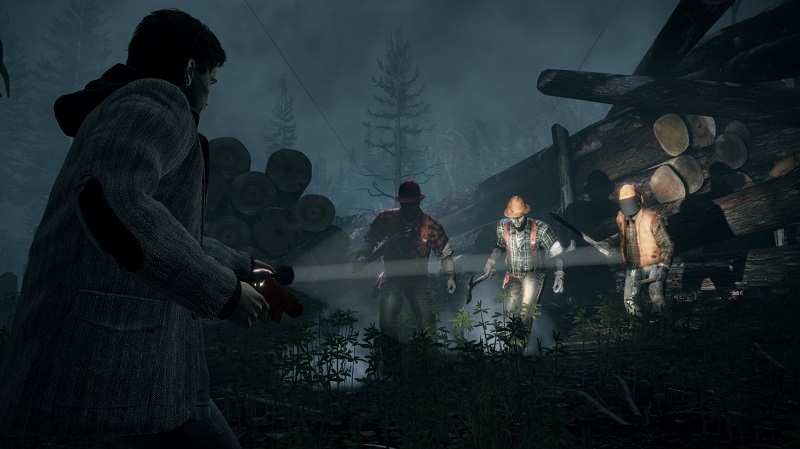 Combat in the game is some of the most action-packed, engaging, and terrifying in any horror game since Resident Evil 4 flipped the genre on its head. The new visuals and framerate in Alan Wake Remastered also help the combat feel better than ever before, which just adds to the immersion.

This new edition also includes both The Signal and The Writer DLCs that were available for the game, packing a lot of content into one package. All this content rounds out to roughly 13-15 hours of gameplay for a regular playthrough. The episodic nature of the game really does make it feel like a television show and thankfully gives players convenient stopping points between episodes to take a break in between sessions.

The combination of music, visuals, storytelling, and action still strike a delicate balance that makes Alan Wake a joy to play all these years later. Its cheekiness, self-awareness, meta content, and frequent homages to other media properties combine to form an experience that’s just compelling as it was when it first came out. 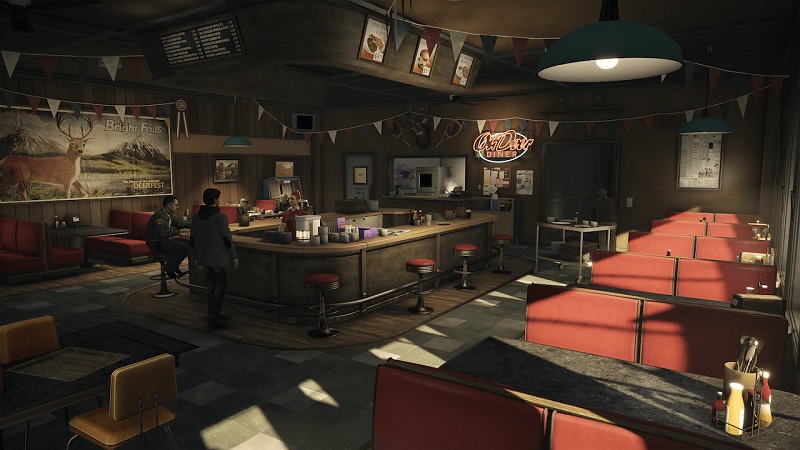 Alan Wake Remastered doesn’t change a whole lot overall and mostly runs like an upscaled and re-textured version of the PC release. That means solid 60fps and 4K visuals on the new consoles and higher-end PCs, making the game sharper than ever. It even upscales the pre-rendered cutscenes which include updated characters models and lip sync.

This brings us to the elephant in the room, which is whether or not the sharper visuals and performance upgrades are beneficial to a horror game that relies in large part on visual occlusion and fog for its visual style. The answer will likely be different depending on who you are, and a variety of other factors. 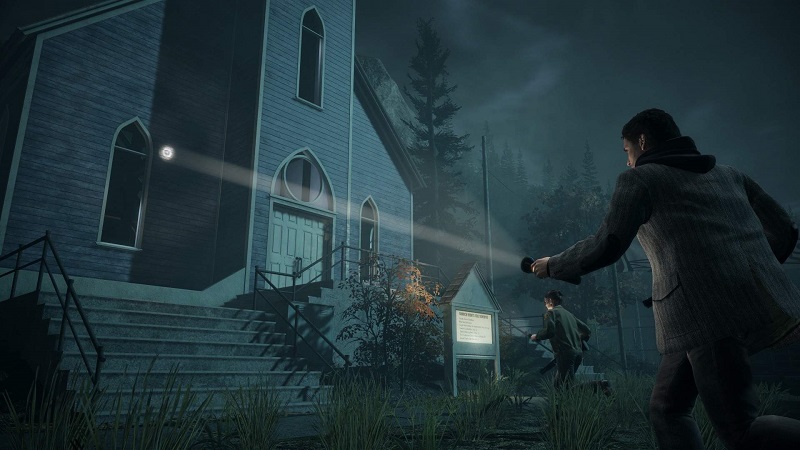 One of the biggest issues here is that in the process of upscaling and updating the visuals, the fog effects that gave the game so much of its signature look and feel have been slightly compromised. The fog is less dense and thick, and as a result, some of the ambient lighting doesn’t function quite as it did in the original. Similar to Silent Hill 2, which has had endless debates about how the HD remasters destroyed the visual look and fog effects of the game, we see a somewhat similar effect here, though not as extreme.

The crisp visual detail in this enhanced edition brings out the dated nature of some of the geometry, which shouldn’t come as a surprise, since the game is 11 years old at this point. The geometry has received a pretty nice upgrade overall, especially in the facial department. Characters look much closer to the actual actors they were modeled after, even if they still have a little bit of 2-gens-ago jank to the animations. Not that it’s ugly to look at by any means, but with how much visuals have improved in gaming over the last decade, it makes the lack of polygons stand out just a little bit more.

With the small negative points out of the way, let’s look at all the great things this remaster brings. For starters, the textures have all been gorgeously updated, making the world of Alan Wake much more detailed than before. Little details in the environment of Alan Wake‘s world are plentiful, and they’re now more visible than ever thanks to these upgraded textures, adding a new layer of polish to the experience. 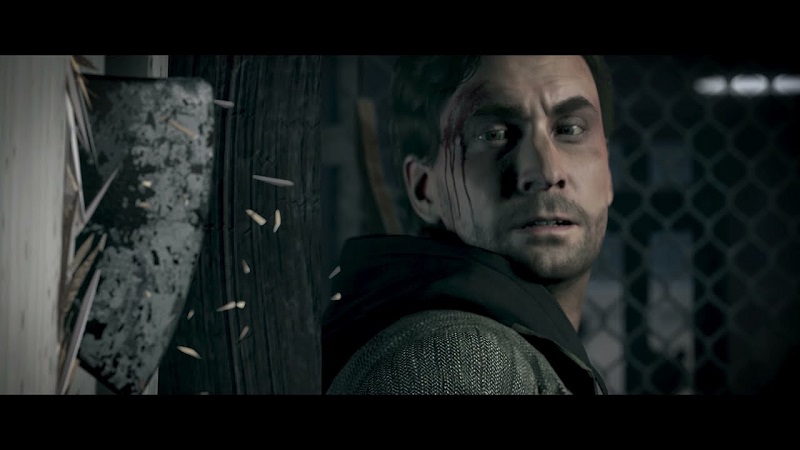 There are also some new visual options the PC version of Remastered has over the console versions, including DLSS options for Nvidia users and support for ultrawide monitors, but it’s also missing some of the visual options that were present in the previous PC port, which is a little confusing. Nonetheless, the options are there for PC players who like to customize or maximize their experience.

The controls feel spot-on and slightly more responsive than they did before. Perhaps this is just because of the higher framerates possible in this version, but it’s a nice update. There are also several other small quality-of-life improvements that weren’t available in previous versions that are welcome and nice to have, but don’t necessarily make this version better than others. 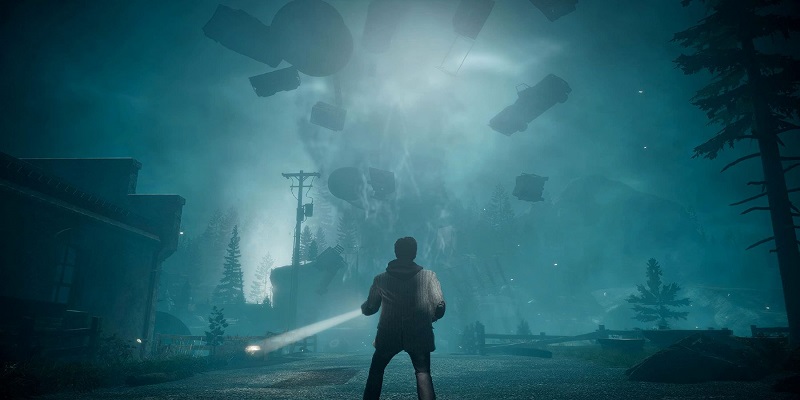 The PS5 version used for this review ran very well and the new trigger functionality is a pretty neat addition, even if it comes at the cost of controller battery life (like all adaptive triggers). There’s also still a strange screenshot bug affecting the PS5 version that hasn’t been patched yet. This bug prevents screenshots from properly being taken due to the pause menu coming up before the screen capture takes place.

It would have been nice for Remedy to have included some more extra content, like the great Bright Falls short film/web series prequel from 2010 or some of the original Alan Wake 2 prototype footage, but the only real new content we got was some improved controller features for the PlayStation versions and a new commentary by Sam Lake, specifically made for the remastered version. For die-hard fans, there are also three QR codes scattered around the game which, when scanned with a cell phone, link players to some new video content that links the story to some of the events of 2019’s Control, and possible hints at where the story might go in Alan Wake 2, if and when it becomes a reality. 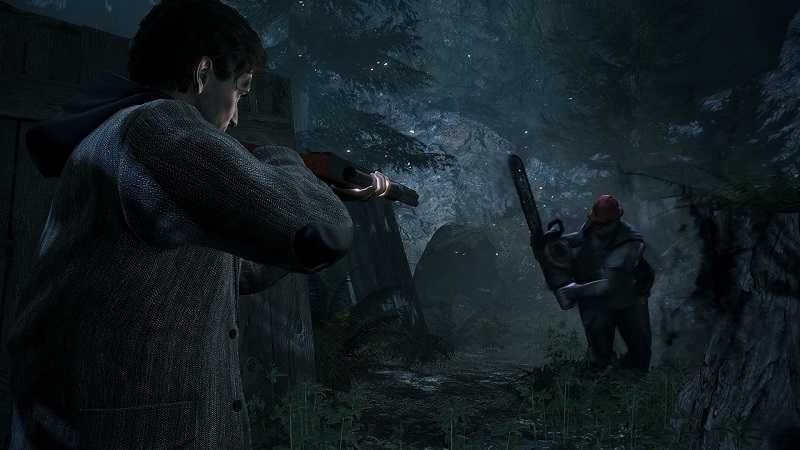 The $30 price tag for Alan Wake Remastered feels warranted for what’s included here, although that may vary depending on your previous experience with the game and what you’re wanting to get out of this new version. This enhanced edition may open the doors to new players by being available on the PlayStation platforms for the first time, which is always welcome, but those who already experienced the game on the previous platforms may find it slightly lacking in new content.

Hopefully, the rumors are true and Remedy is actively working to make Alan Wake 2 a reality sooner than later. Regardless of what the future holds, the first Alan Wake still stands as one of the best horror games in the last decade and this remastered version is worth a look if you haven’t got to experience the trials of everyone’s favorite tortured author for yourself yet.