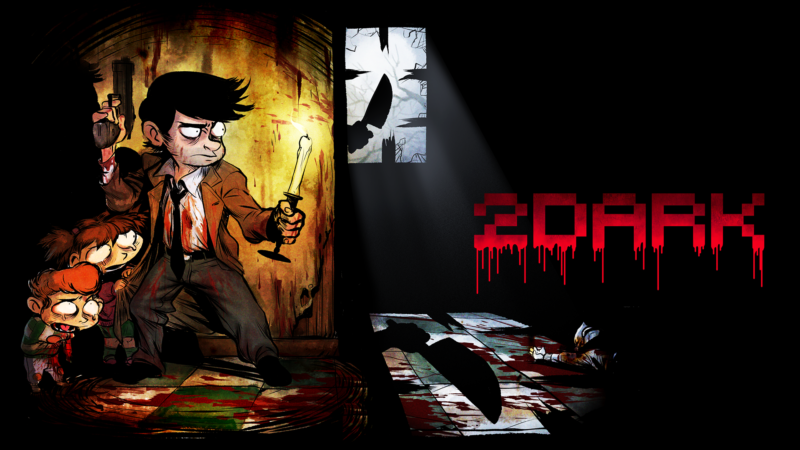 I was pretty excited for 2Dark after watching its impressive intro cutscene. Mr. Smith is on a camping trip with his wife and kids in June of 1969, and in a split second everything good in his life falls apart: His wife is beheaded and his two children are abducted. Seven years later he sets out to find and destroy a child abduction ring that he thinks might be involved in the murder / kidnapping.

After that though, the game starts to show its cracks. The voice acting is pretty good, but the story is primarily delivered through little vignettes between levels and some of the dialog just doesn’t make sense. A locked door in the Mr Smith’s garage, for example, presents you with the statement “This door opens otherwise.” Later on, when you get to practice shooting a target, he tells himself to imagine “child rapist scumbags” which is something that nobody would ever say.

Gameplay is where things just don’t work, and that sucks because I actually feel like 2Dark has a lot of potential. It’s played from a top-down perspective, and it mixes light twin-stick shooting combat, à la Enter the Gungeon or Dead Nation, and real-time inventory management with an extremely light stealth system. At the beginning, at least, this creates some moments of true tension. The problem is that the game is almost laughably unfair. 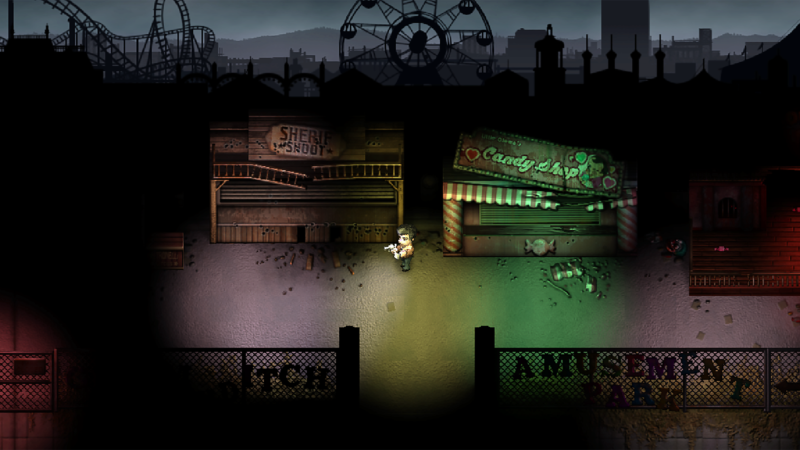 The point of each level is to find kidnapped children and lead them to the exit, but it’s such a chore to do things as simple as pass through doorways without dying for some uncontrollable and stupid reason that it’s tough to press forward with Mr. Smith’s noble cause. You’ll find quite a few different weapons in 2Dark, ranging from table legs to small knives, but the only weapon that’s actually usable against NPCs is a gun. Of course, since it’s a survival horror game, ammo is scarce so the main play you’re going to be forced into is running away. The problem is that many of the enemies are found in tight corridors, so if you’re seen and you don’t have a gun you’re pretty much guaranteed to be killed. There aren’t any checkpoints in 2Dark, so if you go down and you didn’t remember to save through the totally archaic system then you’re going to have to restart the level.

To save, you have to combine cigarettes and the lighter, and Mr. Smith will start smoking. You can be attacked while you’re saving, so you have to make sure you’re safe before you do so. Saving takes forever, so you’re left with a dilemma of sitting there doing nothing every 10 steps, or praying that you don’t accidentally die and have to restart a level. Also, graphically, the game isn’t doing itself any favors. Colors are muted, and there’s very little consistency in how much detail the devs put into textures, so cheap deaths via spike or random hole in the ground are a guarantee in most levels. I understand that survival horror is supposed to be challenging, but there’s a balance between being tough and being totally hostile toward the player, and unfortunately 2Dark leans towards the latter. 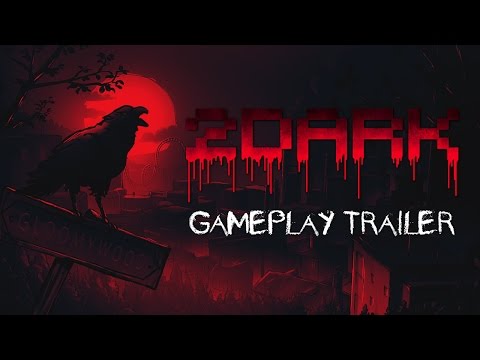 There are some genuine scares in 2Dark. The second level in particular stands out as the creepiest. It’s a dilapidated amusement park full of clowns, old robots and gangsters, and it’s surprisingly gory. There are rotting bodies and depictions of dead children, which actually made me a little squeamish despite the cute blocky look of the characters. Think of a mix between the incredible Hotline Miami series and the upcoming spiritual successor to Stubbs the Zombie, Ray’s the Dead.

There’s no shortage of content in 2Dark, and at $20 dollars, if you’re the kind of person who’s willing to put up with frustrating gameplay for a creepy story on a budget you might have some fun for a weekend with it. It’s a huge bummer that things don’t ever come together for it, though. There’s a lot to like, but a lot of those aspects don’t mix well with each other and it results in a downright frustrating experience. The sense of tension and horror created by the dark, grimy level and art design is top notch, but the actual game is too unfair too often to stay fun.