About four or five years ago, Brady Games published a sort of reference guide to the Resident Evil universe titled “Resident Evil Archives”. Think of it as sort of Resident Evil cliff notes, if you will. The guide covered Resident Evil’s 0-3 as well as Code: Veronica X, and had an exhaustive glossary of character information, weapons, in-game items, and more from these three games, as well as some information about the unreleased Resident Evil 1.5, some of it even previously unreleased. Well, apparently at the beginning of this month, Brady Games has released a sequel, cleverly titled “Resident Evil Archives 2”, with almost no marketing, and almost nowhere to actually buy the thing, either. Well, I managed to get a copy of it, and I’m going to talk a little about it, and see if it’s worth YOUR 29.99$ (or 32.99$ for Canada, or 19.99£ for the U.K., and so fourth). 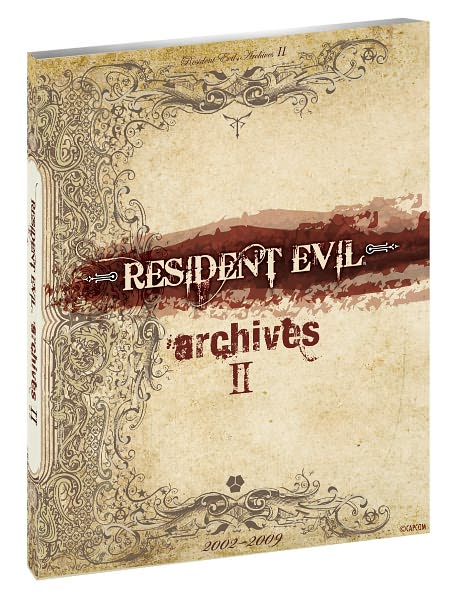 Resident Evil Archives 2 encompasses the stories of Resident Evil 4 and 5, with small sections quickly detailing the new chapters of both Chronicles games (Umbrella’s End for Umbrella Chronicles, and Operation Javier for Darkside Chronicles) and the Resident Evil Degeneration CG film. It includes all of the same sections as the first volume, “Story”, “Character”, “Creature”, “Items”, “Visual Work”, “Extras”, “Keywords” and “Database”, and each of these sections is generally divided into two parts, each focusing on either RE4 or 5. The book is designed on the same basic template the first volume was, and they look quite nice together on a shelf, and the interior layout of the book is very pretty, although I’ve been being very careful with my copy out of fear that it’s bound with the same crappy post-it glue the first volume was, which is a tattered, incomplete mess on my office desk now. The first volume had a few rough problems with some of the sections, especially with the character section, where there really didn’t seem to be a specific direction the design was going in, but all of that is solved in this new volume, which streamlines the whole approach, although there does seem to be a lot of wasted space in this book, specifically with the Chapter headers, which oddly take up two whole pages and say little more than the name of the chapter. If these where removed, or even broken down to 1 page or half a page, they would have left a lot more room for some of the sections later on in the book, specifically the “Visual Work” section, which starts to feel cramped and rushed towards the end. 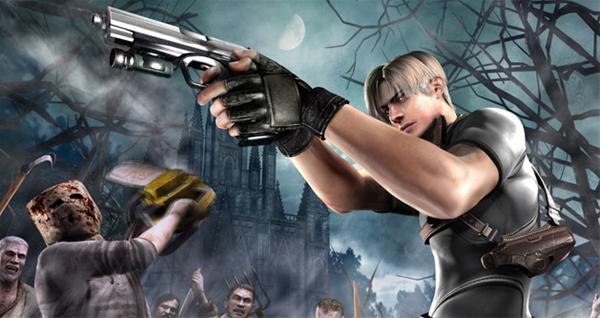 The “Story” Section is how the book opens, after a short recap of the games covered in volume 1, which nicely ends with Leon’s introduction to Resident Evil 4, to lead you into the first story section. The Resident Evil 4 section is actually surprisingly gripping, despite the fact that I’ve already played RE4 about a billion times. It gives a little extra insight into the events, as the story is being written with Leon’s thoughts in mind, and makes certain elements of fear that I hadn’t previously realized where there stand out, especially the way it focuses on Leon and Ashley’s growing panic over having the Las Plagas inside their bodies, and the fear of loosing themselves the same way that the villagers had. The section reads very nicely, and ends up reminding me a little of S.D. Perry’s adaptations. The translation is nice, and stands head-and-shoulders above the woefully poor translations in the first volume. Oddly, the section includes none of the information from Ada’s Another Order/Separate Ways mini-campaign, which is a shame since it is a part of Resident Evil 4’s story. There is in fact very little on Separate Ways in this book, and it only refers to it in the later “Character” and “Keyword” sections.

It seems as if the Resident Evil 5 section was written by a different team or something, because the translation almost immediately feels a little stilted, although not wholly bad per-say. The story book aspect the Resident Evil 4 section had is still there, but the wording of things is a little different, and honestly a little poorer, with back-and-fourth issues between Chris and Sheva making the whole section a bore to read (Chris said, Sheva Said, Chis reproached, Sheva countered, Wesker lol’d). Strange word choices also make it seem like they where evading saying certain things, like instead of using the word “killed”, they say “defeated”, like it’s a fighting game or something. And it’s the ONLY word they use. Unlike the Resident Evil 4 section, though, it does include the information from both of the campaign DLCs, “Lost in Nightmares” and “Desperate Escape”, and weaves them into the story exactly where they fall in the timeline (Lost in Nightmares is simply a part of Chris’ flashback sequence, and Desperate Escape gets a chapter all it’s own between when Chris and Sheva rescue Jill, and when they embark on the ship).

Next we have the Character section, which- while not being quite as in-depth as the first volume’s- is still interesting to read, although it’s a little weird at first, because each character’s story in the game is explained FIRST, and THEN it goes into their back-story, and then returns to the story of whichever game they are in (take Leon’s section, for example, which starts by talking about the kidnapping of Ashley Graham, and then goes on to detail the events of RE4 very quickly, then talks about his back-story, then talks about RE4 again, and then talks about the Harvardville outbreak from Degeneration.) Honestly, I think it would make more sense to start at the beginning rather than start at the end and then jump backwards until you get back at the end. 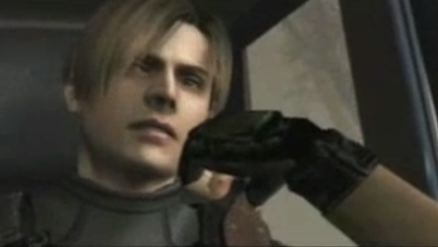 Leon wonders why everything is backwards, too.

The Creature section is very interesting, detailing on not only the creation of each creature, but also on smaller details, like what each one’s name means in each language (“Novistador” means “The Unseen”, by the way). It’s a shame that they didn’t go into as much detail with some of these creatures as the first volume did, which would often dedicate a whole page to each creature. The creatures of RE4 and 5 are lucky if they get little more than a paragraph.

After that is the Items section, which includes every item, bullet, file and bottle cap collected in both games, and details them briefly. It’s very cool to have all of the files in one place, although you don’t realize how few of them there are until you see that the files section only takes up 7 and a half pages.

Next is the section I (as an artist) was the most excited to see, the Visual Work section, which is a collection of selected production art from both games, some of it finalized, some of it not (early artwork of the Los Illuminados cultists made them look middle-eastern, like something out of Prince of Persia or Tomb Raider). Sadly, the environments section is condensed into two measly pages, with each beautiful piece of art shrunk down into nothing more than a pathetic little jpg. I was really excited to see this section, so you can imagine my disappointment when I can barely see some of the art (this was one of the things I was talking about earlier when I mentioned they could have gotten more room for things by cutting out the two-page chapter headers. If only to see these pieces of art reproduced just a little bigger). The RE5 section includes some storyboards, and the footnotes on some of the art is interesting, although there really isn’t as much art for RE5 as I would have liked (the RE4 art section is 26 pages long, while the RE5 section is only 14).

Next is the Extras section, which features quick overviews of the Chronicles games (previously only on the Wii, and coming to PS3 sometime next year for the Move controller) and the CG movie Degeneration. This section honestly isn’t terribly interesting, and is so short is goes by without a blip. It would have been nice if the Extras section also included say, new information on the many MANY pre-release versions of Resident Evil 4, and the early draft version of RE5 (where Wesker only had one eye, there was a Tyrant boss battle, and the game actually seemed like it could have been scary).

Lastly is the Keyword and Database sections, which go into detail on specific elements of the games, like names of people, organizations and events, and the Database section also includes all three Wesker’s Report documents, which are interesting to read, and offer lots of insight into his plans and thoughts. These sections may be a bit of a bore for the casual fan, but for fanatics like me, I couldn’t get enough.