I woke up with excitement to finally see Resident Evil: Afterlife 3D, the fourth entry to Sony’s game-to-film franchise. By 3:30 pm, I patiently lined up and bought my ticket and grabbed my 3D glasses. I went inside the theatre, sat down, and anxiously waited for the movie to start. When the movie ended, I was left thinking what I just saw. To make the story short, I had two things in mind when I walked out of the theatre: awe and disappointment.

Resident Evil: Afterlife is the first film in the franchise to be shot in 3D. Milla Jovovich(Alice) and Ali Larter(Claire Redfield) returns for another action-packed sequel. The film also features the debut of Chris Redfield, played by Wentworth Miller while Shawn Roberts replaces Jason O’Mara as Albert Wesker. Spencer Locke also returns to reprise her role as K-Mart. The film was written and directed by Paul W. S. Anderson.

Okay, enough of that and on with the review: 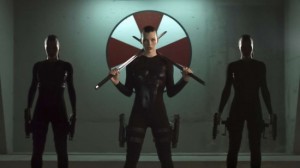 The movie begins in Tokyo where we are greeted with an action packed opening  as our heroine Alice infiltrates an underground Umbrella facility. The opening sequences are really impressive as an army of Alice eradicates an Umbrella army except I didn’t like the matrix-esque scene where two Alice’s dives down backwards from a window. Also this part ends with a confrontation with Albert Wesker in an aircraft similar to that found in the recent Resident Evil 5. 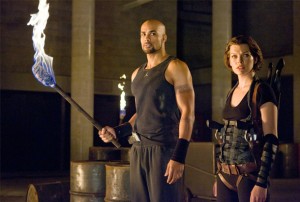 Fast forward to Alaska where Alice tries to look for her friends but to no avail, she finds empty planes and no signs of life. While recording a video, she expressed a hint of giving up as she believes she might be the only person alive, that’s when she found Claire. Claire was apparently in the influence of a red device attached on her chest (another reminisce of RE5) and lost her memory. Alice removes the device off her and the two heads out for the ruins of LA where they meet a group of survivors taking refuge on a prison facility. Here we meet new characters that are mostly one dimensional and just makes potential zombie-foods for later. 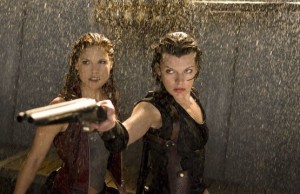 This is where Chris Redfield finally makes his debut on the film. He is deemed untrustworthy by the other survivors. Things finally became interesting as we meet the new type of undead – the infected similar to the ganados and majinis from the recent RE games. Resident Evil 5’s Executioner also makes an appearance in a fight scene with Alice and Claire. 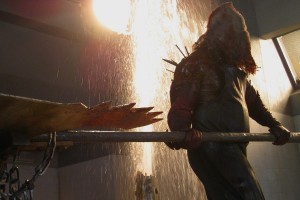 I must say Resident Evil: Afterlife is a visually impressive film. Paul W. S. Anderson really made good use of James Cameron’s 3D technology and in the end it all paid off, Afterlife is one of the best 3D technology I’ve seen in a film. The 3D was really stunning and it overall made the whole movie experience a piece of art. Yes, it does have some of  those in-your-face things flying at you but the 3D was rendered very nicely. 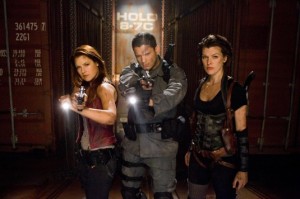 The films suffers a lot on the story department. It seems that the writing is somewhat confused or lost on where it wants to go. It also tends to drag in some parts. I wasn’t even invested with the Redfield siblings, they were there but there was not enough interaction seen between the two. It seem there was more connection to the characters of Alice and Luther(played by Boris Kodjoe). I must say that Milla had a strong performance with her character Alice. I wasn’t too fond of Shawn Roberts’ portrayal of long-time villain Albert Wesker and also felt that Wentworth Miller’s Chris Redfield was merely there for an extended cameo. 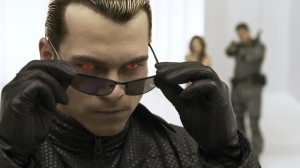 This entry is one of the weaker entries among the rest of the films. The film just suffers from weak storyline, some slow parts and some unnecessary stereotypical characters. People looking for some bad-ass zombie killing fun will definitely enjoy this. The film has some few surprises that fans will definitely talk about (PLEASE STAY AS THE CREDITS STARTS TO ROLL) and hints at a bigger sequel. Overall, the movie was somewhat entertaining, although I think the movie is only worth a watch for the fans of the Resident Evil franchise (like myself).