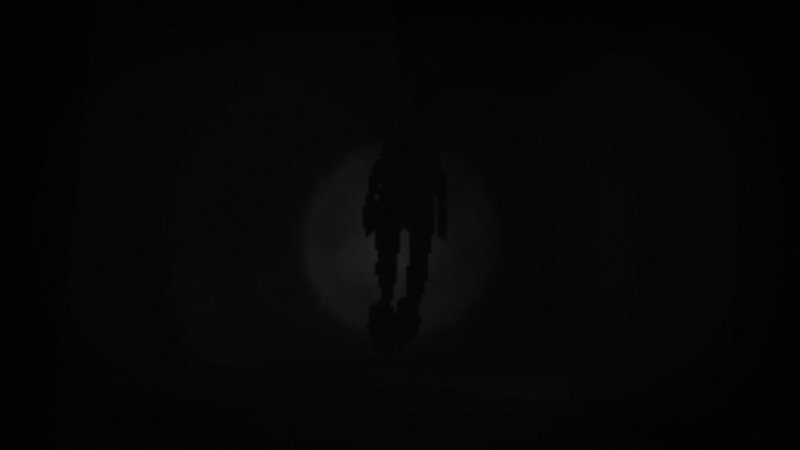 The PlayStation One era was the golden age of survival horror. Audiences were graced with titles such as Silent Hill and Resident Evil 2, which went on to be certified classics of the genre. People grew up with these games. So, it only makes sense that developers would try and create games that evoke that nostalgic feeling from their childhood. Harrow, developed by Justin Sink, evokes the feeling of Silent Hill while using an art style that would have fit perfectly in your PlayStation One library.

The art design of Harrow is definitely something I really enjoy. It evokes the nostalgia of survival horror games many of us grew up with. Areas are chunky, pixelated and ugly. Just as I remember games from the 90s looking. This really lends itself to the atmosphere of the game, which can be suitably creepy. Wandering around in the pitch black night, only having a terrible flashlight as company can really be unsettling. Where the game really shines is how abstract the level design is, which makes sense considering this game is inspired by nightmares. You have hallways that lead nowhere or trees growing off the side of a wall. All these things encapsulate the feeling of being in a dream where things don’t always make sense. This can lead the player to feel very disorientated, which compliments the gameplay very well. 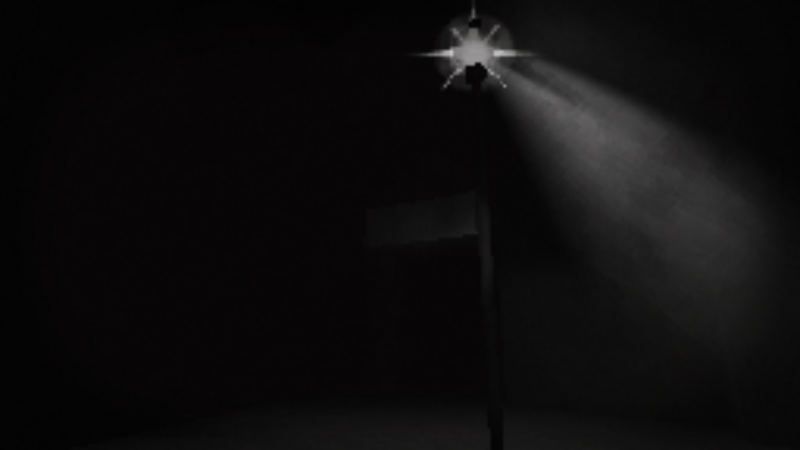 The core gameplay of Harrow is very simple and familiar if you have played any horror game on PC in the last five years. You wander around a dimly lit area, flashlight in hand, and pick up random items while enemies chase you. The beauty of Harrow is that it takes a pretty stale concept and uses it in a fresh way. Each time you collect a new item, something in the world changes. A new, small area might open up, or a hedge maze might randomly appear. These new areas contain the next item you are after. Once you collect the required item, another new area will open up. This alone is a pretty cool idea, but what the game does with the evil entities makes it work really well.

Instead of having just one enemy stalk you ala Slenderman, Harrow decides to mix things up. Upon collecting each item, a new enemy will appear. These enemies can range from some freaky looking hand monsters to a creepy mannequin. I really enjoyed the tense moment of being chased by a monster, picking up a new item and hearing the terrifying sounds that once followed me cease and cautiously walking around, wondering what new monstrosity will emerge from the darkness. The scariest part about each enemy is the sounds they make. Some range from odd, stomping sounds, to others talking to themselves softly in a language not from our world. Though they scare the player as well, the sound effects also help identify when an enemy is creeping up on you, which is very helpful considering how dark the game is. 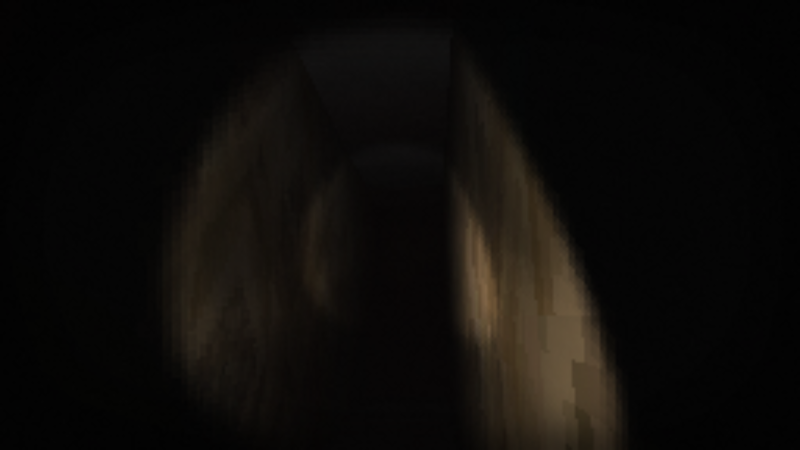 Unfortunately, though each enemy may look different, there are only two types of enemies you will encounter. Enemies tend to fall into one of two categories. They will either slowly chase you, killing you if they touch you. Or, it will have an AOE attack where if you stay close to them for long enough, you will die. Considering this is a smaller title, I can forgive them for having a limited amount of enemy types, but the AOE monsters really got on my nerves.

It seems that they only spawned in locations where you had to either wander through a spiral hallway or had to jump on objects. The major problem with this is that their AOE attack can hurt you through walls and they kill you very quickly. This makes the areas where they spawn frustrating to navigate and caused me to die over and over again. I got stuck in the same spot multiple times because an AOE monster spawned and killed me while I was trying to jump up a platform. Upon death, you lose all of your progress and have to start again. This resulted in the game becoming less scary or challenging and made it a chore to get past the part I was stuck on. Of course, this could just me sucking at a video game, but I feel that the AOE monsters are a little cheap which isn’t helped by the punishment of death.

Harrow is a very fun and scary experience. It offers enough to keep the player interested and puts a unique spin on a tired formula. Besides my issues with certain enemies, I had a fun time with Harrow and would recommend it to anyone who enjoys the aesthetic of 90s survival horror games.

A review key was provided by the developer.