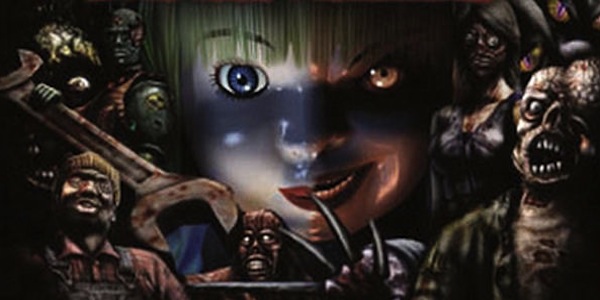 Illbleed is a name few of you probably remember. It belongs to a Sega Dreamcast game from early 2001 that never really grew a fan-base. The few people who do remember it might have heard of it on this very website, as the honor of first mentioning it was taken from me by Ryan Stanford in 2011. His article was really fascinating, though, so if you wish to check it out, then here is the link for you.

Illbleed as a game is rather special, despite the underwhelming Mobyscore of 65/100. The story is about a group of teenagers who win free tickets to a local amusement park. The park’s source of popularity is the immense prize-money that people can win if they are able to survive every single attraction the park has to offer. Three of the kids go there immediately, but end up missing a few days later. Eriko, the last of the group, decides to follow her friends into the daunting attractions and save them from whatever harm befell upon them.

All of this might give you the idea that Illbleed is going to be quite scary, but if you are looking for a conventional horror experience, then I recommend looking elsewhere. Instead of making genuinely scary attractions, the staff behind Illbleed decided to instead focus on recreating the vibe surrounding B-movies. This means that dialogue sounds downright silly and doesn’t match well with the stiff movements of the characters, scares are more hilarious than horrifying and special-effects are unprofessional at best. Every part of the game breaths this low-budget atmosphere, even outside of the attractions, you’ll run into poorly written or incorrect signs that remind you of how silly the experience actually is. 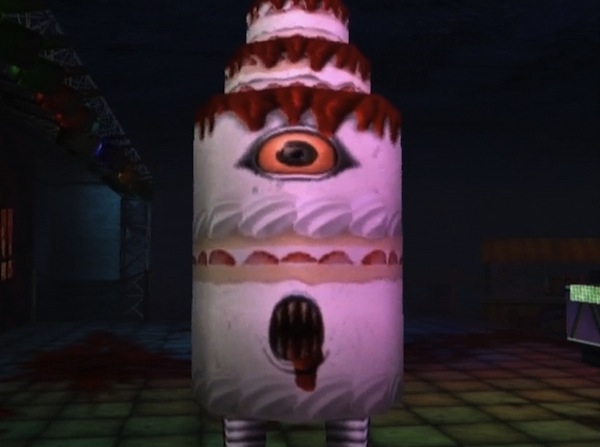 If you aren’t sure whether or not the concept appeals to you, then maybe the gameplay will break the ice. Unlike a game such as Resident Evil, the entertainment doesn’t come from blasting zombies, but rather in avoiding traps and managing your resources (though Resident Evil had a lot of the latter, too). At the top of the screen is a bar with a line running through it, when you get close to some items the line starts to shake (comparable to a hearth-monitor). This means a trap or fight is close to you. Using the first-person mode you can then tag the area or item that contains the trap and thus deactivate it. Doing this consumes “Adrenaline” though, so you’ll have to carefully determine what is a trap and what is not. Each playthrough also shuffles the items that have traps, so you can’t just look up a walkthrough. Tagging something that isn’t a trap means you don’t get any adrenaline back, while successfully tagging one only returns part of it. The only other way to return adrenaline is to consume the hard-to-find healing items or fighting enemies. If you run out, then you are just going to have to avoid traps manually or take the punishment.

Illbleed also has a great deal of creative ways to die. There is the classic empty health-bar that makes you die a painful death due to the wounds you have collected, but you can also die because of your pulse. Every time a trap sets off or you fail to tag an enemy before fighting him, your pulse will raise (displayed next to your health). Your first warning that you are about to die because of a high pulse is when you faint for a few seconds, this means you are going to need to be more careful or die as a result of it. However, you can also die of a pulse that is too low. Aside from losing health, receiving physical damage also makes your wounds go up. Having a lot of wounds slowly drains your life and a few more will even drain your pulse. All of these different ways to die force you to be a lot more careful and conservative with your items,personally I really like this, it kept me on my toes and forced me to plan my every move (or in some cases rush them because my health was draining and all I had to do was make it to the end of the level).

I’d love to talk about this game in great lengths and discuss each individual level, but going into Illbleed blind is probably the most advisable. To summarize my feelings: This title has a very unique take on the horror-genre and contains a lot of variety. It’s an excellent game for collectors and fans of obscurity, but for fans of regular horror-games or those who don’t have access to a functional Sega Dreamcast it’s also worth watching a Let’s Play.