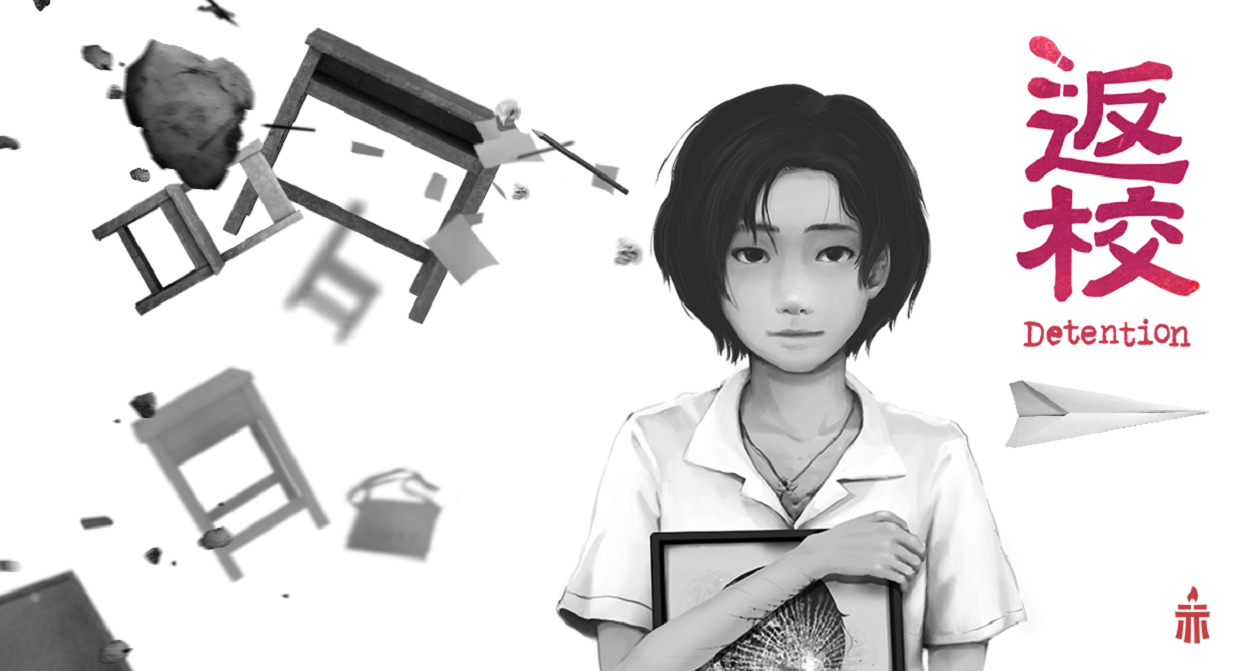 Sometimes, the best outcomes in life are astonishingly happenstance. I never meant to review Detention, but it landed in my inbox during a particularly busy time for all of our writers. The game looked good, but the trailer did not set it apart from the crowd of games residing in my action list. It sat for a moment, nearly forgotten, until CJ reminded me that it needed to be covered. I accepted that task, downloaded the game, and thought I could sneak a quick look at it between chapters of some other games I am trying to review.

I did not touch another game until Detention was done. This game, which fell in to my lap by some greater coincidence of life, captured my heart. It is not the action-packed festival of lights found in most popular games. Instead, Detention is a study in restraint. Its story blossoms, slow to unfurl petals among the decaying, dark halls. With a measure of effort and patience, though, a story worth waiting for appears. I am incredibly happy that I experienced this for myself, unspoiled by the opinions or hints of others. 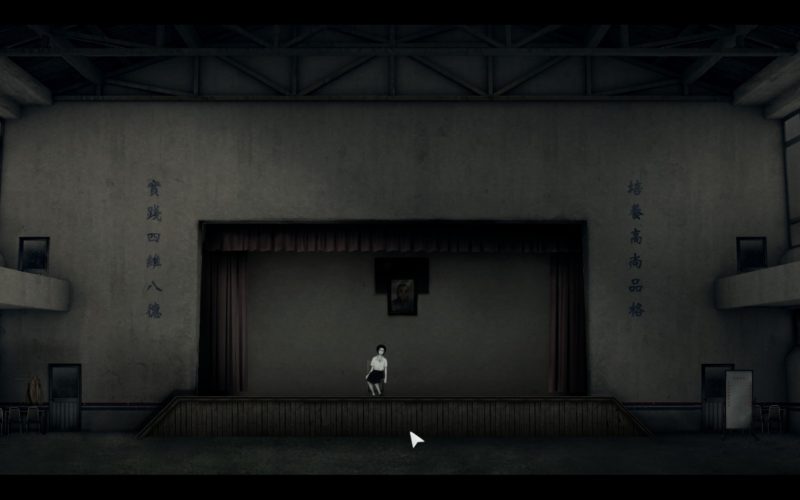 I will allow all of you to experience the game without spoilers, as well, so we will stay on the outer edges of the story. The most important aspect for me to discuss here is the setting, since it may not be common knowledge to anyone growing up outside of Taiwan. Detention takes place in Taiwan in the 1960s, during the regime of the Kuomintang. The period of time from 1947-1987 is called the White Terror by the Taiwanese due to the actions of their government. Under the shield of anti-communist martial law, thousands of people were imprisoned and executed. Citizens were encouraged to report suspicions of communist sympathies, including speaking ill of the KMT, reading banned books which encouraged free thought, complaining about lacking resources, or any other activity which suggested a grudge with government forces.

For decades, the people of Taiwan feared for their lives, while others used accusations as retribution for perceived slights or to deflect attention from their own actions. It is in this climate that the teenagers of Detention must come of age, choosing their loyalties and creating the world they want to live in. It is unfair and uncaring, and they must learn to navigate it with their own kind of grace. 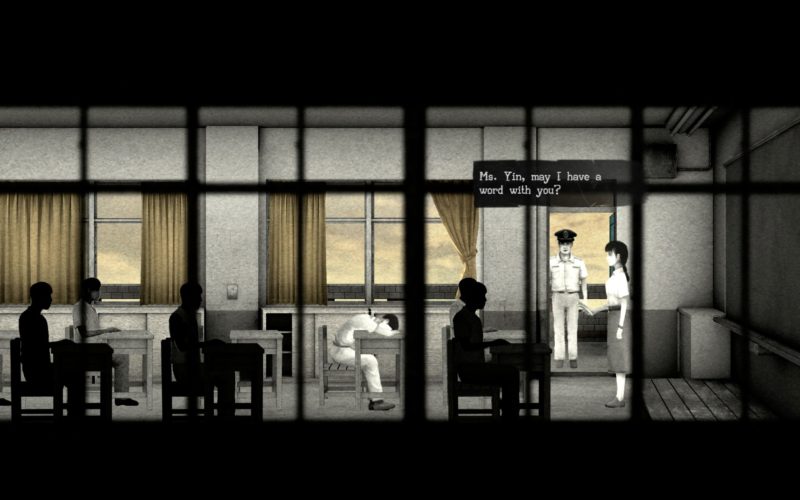 Detention follows a teenage girl trapped alone in her school as a typhoon approaches. You begin the game playing a boy for a moment, but this is not his story. It is the story of Fang, who wanders the halls of a hellish mirror of the school trying to save the people who matter to her. It is a story of penance, from the first terrible action you must take. It is also a story of escape, and of the fragility of young minds. Fang is lovely, if flawed, and she feels as lost in this setting as any player might be. Helpless, hopeless, and completely alone, Fang must find a way forward when every door is blocked and every room filled with painful reminders.

As the game progresses, you find that Fang is stronger than she seems. There are several stories intertwining here, all converging to her current state. Time travel, puzzles of introspection, and those which require players to uncover Fang’s memories all paint the picture of a girl lost within herself. Fang is a beautifully written character, more complex than any character I have seen from a game recently. For all of her missteps and flaws, you want her to succeed. It is hard to leave her at the end knowing that happy endings aren’t what horror deals in. 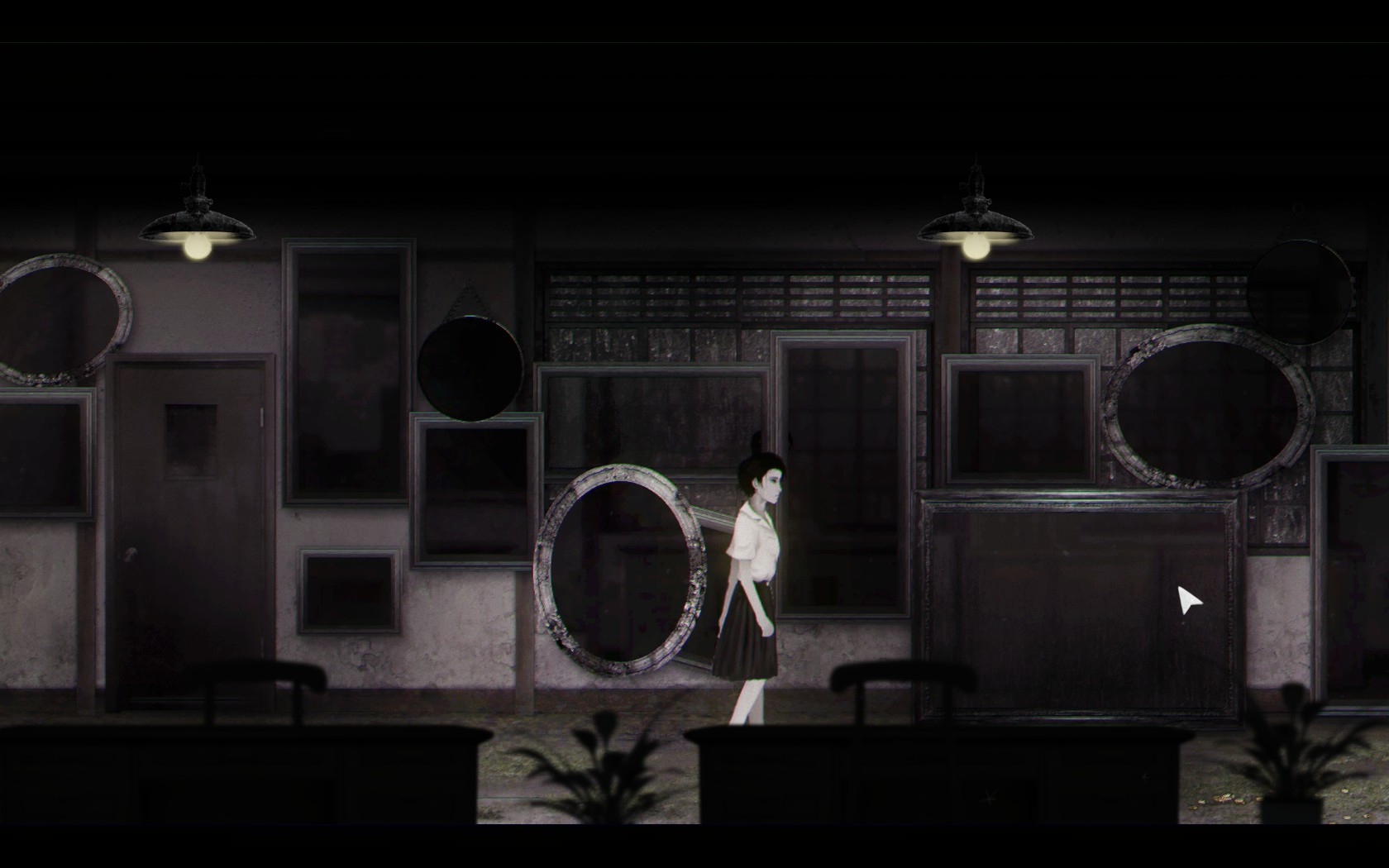 Horror does often deal in monsters, and those are in plentiful supply here. Detention features spirits from Taiwanese folklore, though any fan of Miyazaki will find familiar faces among the crowd. From afflicted spirits forced to linger among the living, to lantern spirits who grudgingly light the way, the halls are less lonely than they seem. There are ghosts from your own past, and those who are simply wandering like you. Each can be appeased in their own way. Some merely require a food offering, others that you hide behind talismans or avert your eyes. From some, you can only run and pray they go away.

The enemies give Detention some life, keeping the puzzles from feeling too safe. None of the puzzles are monotonous, which is a relief. While there are a few instances where you need only find a tool or a key, those are often hidden behind their own puzzles. The layers build nicely, giving the game complexity not often found in a point-and-click. The puzzles aren’t just thrown together, either. Every single item, note, and puzzle you find in Detention is part of the story. You are completing each of the puzzles as an allegory for unpacking the emotional factors tied to each item or space. There is a message in the intentional way Detention was built: Only through scrutinizing your actions will you begin to understand your impact. 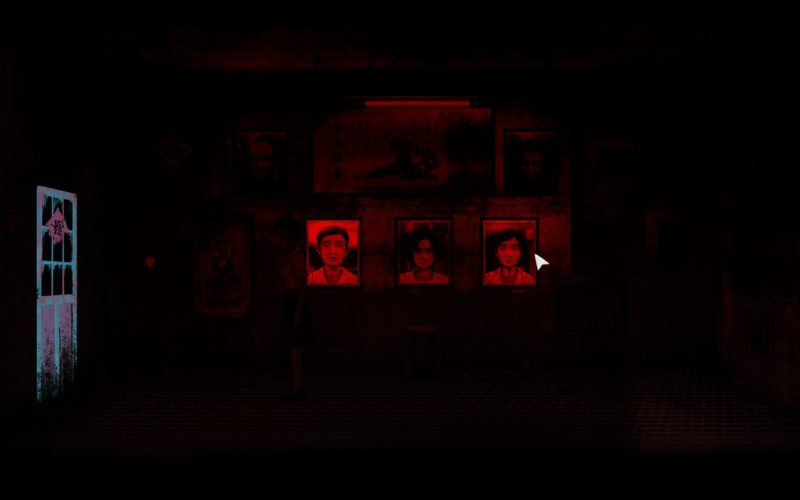 The story of Detention is fantastic and heartbreaking. Because Fang is so well written, you feel her anguish as things take a terrible turn. I will not spoil the ending for you, but neither will the first three-quarters of the game. You’ll know what is going to happen by that point, but not how or why. The answers to those two questions make all of the difference. They make Detention what it is, and give it a weight that nearly mandates you make a cup of hot tea and sit silently pondering it a while once the credits roll.

Beyond being an enjoyable game to play, Detention is gorgeous. Completely hand-animated, the game perfects the illustrated style so many others have attempted before. Even the enemies are drawn, maintaining the mood of the game seamlessly. The illustrations of every space and character convey emotion in a way motion-capture cannot, adding yet another layer to the intricate mood of the game. The sound design and music are on-point as well. The feel of Detention is carefully engineered in every single aspect, making the game easy to sink into and enjoy. The overall effect is not resource heavy, so there are no framerate issues or technical hiccups to break immersion. Like so many crashing waves, every facet of Detention moves in one harmonious lockstep towards an unavoidable tragedy, drowning out the world around you. 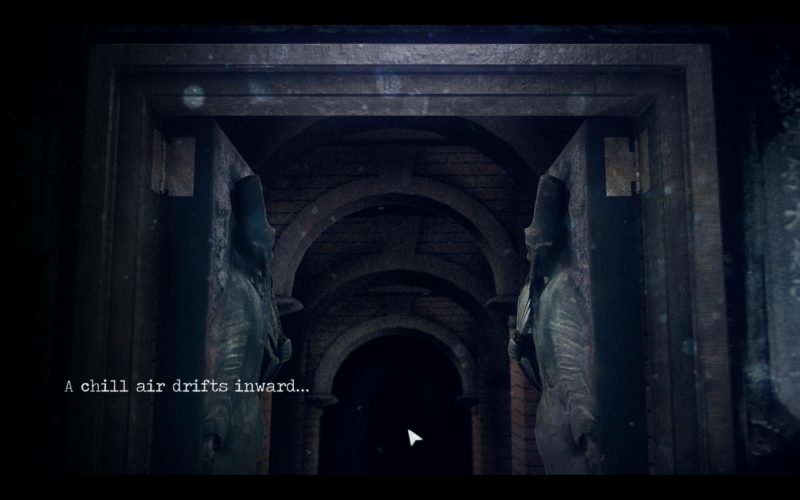 It has been a long time since I have enjoyed a game this much. It has been longer since any piece of art has left me feeling a bit bereft. I find myself looking at images and stories from the White Terror, wanting desperately to reach into them and comfort the lost souls within. In a three-hour timespan, Detention lays out much more than a single story. By creating a game that people truly want to play, and burying the lesson deep within, developer Red Candle taught us something. They built a shrine to the dead and discarded of the White Terror, made of pixels and light. They told the world their story in a way that would get us to listen. We are here, and we hear you. Thank you for taking the time to show us, and to entertain us along the way. I cannot wait to hear the next story you tell.