Welcome to Corpse Party, where all your decisions will decide your bloody fate. The game originally came to existence on 1996 when a team of independent Japanese developers decided to play with the RPG Maker suite and created a 16-bit horror game. Thanks to XSEED games, finally after several years, the game gets an overhaul on the PSP with enhanced graphics and redesigns that enhances the game overall.

The game opens with a group of friends late at night in their school. After an exhausting day of school festival, they decided to tell ghost stories and to commemorate the last day of one of the girls in their class. Later that night their teacher joins them (and was actually part of the little prank played on one of the characters) and the group decides to create a charm to remember that night forever. After performing the ritual, an earthquake strikes and separates the group. They soon wake up wandering in a dilapidated elementary school, Heavenly Host Elementary School, a school that once existed in the same ground where their school is. They realized that the school is somehow alive and their nightmare begins. 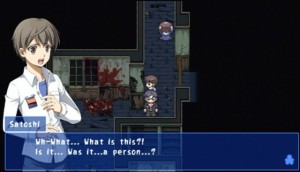 The games is basically a visual novel game mixed with some RPG elements. You will usually control a single character or a small group and search the school for clues. As you continue on your search, there are some hazards (and stalkers!) to avoid and decisions to be made. A huge chunk of the game play is definitely spent on exploration but this is not necessarily a bad thing, this is survival horror after all. A lonesome walk in the school corridors can be extremely disturbing with all the ambient 3D sounds, Heavenly Host definitely knows how to put you in edge. Speaking of which the soundtrack of the game is amazing. The game retains the Japanese voice acting and you pretty much read into subtitles during dialogues. 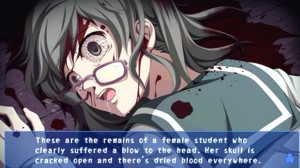 As you play more deeper into the game you might notice that the characters you control are trapped in the same building but can’t seem to meet each other. They are stuck in what the game calls as “close spaces” and things the you do can or will affect the close space of another character. This is very interesting and creates more tension as you wonder if your actions will actually lead to the demise of your other friends. As you explore you will also come across with lots of corpses lying around with a file to read about them (you will sometimes meet them as a spirit too or even a living version of them!) and it is very interesting reading through them, kind of reminds me of the “itchy tasty” diary from Resident Evil. This ever-changing world of Heavenly Host makes exploration very fun but sometimes it gets tedious when you die and did not save. 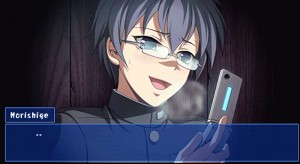 It’s worth noting that if you get a “wrong” ending, then you will start over. This is VERY annoying as you cannot ever skip any of the dialogues or scenes when you play through a chapter all over again. It is very frustrating to play a whole half an hour and then one wrong decision will cost you to repeat all over again, this is one of my complaints playing the game. I warn you, you will definitely die a lot of times in this game. 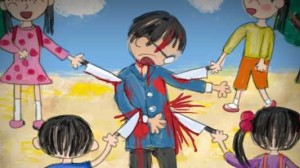 The main strength of the game is its very detailed storytelling and dialogues. As you read through a file or stumble on a dead body, the sub text offers a very detailed explanation of what you see matching with some 3D sound effects and everything feels so eerie. Reading through this puts me on edge and sometimes even produces hair raising effects. The anime visual art style fits the game naturally too. This is what I truly enjoy while playing the game, as long as you commit to this game, it will definitely deliver the goods and will keep you engage. You know that a story is good when you start to feel for the characters and I really did, I was heavily invested in these group of friends and I felt their frustration and fear as a play through the game. 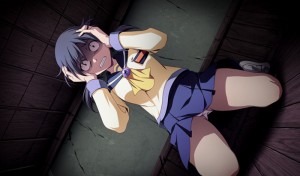 Overall the game offers 5 chapters and depending how well you do, you might finish the whole story within 10 hours or more. Additionally, there are a lot of “wrong endings” to be completed as well as 20 extra chapters to supplement the missing parts of the story.

In the end, Corpse Party is a very unique experience and truly delivers, however it demands your engagement and patience. For 20$ this game is definitely one of the Play station Network’s gem (yes, unfortunately, it’s only available via PSN) and I would say one of the best experiences I’ve had on the PSP. This is not a game for everybody but I definitely recommend this to horror fans. Corpse Party is definitely a horror gathering worth attending and is truly the best way to bid farewell to the Playstation Portable.