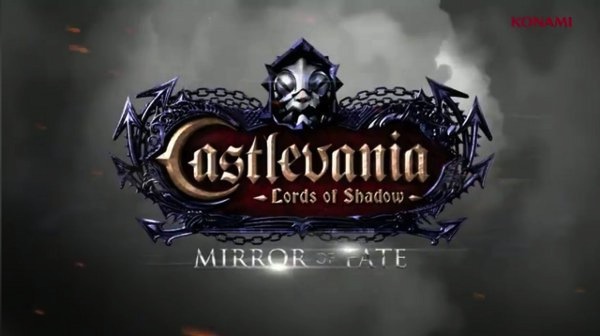 Having taken my time with the game after almost a month after its release, I tried to get a grasp on every aspect of this game simply because, like Jorge, it is near and dear to my heart.  While Sir Bocanegra did a superb job in covering the title in his initial review, I didn’t feel I agreed with some of it and I just wanted to throw in my two cents.  Mercury Steam has once again given us a new Castlevania experience that offers enough originality and enough borrowed to keep players enthralled, but let’s take a closer look.

Beginning with the demo, I was impressed.  A lot of what I have experienced on the 3DS is, well, let’s say similar to what I experience in 3D movies: money shots.  C: LoS: MoF (I had to do that just this once…henceforth it shall be referred to as MoF) didn’t succumb to what I call the “Money Shot Epidemic” because throughout the journey the game stayed consistently vibrant and detailed in all of its environments and dimensions. This is plainly obvious from playing the short demo, which I encourage people who are on the fence to play.  From backgrounds to foregrounds, moons to crypts, this entire game is gorgeous and utilizes the 3DS to its purpose and brings you inside Castlevania in a way not yet experienced.  The characters and enemies are well designed and beautiful in their own rights.  There are some monsters, like the Lady of the Crypt, that seem underdeveloped and that could have used a little more time in the makeup department, but overall they’re great.  Clipping does not seem to be an issue in this game either, even when the camera zooms in on a giant Red Armor walking down steps; his feet are perfectly planted on the stairs they are supposed to be on. Now that’s not saying it’s perfect, but they did a great job here. 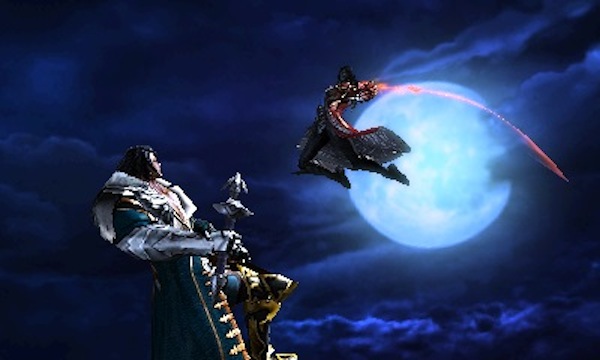 Oscar Araujo returns as the composer and again does a fantastic job.  I wish they would release the soundtrack to this game because I need it.  There are a few tracks, one of which is a boss fight, that I desperately want on my iPad.  The sorrow and elegance of the game is captured perfectly with this score. As in Castlevania: Lords of Shadow on Xbox 360/PS3, the music completes the game; it is absolutely stunning and – like the story – leaves its own mark on an already fantastic series with some of the best music in the industry.

The length of this game is decent, although if you’re looking for the complexity of Symphony of the Night you will be a bit let down.  MoF instead takes the creational direction from Castlevania: Dracula X in terms of following a fairly direct path with a few choices in direction here and there.  In this game you are also freely roaming the castle and will revisit areas multiple times to discover and claim treasures, abilities and scrolls. It was fun making my way through the game towards 100% completion by uncovering everything, but I couldn’t help but feel a little empty that I accomplished it so quickly.  There are no secret walls or “hidden” rooms, only places on the map that you may or may not be able to access at any given time, which was disappointing. 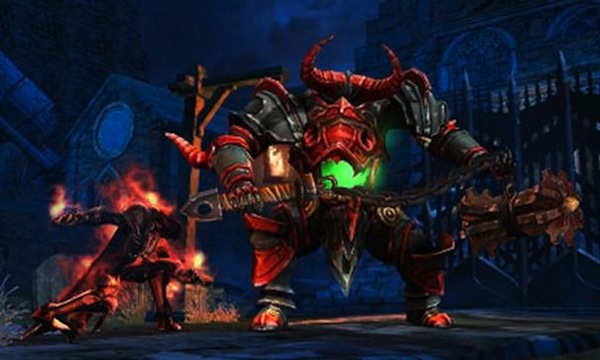 Difficulty is another point that I feel needs to be addressed.  Lords of Shadow was a significantly more difficult game than this partly because of what the 360/PS3 is capable of and partly because it required more finesse during combat. Mirror of Fate can be difficult, but it loses its edge rather quickly because of progress saving.  For some reason the creators take the desperation out of boss fights completely by stripping the need for continued skill and replacing it with invisible markers on your enemy’s health bar.  Once you deal enough damage to the boss, the game goes to a cutscene and should you die after that point you will continue from the cutscene; what’s worse is that it doesn’t limit one cutscene per boss, rather sometimes you’ll get two or so – even with the end fight. I cannot stress how upsetting that is. When you finish the game you are offered a new mode entitled “Hardcore,” which I was really excited to start, but then let down when the only difference was harder-hitting enemies. The cutscene saves are still there during boss fights and your enemies are again rendered useless as long as you have knowledge of their attacks.  To go along with this, Simon, Trevor and Alucard all have the exact same whip combo attacks. There are no differences. I know the story and yes I get it, but still it would have been nice to have a couple whip attacks special to each character.  The magic and sub weapon abilities for each character are nicely split and offer their own advantages, yet I found myself not needing a few. In terms of difficulty it would be ridiculous to ask for a frustratingly hard game like the first three Castlevanias can easily become, but I was honestly hoping for a little more challenge at the end of the day. Since Mercury Steam did a great job at making a truly challenging game with their first outing it was a little disappointing to breeze through this. All that being said, the combat is just as satisfying as in its predecessor.

On a brighter note the story is very nice and follows the Belmont family through tragedy and fate in a generational battle that is anything but simple.  As you probably know, MoF takes place between LoS and the yet to be released LoS2, continuing Gabriel’s tragic and heartbreaking tale.  Without giving everything away, it is centered around the futility of challenging destiny and a future that has already been carved in stone.  As with Gabriel, Trevor and his son Simon are cursed to pursue evil as a way to get revenge – each with their own personal reasons. David Cox and company know how to tug at your heart strings, especially when dealing with our beloved characters and each of them has revelations that genuinely affected me.  Save for the special ending, the game offers no real conclusion and instead sets the stage for the final chapter. Believe it or not you will once again feel sorry for Gabriel by the end of this game. 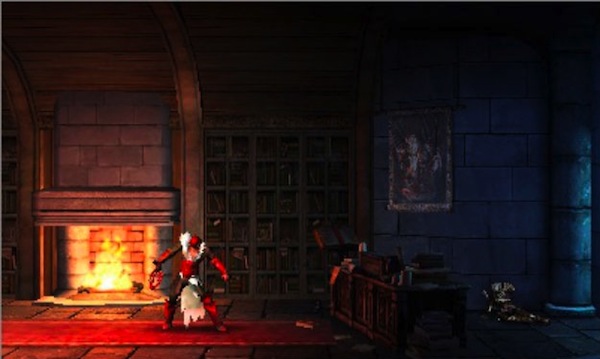 All things considered, Castlevania: Lords of Shadow: Mirror of Fate is a fun and engaging game that delivers a nice story that challenges that of its predecessors, but has some issues that hold it back from being spectacular.  The 3DS is used very nicely and gives a nice feel to the franchise. Fans of all types will surely find something to love about this game, and there are those who will find nothing wrong with it, which is absolutely fine.  I truly like the game and I feel it fits nicely inside this new story. Setting difficulty and exploration issues aside, it is a great game with great mechanics and a story made real by excellent voice actors. I highly recommend this game to anyone who owns a 3DS because it will probably be the best game on the platform and it is a story that everyone should be a part of.