Vampire: The Masquerade — Bloodline 2 Delayed to 2021 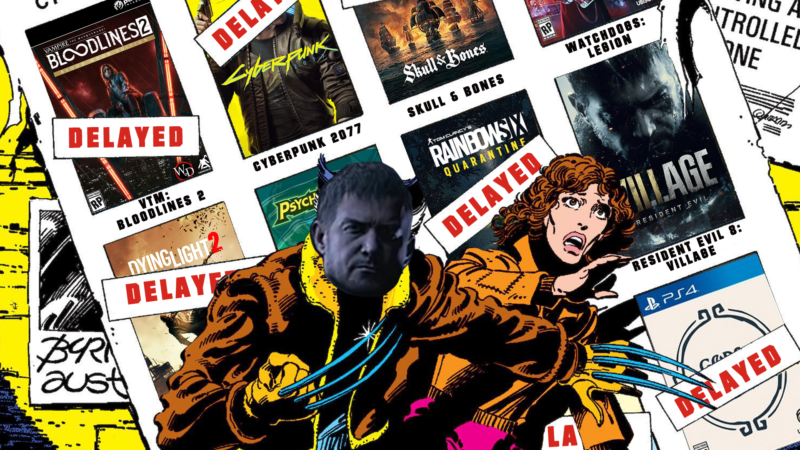 As we edge closer to the end of 2020, it’s becoming more and more clear that we may have to wait longer than anticipated for many of the titles we’re most excited for. From the several times over delayed Cyberpunk 2077 (which I’m still not holding my breath that it’ll actually hit its current November 19th release date) to the now indefinitely delayed Dying Light 2, it looks like we’re gonna be trapped indoors with all those games in our backlogs we haven’t played yet for a little while longer. The latest game to join the lengthening list of delayed games is the upcoming Vampire: The Masquerade — Bloodline 2, which was planned to release this year. As a matter of fact, it was announced as releasing this past March, but was delayed without a new date announced beyond a simple “2020”. That date has now been extended into next year:

Today we have an important announcement in regards to the release date of Bloodlines 2. ? pic.twitter.com/M3xR5qOOpN

While it does suck to know that it’ll be a while before we get to embrace the night, it’s both in the best interests of the dev team during this stressful time, but also in the best interest of the game itself. As excited as I was, I have to admit that the footage we’d been seeing up until now had been somewhat underwhelming, especially the visuals. Knowing that the game will be getting more time under the painter’s brush as it were is A-O-K with me. This delay follows up on the other World of Darkness (the universe Vampire: The Masquerade — Bloodlines 2 exists in) title, Werewolf: The Apocalypse — Earthblood, being delayed into next year as well. It’s very possible that Draw Distance’s Vampire: The Masquerade – Shadows of New York will also be delayed (a follow up to last year’s Coeteries of New York) will be delayed as well (slated for a Q3 2020 release, which is uhhhh right now). There’s also the third Vampire: The Masquerade game, Swansong, and who knows what the status of that is considering it was always slated for 2021.

For now, all we can do is kick back with the original Vampire: The Masquerade — Bloodlines over on Steam and imagine it’s the sequel. My fingers are crossed we won’t be seeing a delay for Resident Evil 8: Village, considering that the website currently lists the release date as “2021 (tentative)”. We’re supposed to get more news on that this month. I honestly wouldn’t be surprised at all if the Xbox Series consoles and the PlayStation 5 were delayed at this point, especially considering we’re (theoretically) a maximum of a little under five months until launch and we still don’t even know the price of any of the consoles. Bleh.