Tons of World of Darkness: VTM, Werewolf News Out of PDXCon - Rely on Horror

Tons of World of Darkness: VTM, Werewolf News Out of PDXCon 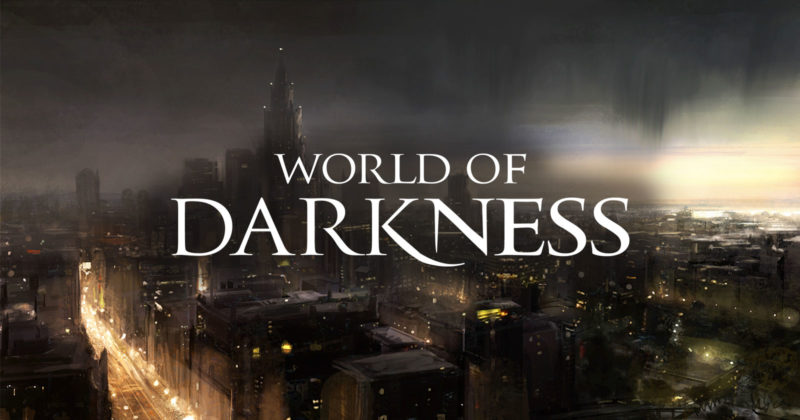 If you’re excited for Vampire – The Masquerade: Bloodlines 2, you’ve got quite the treasure trove of bloodthirsty RPG goodness coming your way! This week is PDXCon in Germany, where Paradox Interactive are showing off their latest and greatest, and the World of Darkness (the universe all VTM content is set in) has a major presence at the show. Bloodlines 2, of course, has a showing, which includes hands-off showing of the E3 demo, a meet and greet with the devs, and more. What I’m surprised to see, however, is that Bloodlines 2 actually seems to be only one of several VTM games present at the show. We’d previously heard about VTM: Coteries of New York, a text-based adventure RPG set in the World of Darkness, but now we finally have a release date, and some screenshots as well! Launching December 4th of this year (which is pretty damn soon for a game that doesn’t have a gameplay trailer yet) across PS4, Xbox One, PC, and Switch. 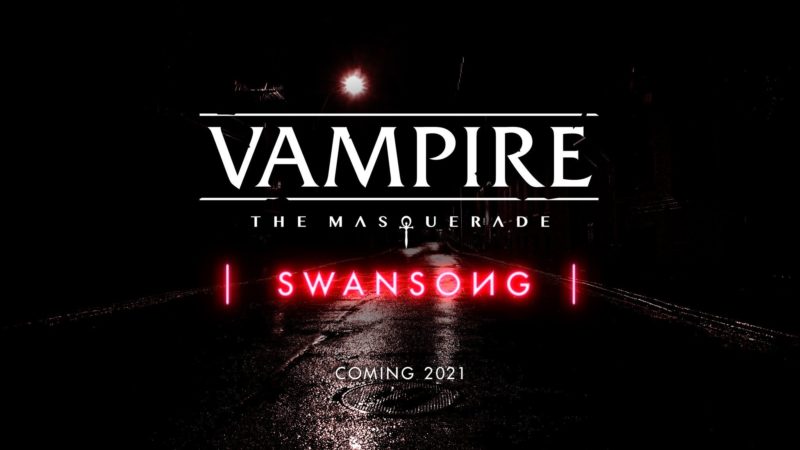 Next up, an all-new Vampire – The Masquerade game was announced out of the blue, as Paradox appears to be going all-in on the VTM goodness. Titled VTM: Swansong, this tale is developed by the team behind The Council (we previously thought Coteries of New York was, but it looks like some wires got crossed as that’s developed by the team behind Serial Cleaner) and is coming sometime in 2021. From the Twitter description:

Recent events have caused Kindred society to reevaluate how it protects its existence in modern nights. As the Camarilla retreats into itself, unknown threats on the horizon could see the collapse of the Ivory Tower itself.

Weave between the intertwined tales of 3 vampires, each belonging to a different clan of the Camarilla, confront their bias and unravel fact from fiction.

Navigate the whispers of conspiracy, murder and power struggles. Protect your clan, discover the truth, and above all protect the Masquerade!

Sounds interesting, and presumably, it’ll play like the developer’s previous game (so Telltale style as opposed to text adventure like Corteries). I’m also curious about the reference to “recent events”, based on the shockwave they seem to have sent, I feel there’s a really good chance this game is directly tied to Bloodlines 2. In that, our character is turned during a “mass embrace”, IE a sudden and violent turning of multiple humans into vampires in the middle of a crowded street. The ramifications on protecting the Masquerade (the law of keeping vampiric society secret from humans) being felt throughout all of these new games could be… pretty damn cool, actually. The events of the big game having an effect on the smaller ones could help weave a really cohesive VTM experience for fans, and I’m greatly looking forward to the possibilities.

That’s not all, however. Also from the World of Darkness approaches our first trailer for Werewolf: The Apocalypse – Earthblood, which was revealed a few months back. Following the story of Cahal, a banished werewolf who has returned to his home in order to save his former pack and home from destruction as an extraction operation by Endron, the energy arm of Pentex (a megacorporation from WoD lore), deforests the area. While there still isn’t a release date (and it probably won’t be trying to compete with Bloodlines when that releases in later 2021), it’s nice to see something from it, finally.