Troy Baker, the new voice actor for Silent Hill 2’s James Sunderland has spoke out against Guy Cihi, the original actor for the character. In an interview with The Gaming Liberty, Troy explains the situation and why he was cast as James in the first place. Apparently, Guy was offered the role in the HD Collection, but ultimately turned it down due to his demand for residuals that did not exist.

“You never bash your employers. You never bash the people who gave you a huge leg up no matter what they’ve done or what you feel that they’ve done. But the fact that he’s talking about residuals being in videogames shows you just how out of the loop he is because residuals don’t happen. They don’t exist.” said Baker.

He goes on to say how Guy was offered the job for the HD Collection, but his continued remarks against Konami cost him the job, and eventually led to the recasting.

“So it’s not that Konami wasn’t willing to pay them, he (Guy) wanted residuals, he wanted non-existent money that he felt that he was owed. So Konami has no fault in this whatsoever. And they wanted to use him again. Guy was the one who was outspoken about it and said that unless this happens he wouldn’t do it, so he forced Konami’s hands. So if anybody wants to blame anybody for why they chose new voices, they can go back to the original James and he’s the one to blame.” Baker continues to explain.

For the Silent Hill community, this is a bombshell. Many fans attacked Konami and labeled them the bad guy for recasting the Silent Hill HD Collection, along with siding with Guy Cihi. Now that it has been revealed that Guy’s own inexperience, and harsh remarks cost him the job, I foresee a lot of fans being disappointed. I’ve spoken to Guy a few times, and he really loves the character of James.

I hope Koanmi and Guy can come to good terms so the fans can be happy. If the Silent Hill HD Collection can have the original voiceovers included as an option, it would be a fairy tale ending to an unfortunate feud.

Update: Guy Cihi has made the following statement on his Facebook page:

“The problem with Konami is that there were never any agreements for reuses of my performance. In fact… there aren’t any written agreements at all. It was an oversight on Konami’s part. Once Sony picked up the theatrical rights for the SH2 title, I guess Konami figured it would spark interest for a yet another re-release. So after many years of no contact, Konami asks me to sign a back-dated release. I said that I was open to discussing reuses of my performance. I never heard back from them. Instead of talking to me, Konami decided to create new voice tracks.”

With this response from Guy, we now have a different perspective on the matter. No word on whether contracts must specifically state that future re-releases are going to be created. Going by Guy’s comments, it appears that a long overdue release was not signed and eventually led to a recast. I’ll have to look into the exact wording on contracts with another voiceactor.

Meanwhile, fans must sit back and wait to see what will come of this disagreement. As I have said before, hopefully things can be worked out so new and old fans can enjoy the best of both worlds: the classic and the new voices in one package. Here’s hoping for the best. 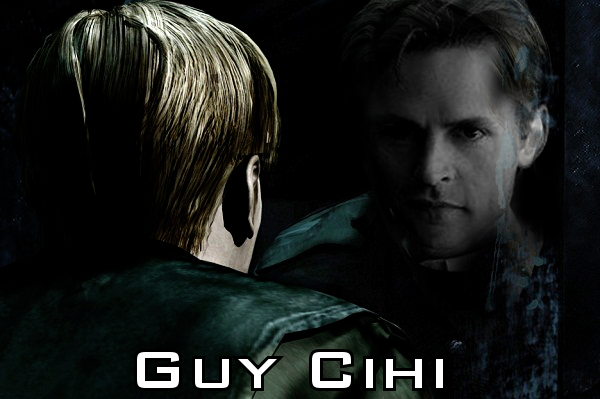