Rely On Horror’s 2022 Game Of The Year Is…Immortality 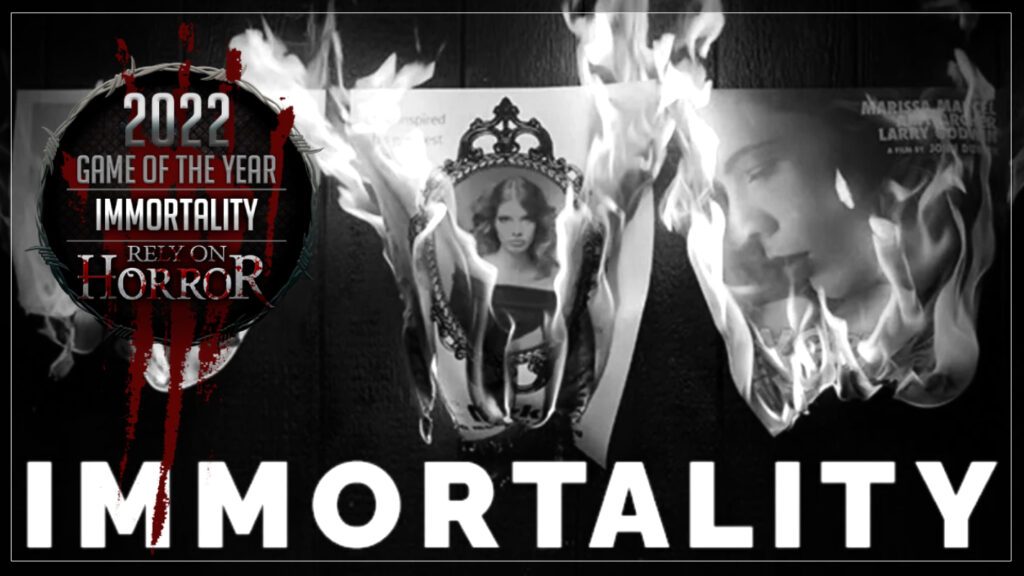 After internal discussions among the Rely on Horror staff, we’re excited to announce that Sam Barlow’s Immortality is the recipient of the Rely on Horror 2022 GOTY award! Below, a few of us have written our thoughts on why Immortality deserves recognition and praise. You can also check out the 2022 Game Of The Year award badge, as designed by Whitney Chavis.

Agree with our choice? Disagree? Let us know in the comments! Stay tuned for our 2022 Community Game of the Year announcement as well!

It’s not very often that a game comes along that changes a paradigm or moves the art form forward in a big way. Immortality is definitely one of those games that transcend the medium. To say that every tiny element and detail surrounding the production of this game is deeply purposeful and meticulously thought-out is an understatement. Every picture, every frame, and every word have layers upon layers of meaning that usually won’t become clear until long after your first encounter with it. After spending around 15 hours with the game to uncover all of the footage and connect all the dots of the story, I can easily say that Immortality is one of the strongest pieces of fiction created in the medium of video games and an experience that will stick with me for years to come. Hopefully, everyone else can get as much out of this game as I did, and the industry will be a better place when more gamers can embrace a game with such an unconventional and masterful presentation as this one.

Before playing it, all I knew about Immortality was a very vague description of it being an FMV game about a murder mystery. I did not need to know more, you will not want to know more. I was already sold and ready to be surprised, wherever this would take me. I had no idea how this would go, or how profound this game’s influence on me would be. Not on a normal, superficial level, but somewhere deep down inside my soul, something resonated with what I was experiencing and witnessing here.  Immortality is absolutely fascinating in every aspect. Not just as a game per se, but also as a film project, given the game is about you looking through scenes of three supposedly lost films, all of which had to be written, planned, and produced like an actual movie, after all. The amount of work put into this must have been gargantuan. After a while, the lines between reality, reality in the game, and the occurrences within the fictitious movies begin to blur more and more as you peel back layer after layer, after layer, diving deeper and deeper into the meta-narrative that hides somewhere in the lost footage. Everyone involved in making Immortality, from the brilliant writing and direction of Sam Barlow to the stand-out performances of Manon Gauge and Charlotta Mohlin, to the sound design of Priscilla Snow and Kevin Senzaki, can be absolutely proud of what they have achieved. Immortality is unlike anything I have ever played before and has kept me pondering for weeks after playing it, which is why it is my Game of The Year 2022. 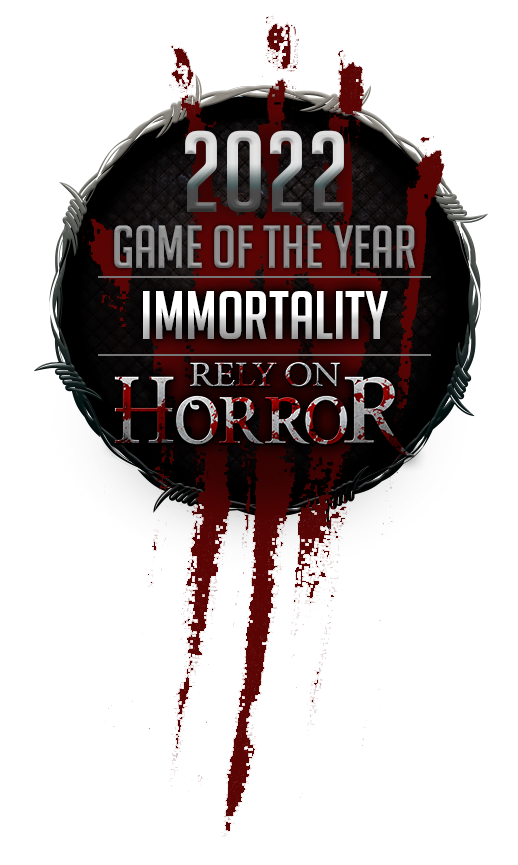