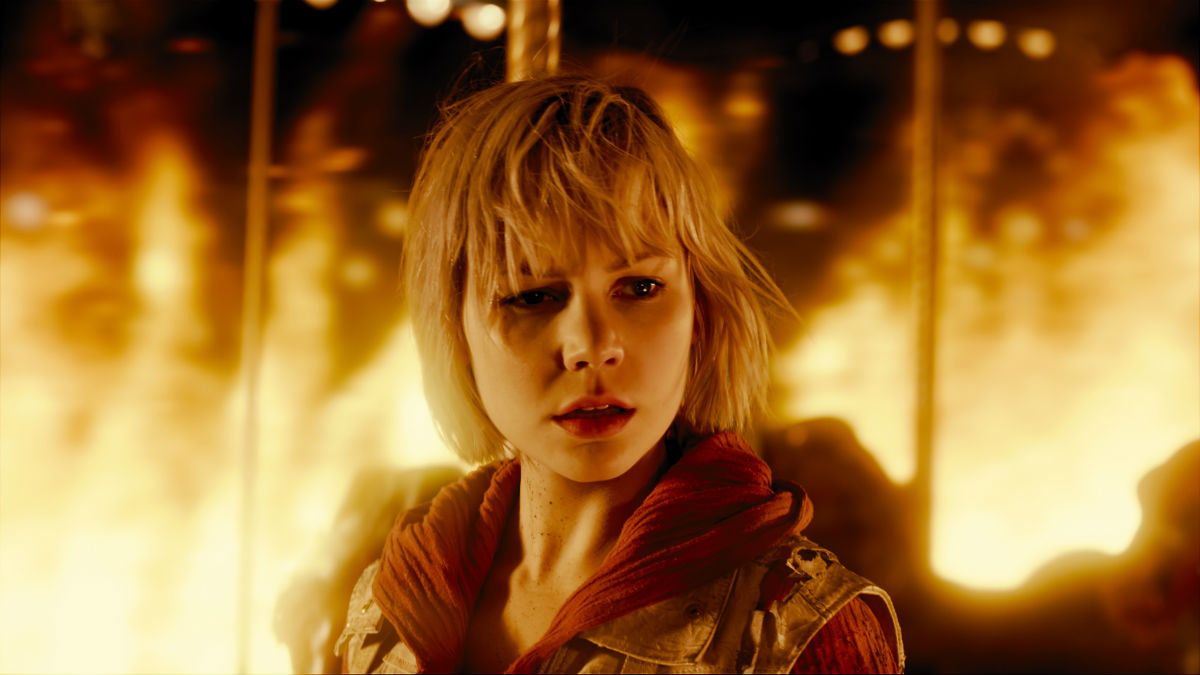 Silent Hill Revelations 3D may have been a film with little to no promotion since its announcement, but that has all changed today during the film’s San Diego Comic-Con panel. A clip from the film was released, a new image, some interesting bits of info, a few funny stories from the cast and crew, and a surprising Halloween announcement. Let’s try and recap all that has happened, today.

First off, IGN got the dibs on releasing the very first footage for the film. In it, we see Game of Thrones‘ Kit Harington as Vincent, strapped to a gourney while surrounded by the series’ iconic (now they are because of the first film and Homecoming) sexy nurses. They look the same as they did in the first film, and they also react to sound.

Heather, who bargains Vincent for his freedom, creates a whole bunch of noise setting the nurses off. The scene is short, looks nice, but I can’t help thinking it’s a tad cheesy. Also, did I hear a New York accent coming from Vincent? What happened to my flamboyant cult priest with impeccable taste and a swishy booty walk? Oh well, these things change. Regardless, I can’t wait to see more footage. Attendees to the panel were also treated to a second clip–one has not been released to the public just yet. A trailer is promised to be released within the coming weeks.

Despite my feelings toward this footage and Vincent’s role change, I’m very much looking forward to the film. If anything, it will be a great visual treat, but I definitely hope it delivers in all other aspects as well. 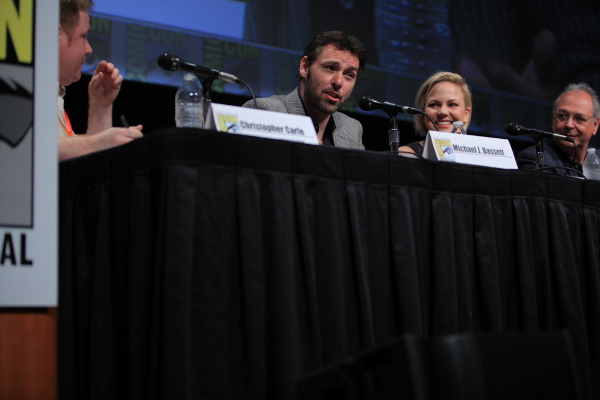 The panel, recapped by Konami’s Comic-Con blog, revealed a few fun details about the film. One such story was how Heather actress, Adelaide Clemens, prepared for each scene of the film. Apparently Ms. Clemens would scream before scenes as to get herself in the right psychological mood of a terrified girl. Producer Samuel Hadida said the DVD of the film might contain a “scream reel” of Adelaide’s scene preparations. That could be pretty amusing; I hope it makes it in.

As for the real hard hitting bits of info, let’s start with Bassett’s experience with the Silent Hill series. In the panel, Bassett explains that he has been a fan of the series for many years and that he will be approaching the film as a fan first. “I’m a fan first. I’m trying to make it pure. We didn’t just do this in isolation, we talked to Konami to make it right.” said Bassett, easing fans a bit.

Bassett also declared his fondness of live actors and puppetry when it comes to making scenes feel real. This line was in reference to one of the new creatures that will be in the film: a mannequin monster with multiple, spider-like appendages. Unfortunately, this creature has not been shown to those outside of the panel.

I give props to any director that prefers the grounded appearance of puppets in horror films. CGI just won’t cut it most of the time. The Thing, one of the best horror films of all time, did incredible things with real, in the room, puppets. CGI, as seen in The Thing‘s fairly recent prequel, just doesn’t have the same effect. I’m glad to hear that Bassett and I see eye to eye on this matter.

Bassett also goes into how the film is both a sequel to the first film while also being an adaptation of the third Silent Hill game. He also wanted to reassure fans that many series’ staples such as the lore and psychological aspects will be present in the film. Some Easter Eggs have also been put into the film as a treat for long time fans of the series.

The last “revelation” to come from the panel is the announcement of a Silent Hill themed horror maze in both Universal Studios Hollywood and Universal Orlando Resort as part of the Halloween Horror Nights Fall event. The themed maze is said to incorporate environments and characters from throughout the series. There is even mention of the use of the Fog World and Otherworld in the attraction. I’m not sure what to expect from this, but I’d love to go and try it out. I think the Whispers in the Dark crew needs to plan a meetup for this thing!

So now that footage has finally been revealed for this film, what do you all think?