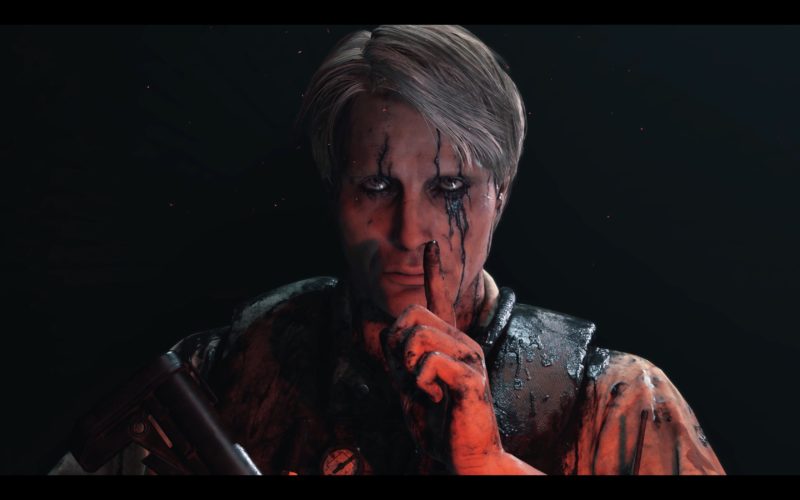 It’s only days before Death Stranding appears at this year’s E3, but what’s the season without a hefty dose of possible leaks?

First of all, as these are unofficial, unconfirmed rumors, they should be taken with enough salt to give you blood pressure problems. Hell, add just a little bit more, seeing as it’s a leak from 4Chan’s /v/ board. Sure, there’s been a surprising amount of leaks that turned out to be legit this year (from down to the detail descriptions of Pokemon: Let’s Go Pikachu/Eevee, to Kotaku’s reports on Fallout 76 before that was officially shown off), but it’s still worth the extra caution to not let every rumor dictate our expectations. That said, these details seem just outlandish enough to be true.

Tons of weapons, vehicles, gadgets and gear from multiple era’s, from clubs to single shot muskets to energy swords.

The baby is something that exists as a singular, it is not something that is instanced each time you boot up the game. The baby is a single entity. He is what is causing the time distortions and dimensions crossing over, which is multiplayer. When the community has reached the end of the game, there will need to be a global decision made to kill the baby and end DS multiplayer forever, or allow it to live and continue the multiplayer experience. Players in other games can do things at certain points in time that will have a butterfly effect in your game, this can happen both while you are actively playing or while the game is off. They can be positive or bad things (Stick or rope) PVP can happen at any point if you and another player accidentally cross timelines while time traveling. When you die that timeline is closed forever, significant things that encapsulate that Sam’s story in that timeline will travel with you to the ocean floor before you re-emerge and continue in a new timeline. As you and other players pollute the ocean, it will cause sea-life to die and wash up on shore.

Early 2020 – Game got delayed internally. yes it will be on PC at an undecided time after the PS4 release. Likely not for at least 12 months. Sony wants it exclusive entirely, minimum contractual obligation is a year though. Well see after that. None of that is set in stone yet.

See what I mean? Concepts like “everyone agreeing to kill the baby will permanently end multiplayer” sounds batshit insane, but on the other hand… it doesn’t sound that different from the global nuclear disarmament goal in Metal Gear Solid 5‘s multiplayer (which players still haven’t successfully completed, over two years later). The only way to find out if any of this is true or not, though, is to tune in to Sony’s E3 conference, Monday June 11th 6 PM PT / 9 PM ET.