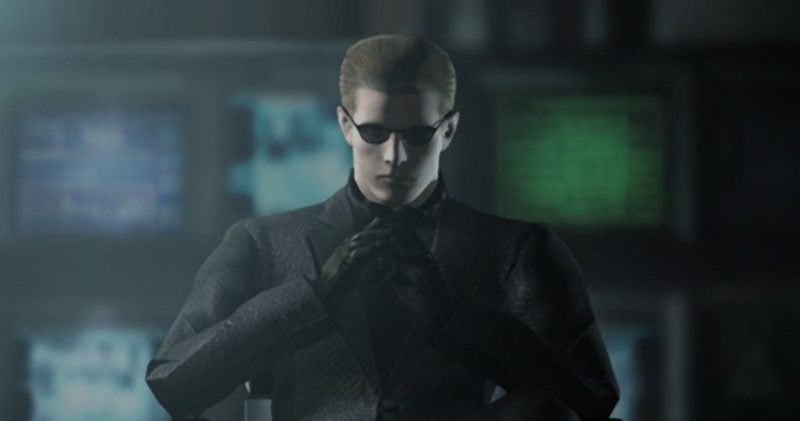 For those of you too young to remember (or perhaps you just never really kept up with the cast of Resident Evil), D.C. Douglas is nowhere near the first actor to portray Albert Wesker. While hes played the character more times than any of the previous performers (having played the iconic villain across nine titles, most recently in the mobile game Teppen), and we’re all big fans of him here (he even helped us out with our Patreon trailer), Douglas was the fourth to take on the role (the only person who has followed him is Jōji Nakata, who plays the character in Japanese versions), after Pablo Kuntz, Peter Jessop, and the subject of this post, Richard Waugh. Richard Waugh was more or less the actor who made Wesker who he is, and D.C. Douglas (who immediately followed him) is even doing sort of an impression of him for his performance. Originating as the voice of the character for his appearance in both versions of Code: Veronica, Richard Waugh went on to establish Wesker’s tone and personality across three more of the character’s appearances. His rich, growling approach to the aloof villain added a much-needed air of superiority and genius to the previously generic greedy asshole/mad scientist from Residnet Evil (1996), cementing the character in fan’s minds.

After moving on from the character, he never really tried to own Wesker in a public space the way Douglas has. D.C. Douglas puts on his Wesker voice constantly, whether it be for his sexy fanfic readings at conventions or silly videos he (or others) put out, making his name synonymous with the character. Waugh does the voice when prompted by fans at conventions and whatnot but really doesn’t have much of a public/social media presence (at least that I’m aware of). Back in 2017, he appeared on the Crimson Head Elder Podcast, (along with Alyson Court, and Leila Johnson, both also from Code: Veronica) and did the voice there, but outside of that I can’t really find much else — until now. Crimson Head is a Resident Evil fansite, who do a ton of really great interviews with Resident Evil cast members new and old, had them reprise their series roles for special readings, and even interviews with some of the behind-the-scenes people including writers and designers. Seriously, if you’re a fan of Resident Evil, you have to check them out — there’s no better source for behind the scenes stuff like this than them. Anyway, they just posted a video the other day that’s pretty exciting if you’re a fan of Richard Waugh’s take on Wesker — a new, in character, reading of a re-written file from Resident Evil Zero. Re-scripted to be Wesker’s diary (as opposed to that of an unnamed assistant director as it was in the game), the reading is both delicious as well as deeply satisfying as a fan of his work. Check it out:

Waugh most likely won’t be returning to the character in an official sense, as Capcom seems to have fully moved on in terms of the voice cast (nearly everyone in the RE stable has been replaced, save for Douglas of course, and T.J. Rotolo as William Birkin, who’s played the character since Umbrella Chronicles). I don’t really want to pick favorites with this character, and I am deeply in love with Richard Waugh’s version of the character just as much as I am with Douglas’. The smooth, tire tread on gravel evil that drips from the RE0/CVX/RE4 versions of this character are a joy to listen to, and I’m glad that we’ve gotten another chance to.