Review: The Walking Dead: “What Lies Ahead”

After a superb first season, that was sadly only six episodes long, AMC’s The Walking Dead is back for a second, which is already set to be longer than its debut run. And it gets things moving right away with the premiere episode, “What Lies ahead.”

Rick and his fellow survivors are still on the move after last season’s explosive finale saw their only hope at returning back to normality end up being just another dead end– hey, at least they got to enjoy some real food and showers! As the episode kicks off we see them still driving along the highway we left them in last year, but as you might imagine, things quickly go to hell once again.

As we already know, this season the survivors will be spending some time at Hershel’s farm, which is a locale that should be very familiar to those who’ve read the source material. And yes, Shane is still alive, which is indicative of even more alterations being made to what fans are accustomed to from the ongoing comic book series. But hey, if things were to play beat-by-beat to the comic book then there would be no element of surprise for hardcore fans.

So, was the first episode of this second season any good? 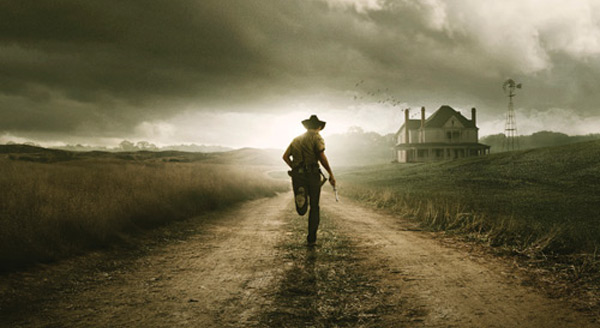 To answer that in one simple phrase: Hell yes it was. But leaving it at just that would be doing a disservice to the episode, so I’m going to tell you just why it was so good. For starters, no time is wasted and before you know it, the first few minutes of this hour and a half episode already depicts our characters confronted by hordes of the undead. Not just any horde, but an actual, herd moving through the highway in what seems to be a coordinated manner. Series creator, Robert Kirkman, has already gone on record stating that we’ll be seeing a lot of this in the second season, but seeing it for the first time in this episode was truly awesome and made for quite an edge-of-your seat sequence.

So, how do our survivors get out of this one? Well, they don’t opt to follow Rick and Glen’s plan from season 1 which involved covering themselves in zombie guts and blood, instead, they opt to hide under the abandoned cars which litter the highway. It doesn’t take long before T-Dog gets a nasty cut on his arm (which appropriately squirts out a steam of blood…ouch) leading to nearby zombies getting a hard-on from the scent of blood. Don’t worry, T-Dog fans, Daryl quickly came to the rescue to save him, which further proves that the squirrel-loving, crossbow-wielding survivor, — despite being related to a loud-mouth, one-handed racist– is actually a good guy at heart, contrary to what his hardened personality may have one believe.

I won’t spoil the entirety of the episode, but things quickly get even worse as Carol’s daughter, Sophia, gets separated from everyone else after being pursued by a zombie. This led to another strong character moment by the little girl’s actress, Madison Lintz, when she automatically tried to grab Rick’s stored gun after he found her. Just by instinct alone, the first thing she tries to do is grab a gun and try to down her undead pursuer. But then she does something stupid…But you’ll see that for yourself if you see the episode, all I’ll say is that she should’ve waited for Rick! And really, where the hell did she run off to? I guess we’ll find out in the weeks to come. 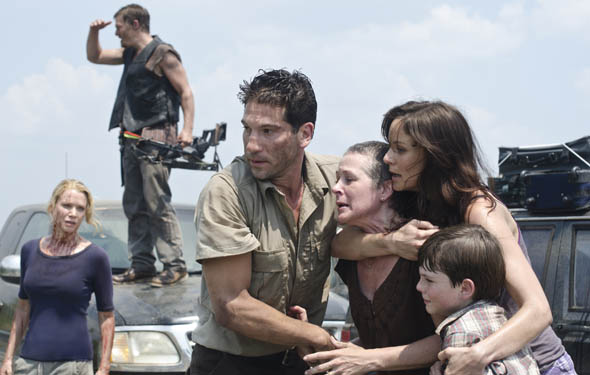 Come to think of it, all the actors really put on a good depiction of not only their respective roles, but also of the way it’s expected for one to act amidst the zombie apocalypse. You won’t see any generic, super-soldier- like archetypes here, it’s grounded as much in reality as it can be– the same can be said of the comic book series as well, of course.

Andrew Lincoln continues to shine as the main character, Rick Grimes, and John Bernthal continues to play the best-friend role as Shane, though in this premiere episode we do see him starting to show some signs of wanting to call it quits and leave everyone behind. And I don’t know about you, but the one weak link in terms of characters in this episode for me has to be Andrea. I mean, don’t get me wrong, Laurie Holden definitely does a good job playing the role, and she actually has the best kill in the episode, but it’s just that her character sort of annoys me at times. Yeah, she did lose her sister and was the one to place a bullet in her head to end what might have been a long-lived zombie life, but the way she just acted towards Dale (who seems to truly, genuinely care for her) was just messed up. And what do you know, she wants to leave everyone behind too!

I was actually quite happy when Lori, Rick’s wife, stopped and downright called out Andrea for always giving her odd looks– but then again, Lori isn’t exactly a saint, either. This further shows that tension will keep on growing between the survivors, and Shane and Lori won’t be the only one at odds this season. Which then leads to the unresolved mystery from last season’s finale: Dr. Jenner’s whisper to Rick. What was it? Well, we don’t find out in this episode, but we do get brutally teased in the opening segment, with Rick’s monologue in which he’s reaching out to Morgan (who you should remember from the first episode in season 1). Looks like we’re going to have to wait a tad bit longer for that to be revealed! But it has been confirmed by Kirkman himself that it’ll be revealed this season, so we won’t be dead by the time the revelation comes about. 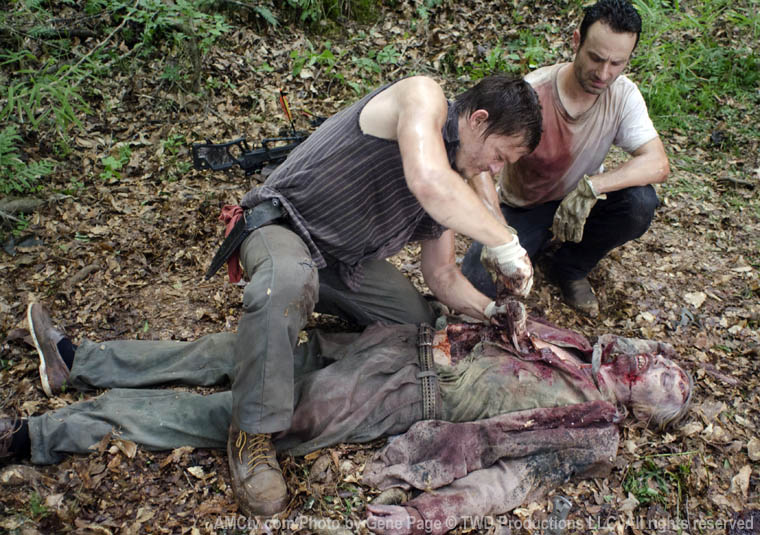 But let’s talk about the one thing I know you all love: gore! And let me tell you, this episode had its fair share of it. Though the zombie body count wasn’t high whatsoever, with only a few major kills, we still got one striking moment in the episode that definitely begs the question: How are they getting away with all this on a television show? It definitely makes you wonder, and actually quite glad that AMC didn’t step in and edit the scene, to make it less gory. I won’t spoil the scene completely, but I’ll just say that it involved finding out what a zombie had for dinner! Another good display of some good ol’ classic zombie-killing goodness came at the hands of Andrea, where she utilized a screw driver to take out an attacking zombie. Right in the eye!

If I had to pick out some flaws, it would be that action was sort of lacking in this premiere episode, but hey, as us Walking Dead fans know, it isn’t all about the the zombie-killing action, the actual characters are just as important. And trust me, this episode doesn’t fail on that regard. I really have to tip my hat to Lincoln for the one scene towards the end where Rick is at the church and he’s seen praying to God, asking for a sign that will let him now that he’s doing the right thing. It’s not often that you see a scene like this in a film, game, or tv show where the subject matter involves the zombie apocalypse, so it was quite nice to see it unfold here.

Oh, and did I forget to mention that there’s also a nice little action scene in the church? Yeah, zombies were praying too! But then their lives were cut short for the second time. This particular behavior from the zombies is also indicative of something rather interesting: the notion that some of the zombies still continue to perform what they would normally do in their pre-zombified lives. It’s an aspect that I sincerely hope continues to rear its head as the season continues as it goes a long way to actually give some character to what are otherwise, disposable zombies.

The Walking Dead is back and it’s better than ever. This season premiere is definitely one of the best episodes in the young, promising series. It may not best last season’s premiere, but it was still a superb start to what’s definitely looking to be one hell of a sophomore season. Here’s hoping all the consecutive episodes follow the rich quality found in this one. Oh, and before I forget: How crazy was that ending?!