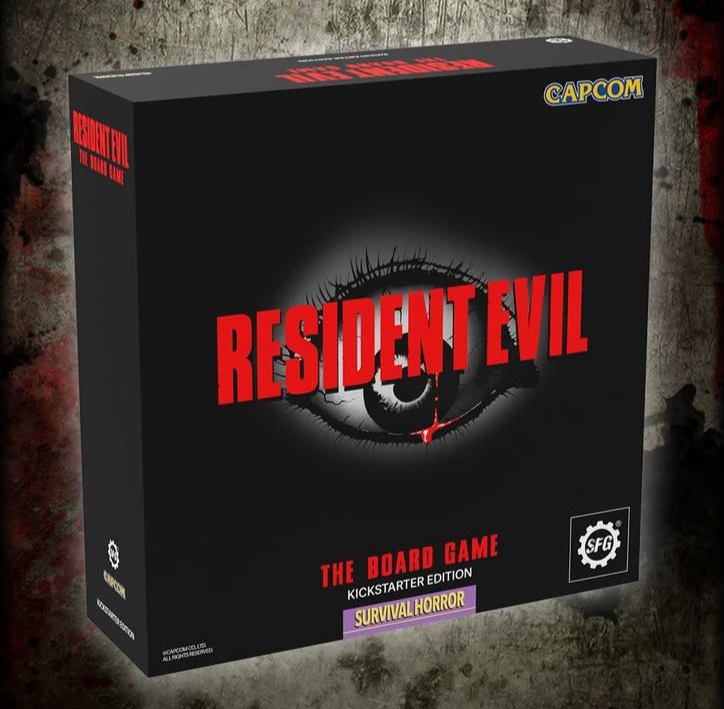 In the trailer, we get some nice nods to the game, as the camera leads us into the mansion to find a box of the game standing on the table. The video also showcases the focus of the game, which is planning ahead, survival, and resource management.

The Kickstarter campaign for the game’s initial funding has been announced to launch on October 26th.

In a recent AMA, the game’s lead designer, Sherwin Matthews, was asked to elaborate on what differentiates this game from other video game-to-board game adaptations.

Here’s what he had to say:

At a zoomed-out level, this game is emphatically a Resident Evil game. It has a massive focus on resource management, suspense, and narrative.

Players have to plan ahead as much as they can, and be ready to adapt their plans on the fly. Because ammunition and recovery items are scarce, the players can’t simply roll dice at problems to make them go away – each enemy (or even a corpse token) is an obstacle that has to be carefully considered.

Player skill is based around knowing when to risk exploring new rooms, and when not to – but more so, how to position enemies or find alternate methods for mitigating them. Along the way, several other elements will force you to rethink, and the tension deck is a constantly ticking clock that not only puts pressure on you, but provides a huge injection of suspense about what might jump out of the darkness to attack, or make the enemies you already know about break through windows or doors.

Moving beyond combat, there are more than a few elements which set this apart – Resident Evil uses an objective based system for each scenario that mixes things up considerably; its never a case of simply exploring to the end of the map, but actually figuring out how to complete the scenario based on what clues you discover along the way. Puzzles obviously factor into this massively.

Finally, there’s a lot of focus on the campaign here. Resident Evil is an open world game, meaning that you can explore scenarios in any order you want, provided you can find the items to unlock the path ahead. Your decisions about how to deal with your foes will effect the campaign, as will your interactions with NPC survivors and the narrative events, each effecting which epilogue ending you receive. 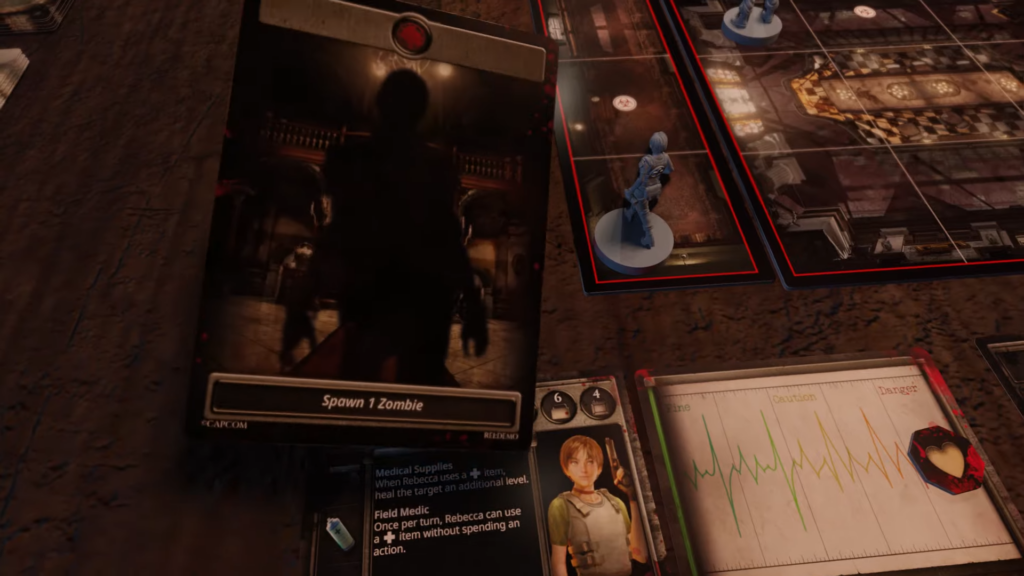 Based on what was shown in the trailer in conjunction with Matthew’s remarks in the AMA leads us to believe that we’re definitely in for a treat.

An official price point has not yet been announced, but if the previous iterations of their Resident Evil board games are anything to go by, this new one will probably be somewhere between $100 and $150. I would personally lean towards the upper end of this estimate since what’s included in this set seems like quite of bit of quality pieces and materials.

For more updates, be sure to follow the Kickstarter page for Steamforged Games’ Resident Evil: The Board Game here. As always, we’ll report on any new info as soon as it’s announced.