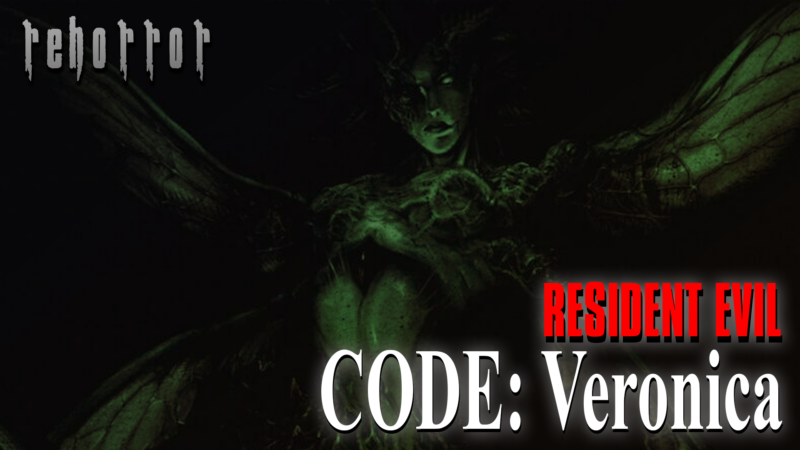 Biohazard, localized as Resident Evil for overseas release, has endured throughout the years against changes in the games industry and continues to receive new content. The landmark survival horror series that defined the genre for a generation of fans eventually shifted gears towards a more action-based gameplay style to market itself to American and European audiences. Before that paradigm shift, however, an early series entry accomplished a successful blend of survival horror and action without compromising the gameplay themes that began with the mansion incident in the original Resident Evil (1996). Titled Resident Evil CODE: Veronica, the game kept important story elements and characters while introducing new ones, and brought stylishly high-stakes, over-the-top Hollywood action to consoles.

As Resident Evil’s 25th anniversary continues, it’s with fans new and old in mind that we take a look back at the legacy and influence of the fourth main entry in the series.

CODE: Veronica was released just as the old millennium became the new on February 3, 2000, for the Sega Dreamcast. It’s considered by multiple critics to be one of the greatest Dreamcast entries during the console’s limited run, selling 1.14 million copies worldwide but selling about 450,000 copies in the U.S., its target audience.

A desire to extend the game’s lifespan beyond the Dreamcast led Japanese developer Capcom to release it again a year later. Titled Resident Evil CODE: Veronica X and released for the PS2 in 2001, this enhanced version of the game included additional cutscenes and story elements not found in the Dreamcast version. Including Code Veronica: X, overall sales of the game would total 2.54 million units. 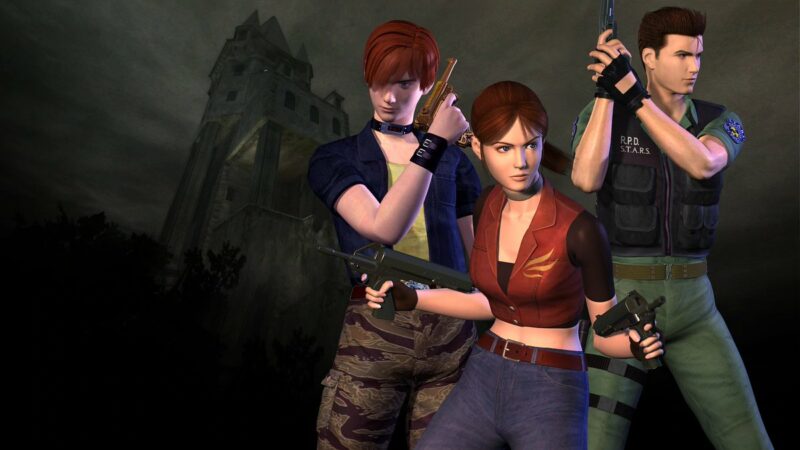 Voice-over talent led by voice director Erik Suzuki helped bring life and personality to the game’s many characters. The cast is led by Leila Johnson as a new villain, Alexia Ashford, and Richard Waugh as Albert Wesker. The protagonists include Michael Filipowich as Chris Redfield along with Alyson Court, reprising her role as Chris’s sister Claire from 1998’s Resident Evil 2. Rounding out the rest of the cast is Peter Oldring as Alexia’s twin brother, Alfred Ashford, Bill Houston as Steve Burnside, and Martin Roach as Rodrigo Raval.

CODE: Veronica’s story is set in December 1998, in the aftermath of Raccoon City’s destruction. The game begins on Rockfort Island, an isolated location in the South Pacific that houses an Umbrella Corporation-funded facility. Former S.T.A.R.S. Alpha team captain Albert Wesker has mysteriously returned from the dead and is now in command of a paramilitary group called the H.C.F. (Hive/Host Capture Force). He believes the body of Alexia Ashford, a former child prodigy of Umbrella rumored to have created the powerful t-Veronica virus, is being kept on the island. Following hot on Wesker’s heels is Chris Redfield, fueled by a powerful grudge against his former leader for Wesker’s betrayal of the S.T.A.R.S. members.

Chris returns for the first time since the events of the original Resident Evil. During repeated encounters with Wesker, He makes a number of choices, includes lunging at the superpowered villain with a metal pipe before being tossed aside like a rag-doll, a moment that’s an apt metaphor for the ongoing struggle between their two diametrically opposed personalities. Thanks to the YouTube channel Resident Evil Database, you can watch one of Chris’s memorable battles with Wesker yourself.

After the events of Resident Evil 2, Claire Redfield’s search for her brother leads her to infiltrate an Umbrella facility in Paris, where she’s subsequently captured by an Umbrella paramilitary soldier named Rodrigo Raval and transported to Rockfort Island. Claire is then imprisoned on Rockfort Island and later released when Rodrigo has a change of heart as a result of Wesker’s H.C.F. attack, which has led to an outbreak of the t-Virus on the island. In a twist of fate, Claire encounters Wesker long before she can reunite with Chris. Her first encounter with her brother’s nemesis (and ongoing series antagonist) is another fan-favorite moment of the game.

Steve Burnside, another new character who serves as a foil to Claire, is introduced as a Rockfort prison inmate with a heavy past. Wielding two gold lugers (which are also keys to the Ashford residence), he assists Claire throughout her journey as they try to escape the island’s horrors together. Claire’s subsequent encounters with the disturbingly theatrical commander of the Rockfort base, Alfred Ashford and his twin sister Alexia, and Claire’s eventual reunion with Chris is a story within a story; two pairs of siblings on opposing sides of morality.

Nearing the climax of the game, Rockfort Island is revealed to be a front to conceal the true location of Alexia Ashford, who’s eventually found in the Antarctic and surprisingly, alive. There, Wesker enters the Antarctic Hall of the facility (with its gothic European architecture) and is met with the sight of the newly risen Alexia, whose t-Veronica virus was his goal. The stand-off between Wesker and Alexia on the staircase landing is the most memorable scene from CODE: Veronica according to numerous fans over the years.

Alexia’s cackle as she mutates into her monstrous form lets players know she’s not to be trifled with. Duking it out with Wesker in classic Resident Evil fashion (as shown in the famous cutscene below), the scene involves Wesker being set aflame, maniacal laughter from both sides, and an astonished Chris as he looks on. Below are both versions of the scene for comparison.

Due to an outdated control scheme and console inaccessibility for newer generations, combined with fan debate on whether the game should be properly remade, CODE: Veronica remains a popular topic among the Resident Evil fan community. Capcom’s decision to skip CODE: Veronica and go straight for a remake of Resident Evil 4 has left fans wanting. So much so that some have taken it upon themselves to do what Capcom won’t, in the form of a fan-developed remake.

Resident Evil CODE: Veronica’s blend of the survival horror and action genres, obtuse, yet beloved puzzles, and the introduction of new lore and canon, makes this entry worthy of the series’ grandiose, operatic legacy. A fitting way to wrap things up would be with Alexia’s recurring theme throughout the game, best heard in Alexia Type 2, from CODE: Veronica’s original soundtrack; the result of a collaboration between Japanese composers Takeshi Miura, Hijiri Anze, and Sanae Kasahara.

With time, maybe Capcom will listen to passionate fans and provide us with an official remake of Resident Evil CODE: Veronica. Until then, the original release will remain beloved in the hearts of Resident Evil and horror fans alike.