Resident Evil 6: the good, the bad, and the add-on - Rely on Horror

Resident Evil 6: the good, the bad, and the add-on 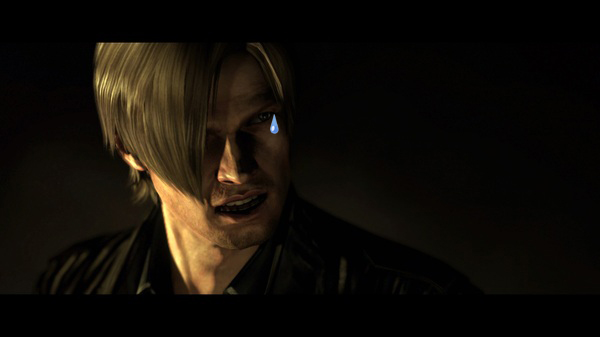 So, we’ve got a bit of good news and a bit of bad news for Resident Evil fans today. Let’s start with the bad news, as it might make the good news sound better.

After the tidal wave of negative feedback from journalists and gamers alike, it looks like Resident Evil 6 has finally bit the bullet, explaining Capcom’s almost panicked sounding statement a few days ago concerning rebooting the franchise. Despite selling over 4.8 million units, the game has come in significantly lower than Capcom’s expectations.

The publisher had this to say:

“Despite record breaking sales when (Resident Evil 6) debuted, (it) subsequently lost it’s momentum, resulting in a failure to achieve planned sales and fulfill it’s role as a driver of sales expansion”

While I can’t say I was terribly happy with Resident Evil 6 myself, both as a fan and as a consumer- but I’m not the “burn the witch” kind of fan. I’m not thrilled to hear that RE6 did so poorly in comparison to previous games, I am at the very least glad that it is making Capcom to reconsider the direction they have been driving the series in. I often remark on the Whispers in the Dark podcast that Capcom’s public relations motto seems to be “Go @#$! Yourself”, with constantly doing the exact opposite of what the fan bases for each of their series’ wants (the last few years almost domino disaster with the one-two-three punch of the cancellation of Mega Man Legends 3, the gross mishandling of Street Fighter X Tekken, and the almost completely nonchalant way that western releases of Ace Attorney Investigations 2 was cancelled), I’m hoping that the sever backlash Capcom is getting now will spur them into change their policies, not to mention their efforts of making good products. Although there’s always my deepest fear, that Resident Evil could get the ax just as Mega Man did, but I doubt that will happen.

In happier news, we’ve got announcements for the console and PC version of RE6,with both getting new modes for multiplayer.

Resident Evil 6’s upcoming release on PC will come with an exclusive mode “Mercenaries: No Hope”, which is said to include “more enemies than ever before”, which also means that PC players will be able to rack up higher combos. Mercenaries has always been one of my favorite modes in the series, even before it was called such (anyone remember RE2’s “EXTREME BATTLE MODE”), and it was one of the only multiplayer modes in Resident Evil 6 I actually enjoyed, so it’s awesome to hear that the PC release will be including an enhanced version.

Finally, sometime in March, console players of RE6 will be getting another multiplayer mode to add along side the previous 3 DLC ones. “Siege” mode shakes things up by more or less copying Gears of War 2’s“Capture the meatflag” mode, where two teams of three (one team human, one team J’avo) race against the clock to get to a lone A.I. rookie B.S.A.A. agent, who has been lost in the field.

As you can imagine, the human team’s objective is to rescue the A.I. character, where as the J’avo team’s objective is to eliminate him. The mode consists of two rounds, giving both teams a chance to experience the objective from both the human and J’avo sides, and will be releasing at 320 microsoft points, or $3.20, € 3.99 or £3.19, which is the same price as each of the game’s previously released DLC modes. Considering the loss Capcom suffered over Resident Evil 6, there’s a chance we may be seeing quite a few of these remixed modes before we see story based DLC. There’s a trailer in the source, if you want to check it out.