reHorror: Why Jill should be in Resident Evil 6 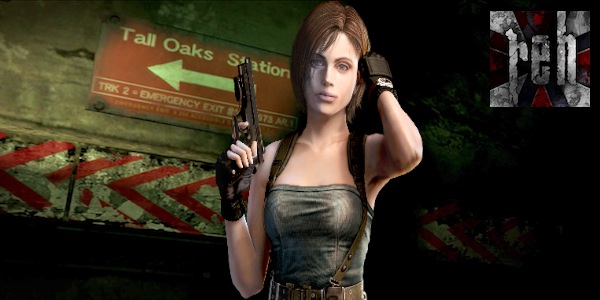 Ms. Valentine is no stranger to city-wide viral outbreaks, having already survived the (T-Virus infected) hell that was Raccoon City. She was able to take down the deadly Nemesis as he obsessively pursued her throughout Raccoon City’s blood-ridden streets. And she’s also a survivor of the memorable mansion incident that paved the way for her to become one of the greatest female leads in gaming (as well as the Master of Unlocking). And how can we forget about her “blonde” moment in Resident Evil 5… So, what’s next for the beloved heroine?

She’s already the central character in the upcoming 3DS exclusive entry, Revelations, and she’ll also be a playable character in Operation Raccoon City’s Heroes multiplayer mode, so it’s not like she’s keeping Billy and Rebecca company in the realm of obscurity. But do you know where else I think we should see The Master of Unlocking in next? Why, Resident Evil 6, of course, or more specifically: Tall Oaks. Here’s why I think Jill should have her own scenario in Resident Evil 6. 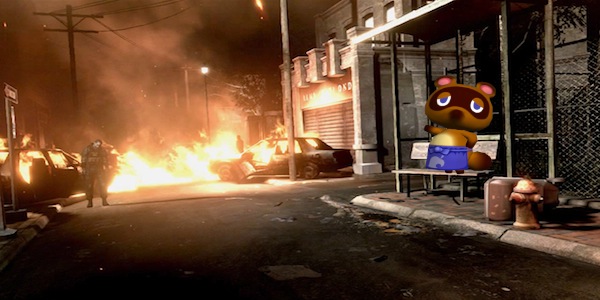 While many people consider Resident Evil 2 as being the best in the series’ original trio of PlayStation 1 classics, Resident Evil 3: Nemesis was also worthy of much praise. Yeah, it re-used areas from its predecessor, but it also opened up the city to players, giving them a zombified grand tour of the city at a much larger scale. And not just that, Nemesis was also roaming the streets, with his mission being to eliminate every last STARS member. Jill, having already survived one such incident in the original Resident Evil (which was on a much more contained and smaller scale in the mansion) had some experience under her belt already. She knew how to deal with a viral outbreak. So, yeah, Nemmy was surprised to find that this lady wouldn’t go down easily (unlike poor Brad).

So, what does any of this have to do with Resident Evil 6 and the new city that it introduces? Well, Tall Oaks doesn’t seem all that different from Raccoon City, making this new town a perfect new playground for Jill to try to escape from, after having destroyed hordes and hordes of BOWs.

Quite frankly, having Jill be playable in a scenario taking place in Tall Oaks would be a very neat throwback to Resident Evil 3, and after all’s said and done, Jill may want to avoid residing in an urban environment for a while (maybe she should move into a peaceful farm house with Chris). But really, when you think about how large the scope will be for Resident Evil 6’s ambitious “dramatic horror” plot, it wouldn’t be a surprise to see Ms. Valentine make a return in some capacity. But how exactly could they make such a scenario fit into the story? 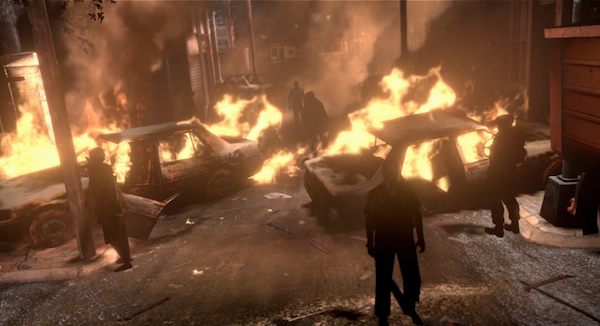 Leon will be spending the most time in Tall Oaks, while Chris is off fighting the evils of bioterrorism in China (and Europe). Leon’s already joined by a new partner, Helena Harper, which put a lid on the rumors from months back that stated Leon and Jill would be teaming up in the game. This doesn’t mean Jill can’t be in the game at all, though.

How Leon’s scenario will play out in Tall Oaks is still a mystery, but we do know that not unlike Raccoon City, this town has experienced a viral outbreak, with 90% of the population being infected. Yeah, that’s a lot of zombies. Now this is where Jill comes in.

Jill was probably residing in Tall Oaks, deployed by the BSAA there on a covert mission of sorts. An actual outbreak hadn’t happened yet at the time of her arrival, so there was no need to go in guns blazing. Just lay low, and investigate whatever may be off about this town and its residents, ultimately coming up with any leads for the BSAA to follow up on. Eventually she’d find herself in yet another outbreak, one which Leon and Helena are also caught in elsewhere in the city. From there, it’s just like Leon says in the trailer “it’s Raccoon City all over again.”

Basically, Jill’s scenario could run parallel to Leon’s, possibly leading up to them crossing paths (or not). This is the tricky part, though. We already know of three scenarios confirmed for the game: Leon’s, Chris’s, and “Alex’s”. With rumors swirling pertaining to Ada having her own playable segment, could having Jill also in there prove to be overkill? (I can never get enough of Jill!) This is where another interesting theory (and unfriendly term for those against this practice) crops into my mind: post-launch DLC. 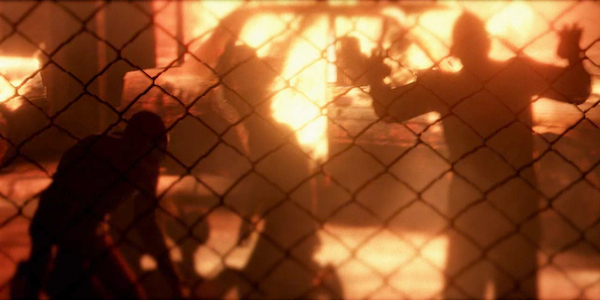 The Resident Evil series is no stranger to having its games house extra scenarios, and thanks to Resident Evil 5, it’s also no stranger to having said scenarios being available as DLC. Lost in Nightmares proved to be one hell of a nostalgic DLC pack, giving fans a sense of horror that was sorely lacking in the main campaign, all while pitting them in a very familiar atmosphere harkening back to the first game.

Resident Evil 6 already seems to be taking things up a notch in the horror department (Leon’s scenario at least), but this hypothetical “Last Escape” DLC, starring Jill, could prove to be like Lost in Nightmares in that it’ll offer fans another nostalgic ride through a setting that’s eerily similar to Raccoon City. We all know publishers love to save big pieces of DLC for a game post-launch. And what better way to offer  single player DLC for Resident Evil 6 after its (set to be hugely successful) multiplatform launch than by letting players take on the role of Jill in a very familiar predicament. I don’t know about having a Nemesis-like figure, though…

What is should definitely have is locales akin to the ones traversed in RE3. Of course I’m talking about exploring various areas, including Tall Oak’s Police Station, Hospital, Power Plant, and a creepy abandoned factory. Yeah, Leon may already be busy going through them himself in the main campaign, but like in Separate Ways, this DLC could give us a new perspective of previously covered ground, possibly opening up new areas within them.

Now, I know what you must be saying in your head: “the game isn’t even out yet and he’s already talking about DLC?!” Regardless, you can’t deny how awesome it would be to see something like this actually happen; Jill would be able to have a role in the game without actually interfering with the main storyline, in an effort to avoid too many character arcs happening at the same time.

What do you guys think? Would you like to see Jill have a role in the game? Would you be willing to pay for a DLC scenario that plays out like Resident Evil 3 did? Sound off in the comments below!