reHorror: The greatest Resident Evil game of all time is… 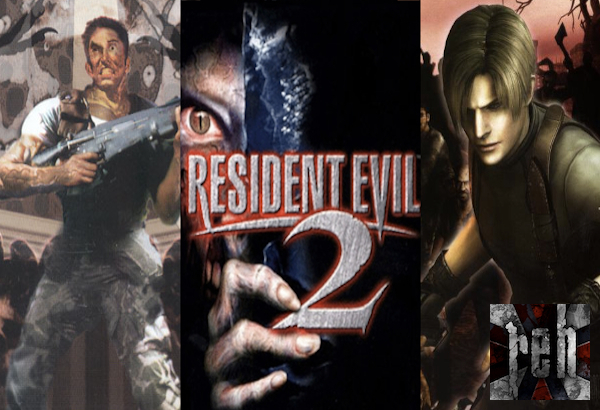 I’ll keep this intro short, since I know you’re all just itching to know which entry in the beloved series I find to be the greatest of all time. I must admit, it wasn’t exactly easy to instantly come up with the game I truly felt is worthy of such an accolade. A lot of internal debate ensued as I set out to compose this feature, but alas, we have one sole game. So, what game is it? If you know me then you definitely won’t be surprised by my pick… 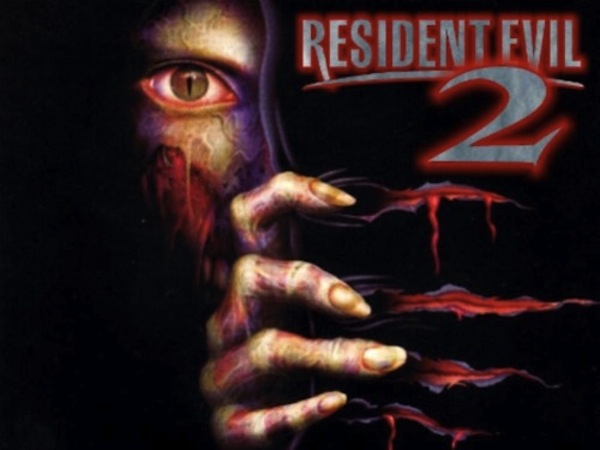 Back at the time of the original game’s release, gamers didn’t really expect Resident Evil to blow up into the huge franchise it is today, with the core video game series being met with films, novelizations, comics and a butt load of merchandise. Fortunately for fans, this ended up happening, and one would be unwise not to thank Resident Evil 2 for that. Without a solid sequel like the one Capcom gave gamers with this dual-disc release, the series may have not become the entertainment juggernaut it is today. And man what an amazing sequel it was. 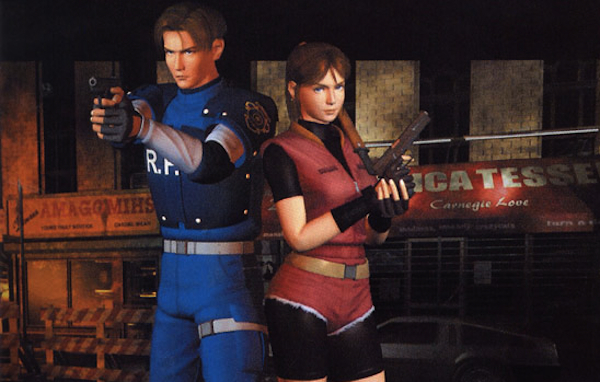 As aforementioned, the game shipped on two discs when it made its debut on the PlayStation back in 1998. Players were given the option to tackle whichever they wanted to first. Disc 1 was Leon’s side of the story, while the second disc was Claire’s. Regardless of which disc you decided to pop in first, you were in for one hell of a ride and another welcome trip into the world of survival horror. Oh, and did I forget to mention that after you beat a character’s scenario you unlock the other character’s second scenario? Yeah, that alone injects immense replay value into this classic, making for 4 actual scenarios to partake in: Leon A/B and Claire A/B. (I won’t delve into my personal preference of how to play these scenarios, because I’ll touch on that in its own article next month!)

While the first game pit players in a “gigantic” mansion, Resident Evil 2 took things to another level. Granted, the entire city wasn’t open to players, but a nice amount of Raccoon City’s streets were traversed and painted red with the blood of the undead. And then we had the police station serving as this game’s “mansion” of sorts, even though it wasn’t the only setting. After exploring the RPD station thoroughly you end up going even deeper into the city, heading into the sewers and ultimately a secret Umbrella laboratory. All along the way you’re facing many, amiable and greatly missed, zombies and other awesome BOWs, the most notable one being the Licker, who  made his debut with this game. 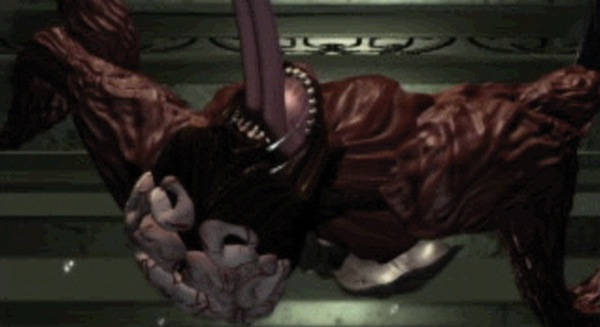 Who else remembers how creeped out they were when they saw the Licker for the first time? You may have missed the quick peek at him outside of the window right before you get a proper introduction to him, but still, his big reveal was quite frightening. Oh, and those f*ckers are fast as all hell, with a tongue that would make a Belmont whimper and flee in fear. Things get pretty intense when you’re faced with multiple Lickers within the same vicinity, too. The zombified dogs also made a return in this game, and they’re not exactly any friendlier either. But speaking of the game’s creatures…

The most memorable BOW in Resident Evil 2 has to be, without a doubt, the man himself, William Birkin. Before I give you my reasoning, I’ll give you some brief background on the game’s story and how he’s made out to be a tragic figure. Basically, Umbrella wasn’t happy with just letting the public forget about the incident in the Arklay Mountains, so they opted to continue their research into BOWs, leading to the creation of the G-Virus by William. Umbrella wasn’t exactly comfortable with them not having full possession of this new virus, so they decided to send in their best man, HUNK, and his team to retrieve it from Birkin, peacefully of course…Well, so much for peacefully: Birkin resisted and ending up on the receiving end of many bullets. Mission successful, HUNK. Now off you go with the G-Virus sample! But wait! What’s this? 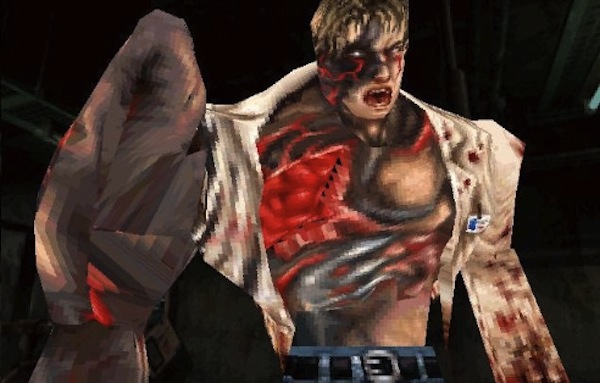 Yup, William won’t stay down for long! In his dying breath, he injected himself with a G-Virus sample he still had and the rest is history. Thus was born one of the best bosses in Resident Evil history, if not the best (this can be argued to no end since Nemesis is also quite a memorable foe). It’s the perfect science experiment gone wrong scenario serving as the catalyst for the events of the game, and ultimately the entire Raccoon City outbreak. Those damn rats just had to spread the T-Virus! But hey, if they hadn’t then we wouldn’t have one of the best horror series of all time! Well, Capcom could’ve always come up with another plot…

Back to William. This man is a beast. Every time you meet him you’re definitely going to be scared shitless, especially since his appearance becomes even more gruesome with him losing a layer of skin with each encounter. Even so, the giant, pulsing eyeball has become synonymous with this baddie, and with the G-Virus as well since it is a byproduct of it after all. If you were to ask me to list my all-time favorite bosses in the Resident Evil series, William would hands down be at the very top of the list. Yeah, I love Nemesis as much as the next Resident Evil fan, but still, he lacks an actual personality (as presented in the game). You actually feel for William as he had no choice but to inject himself with this virus to stay alive after he just lost his life’s work. And then you factor in how he was betrayed by his former best friend Wesker (what a twist!). 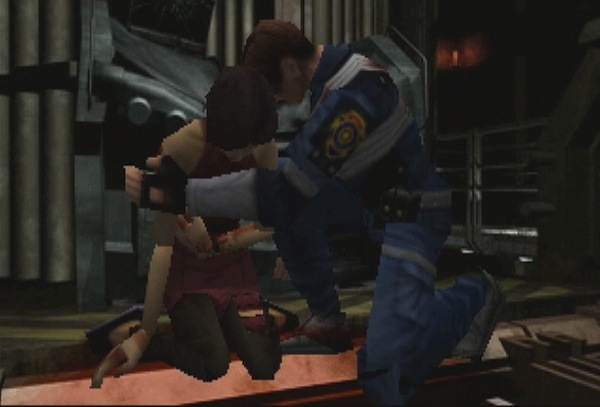 Speaking of story, like almost every other entry in the series, the plot wasn’t exactly worthy of writing accolades, with a surplus of cheese to go around. But still, it got the job done. As aforementioned, you were made to not only fear William, but also feel bad for him as he’s roaming around the depths of the City looking for his daughter Sherry. Well, he isn’t looking for her for the “right” reason, but that’s another story…Basically, the game gave us two separate viewpoints, each with its own set of characters and different events. But they’re both tied together by William, the G-Virus, and the overarching plot pertaining to the actual outbreak going on. Leon dealt with his affection for a woman he just met (Ada) while Claire was putting her life on the line looking for her brother (Chris) as well as looking out for the daughter (Sherry) of the person who was responsible for the G-Virus.

That’s one of the things I truly adore about Resident Evil 2. Not just that it provides a good amount of replay value with its dual scenarios, but also that it gives us two sides to the events going on: Leon and Claire’s. Yeah, I’m aware of the whole Leon A/Claire B vs. Claire A/Leon B ongoing debate, but still, classic survival horror games don’t get better than this. And what’s more, you also unlock even more content after you clear both scenarios with certain criteria fulfilled. The most notable unlockable being The Fourth Survivor scenario which starred none other than Mr. Death himself, Hunk. Then you also have the adorable Tofu starring in his own mode, too. But wait! It seems as if I’ve forgotten another very important element in the game…I wonder what I forgot…Oh! That’s right. This guy:

There he is! Good ol’ Mr. X. This guy serves as Resident Evil 2’s Tyrant and oh man is he a tough one. Hell, he even planted the seeds for what would eventually become Nemesis since like the rocket launcher- wielding brute, Mr. X also pursued you throughout different parts of Leon and Claire’s B scenarios. You may be loving every second of some downtime free of any zombies and them boom! Mr. X comes crashing through a wall. I’ll admit I’ve jumped off my seat many times thanks to his pop-out appearances, even after dozens of playthroughs.

And that’s what brings me to another thing that’s remarkable about the game, which I already touched on briefly before: the B scenarios. There’s really only two storylines as outcomes: you either do Leon A and Claire B or Claire A and Leon B. The order of them is something that continues to be argued, but I’m just going to be talking about the B scenarios in general here. Not only do different events take place (since you are seeing things through the other character’s perspective) but you’re also met with Mr. X, an entirely new foe altogether. How awesome is that? That’s what makes this game different from other entries in the series that also offer more than one scenario, like the original Resident Evil and its remake. It truly is a different experience from the regular A scenario(s).

Resident Evil 2 to me is a timeless masterpiece. I always find myself going back to it and doing speed runs or just slowly taking my time through it, appreciating all the little details (like reading the files) all over again. Something about its atmosphere, its music, its creatures and its story always manages to grab me, refusing to let go until I beat it once more. Resident Evil 4 may be the the game widely considered as the pinnacle of the series to the majority of gamers, but to me, Resident Evil 2 is the ultimate Resident Evil experience. It gets no better than this when it comes to this survival horror franchise. Now, where’s that remake, Capcom?