German gaming magazine GamePro recently was invited to see Resident Evil Operation Raccoon City for the first time in Vancouver. We translated the whole preview into english for your reading pleasure:

(First pharagraph has been cut off because it just lists the information we already knew since the games’ revelation. Remember that translation is part science and part art, so to make some sentences flow better in English they were slightly modified but still retain the same meaning)

The presentation of this shooter starts in a dark backyard within the city. Surrounded by sheet metal walls and iron fences, a troup stands consisting of four shapes in gasmasks, armed with weapons. The four-headed USS unit will be fully playable in Operation Raccoon City. The final game will have 4-player Co-op, with online functions that have been announced but not detailed. Typicial for the genre, every character has their quirks. The bully ‘Beltway’ is the explosives expert of the group, the blonde’ Bertha’ functions as a medic, the wiry ‘Specter’ is the specialist for interceptions. The first in-game sequences we play through is with Vector though, who is introduced to us as a modern Ninja. This shady soldier is the infiltration expert of the team. He is wearing an iron capuchin coat, which has a role that isn’t known yet. Vector is holding an assault rifle with a suppressor – in the final game, weapons and abilities will be “bought” via experience points.

The specialist sneaks through the dark path, soon reaching an open road. Burned down car wrecks litter the street space, tons of sheet metal garbage cover over it, flickering in flames. Dark red, half-clot blood speckles on the grafiti painted walls, setting in a feeling to expect the worst. The floor is shrouded with glass shards and wood splitters, watersteam wells out of sewer covers. Zombies are eating a victim a few meters in front of Vector. When they discover him, they change their meal plan in hopes for fresh meat and slowly head towards him. Vector fires his first bullets towards the approaching zombies as we realize that this actually the first Resident Evil game where you can run while you shoot. Hot lead slices through the zombie’s torso, he goes down bleeding. A headshot shatters the skull of the undead, red juice and parts of brain rain down on the dark asphalt. These two zombies wheren’t more than cannon fooder, but thats the producers intention, as Andrew Santos explains: “The undead are classic, slow moving Resident Evil zombies. We intended to not make them any quicker. They should be a constant threat in the game, one in which the player can even take advantage from.” The main enemies in Operation Raccoon City are armed ones, namely the “U.S. Special Forces”. The military have been sent into the center of the outbreak to uncover Umbrella’s sinister tamperings. 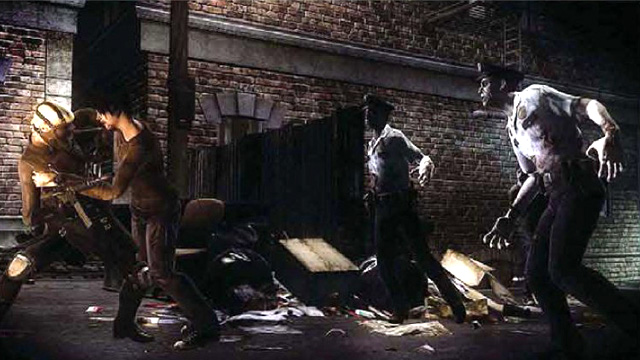 Treat for the Undead

Back to Vector, leaving behind the bodies of the killed zombies, he now sees himself confronted with three US soldiers. Thanks to a zoom function, he wipes out the first one with a precise shot. The other two immediately seek for cover behind car wrecks, which apparently once belonged to a huge rudimentar road blockade. Machine gun fire fizzles through the air and forces Vector to seek for hideout on his part. He presses himself against crumbly brickwork and starts to return the fire. After a few misses, enemy number 2 is killed in the return fire. The third antagonist also gets hit drops his weapon and presses both of his hands on a bleeding stomach wound. Vector approaches the injured soldier, but as he gets closer we witness the peculiarity of Operation Raccoon City. A horde of zombies have picked up the scent of his wound and slowly trot towards the soldier. Good luck for Vector, since now a path is free which was previously cluttered by the undead. Luring zombies with the injured, like dogs with a treat, will become more important during the course of the game to distract them from oneself. The path opened from the drainage of zombies also draws conclusions on some hidden enemy troupes. But what’s that? There are a few zombies left behind who didn’t fall for Vetor’s ‘trick’.  Now Vector uses his modern hauberk. Similarly to a Helghast sniper in Killzone 3, Vector becomes invisible and sneaks through. We are intrigued to learn more about the other USS members special features. Vector’s camouflage coat looks nice, but doesn’t spit innovation. Another battle spurs in a backyard, but is soon interrupted by an old friend: A massive, pale Tyrant T-103 jumps into the picture. Resident Evil typical B.O.W.’s also play a role in Operation Raccoon City – most likely in boss battles. Before Vector is able to defend himself from the trenchcoat wearing bio-organic weapon, the demonstration ends. 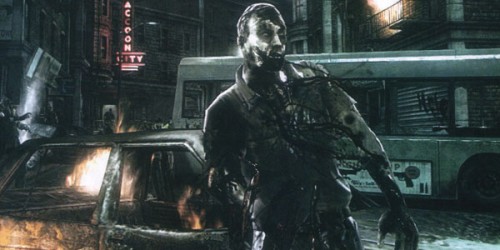 It wasn’t much we got to see in Vancouver after the grandiose announcement. Afterall, choosing Slant Six, Capcom has acquired long time fans of the series who know what they are doing in the shooter metier. The engine, which was specifically developed for Operation Raccoon City, is technically very clean. It is able to deliver an inhospitable athmosphere through the skilfull effort of artificial light. Colours are sparse and mostly used on burning objects or body fluids. However: If there wouldn’t have been all these Raccoon City signs hanging arround boldly to indicate that this is the Resident Evil universe – we probably wouldn’t have gotten it. Zombies in backyards may have let you conclude that it was the Resident Evil brand in 1998, but today it looks different and similar to other works thanks to brands like Left for Dead and co. Even though visual recall value is immensly important for the success of a game. The idea to lead zombies sounds interesting, but we didn’t see enough so we cannot say if it works out in the end. Presumably this spin-off, despite its promising approach, will have a difficult status. It misses out on popular characters, and the four USS fighters seem flat and stereotyped in comparison. 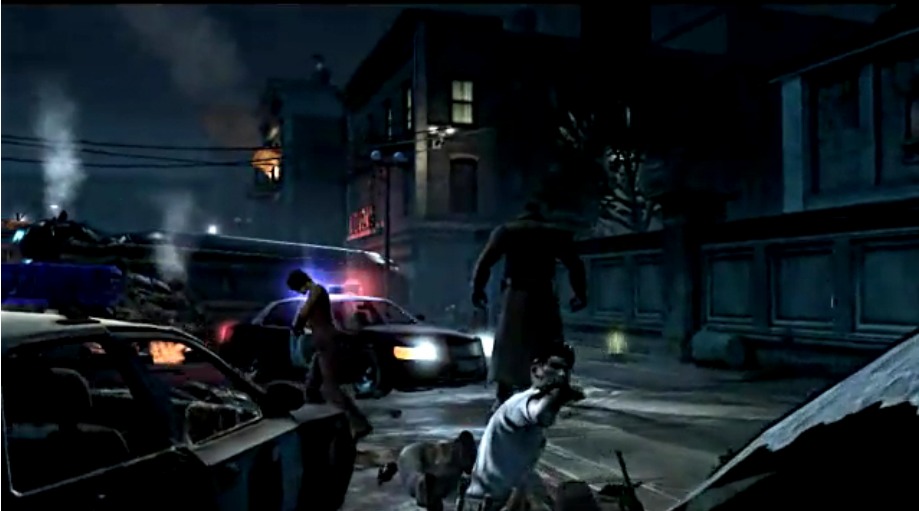 – back to Raccoon City

Has to be better: