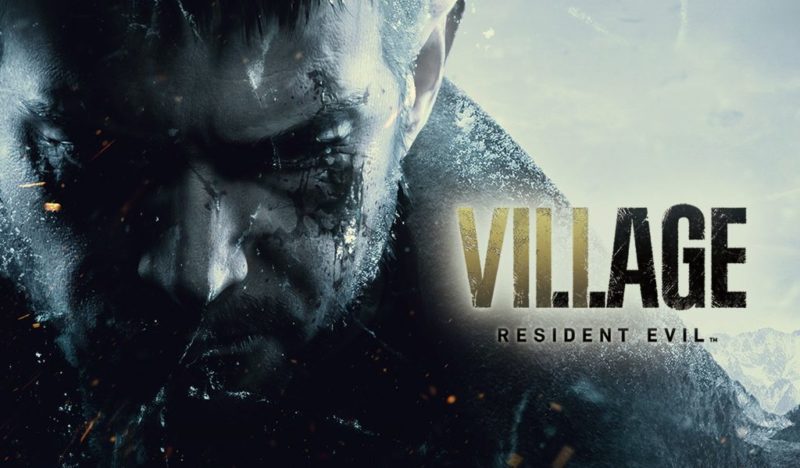 It hasn’t even been a full month since Resident Evil 8: Village (or VILI_age: Resident Evil or Resident Evil Village or whatever they’re calling it, it’s RE8) was revealed to the world during the PlayStation 5 showcase in June. We’re still reeling from the reveal (even if a tremendous amount of the content was spoiled thanks to early leaks) and cannot wait to learn more. As such, an all-new interview from Famitsu with the game’s two producers, Tsuyoshi Kanda and Peter Fabiano, has us excited. There still isn’t a whole hell of a lot that they’re willing to extrapolate on just yet, but there are a few new details in the interview worth talking about. Thanks to Resident Evil fan Alex Aniel aka @cvxfreak, who translated the whole thing over on Twitter:

Q: It’s been 2.5 months since Resident Evil 3 Remake and we’re surprised to see another numbered title announced already. How long has the game been in development?

A: It’s been 3.5 years since we began planning the title.

Q: Chris was in RE7; what’s he been up to since then? What’s his relationship w/ Ethan&Mia?

A: It’s not strange to think they formed a new relationship after RE7 based on their shared experience. We hope we gave players that impression! But we may defy your expectations (laugh).

Q: The “VIII” appears in the VILLAGE logo. Why didn’t you call it Resident Evil 8?

A: You can say the VILLAGE is another protagonist in the game. We want players to clearly understand that.

Q: The trailer says “His story comes to a close.” Who is that referring to?

A: We’ll let you decide. But know that [Resident Evil 8] is the sequel to Resident Evil 7 Biohazard, and serves as the conclusion to its story.

Q: RE7‘s Ethan is the protagonist. There’s an option in RE7 that changes the story. Which does [Resident Evil 8] follow?

A: Look closely at the trailer; you can see the connections between Ethan’s current situation and what happened in RE7. If you haven’t played RE7, please do so!

Q: We’re curious about Chris this time. He had PTSD in RE6. Now he seems to have lost his reputation as an experienced solder again. What can you tell us?

A:. Many feel Chris in the trailer shows he’s lost his status as hero. Many have guessed why; look forward to the game.

Q: As the title suggests, the village is the setting. What’s the extent of it? What country is this in?

A: We can’t answer to what extent, but all we can say is the setting is somewhere in Europe.

Q: [Resident Evil 8] uses [a First-Person] view. Were fans highly responsive to RE7? What has changed?

A: Both FPS & [Over the Shoulder] have merits, but we think FPS allows for a deeper immersive experience. We can’t comment on changes from RE7, but we can say FPS has greatly evolved in [Resident Evil 8].

Q: You showed the inventory screen in the Special Developer Message. Looks like RE4‘s attache case! (I filled it with eggs back in the day). We’re looking forward to item management!

A: Can’t go into detail but inventory management is very important! Please look forward to it.

Q: In the trailer, one creature looks like a werewolf. It felt terrifying in a way I never felt before. Were they human? They seem different from zombies & Ganados.

A:. It’s an enemy. They will face off against the protagonists. Can’t comment about their background.

Q: This RE is for PS5 & Xbox Series X. What has next-gen hardware allowed you to achieve?

A: We’ve upgraded the graphics and sound. Also, the fact that loading times can’t be perceived is an important point. All in all, next-gen consoles allow for more immersive experiences.

Q: There’s a screen w/ a door that looks like a puzzle. We’re intrigued; are solving mysteries an indispensable part of RE?

A: On top of fear, combat & item management, exploration is a must in RE. Solving puzzles is definitely in; it expands the breadth of the gameplay.

That’s all the interview had for us, and while a lot of the answers amounted to “we can’t answer that” there are some nuggets that have me very excited. First of all, it’s interesting to note that they refer to this game as the conclusion to Resident Evil 7‘s story, while not directly indicating who’s “story” will be coming to a close. I’ve previously speculated on who that could be, but this would indicate that this would be the end of Ethan’s story. However, Alex Aniel speculates, based on their wording, that this could also be referring to Chris as well:

Famitsu refers to Chris Redfield in their article as “that man.” （あの男） This is nearly the same word they used in the Japanese Village trailer when referring to “his story.” （ある男; “a certain man”） Pure speculation, but Chris’ story might be coming to an end, too?

Another answer to discuss is them referring to the FPS view as having been “greatly evolved”. I’m not sure exactly what that could mean, as there’s theoretically a lot less wiggle-room with FPS than there is with the OTS style, which we’ve seen do all sorts of different things throughout the series. FPS is FPS, so I can only assume that this refers to the way the controls and combat are designed within that mold. RE7‘s design was somewhat simple, bringing over the instant-heal button from RE6 and a new block button, but otherwise being more or less identical to REmake 2 & 3. The new inventory almost seems like it could be an indication that the instant-heal button could be being replaced since the more complicated menu would seem to beg for a need to actually pause the action when open (as opposed to RE7, where the gameplay didn’t stop when searching your inventory).

It’s also possible that Ethan’s combat prowess will have improved, possibly taking lessons in between games. Ethan wasn’t a miserable shot or anything, but the distinct difference between playing as Ethan and playing as Chris in RE7 really highlighted his inexperience. Introducing something like true iron-sights would certainly be an evolution of RE7‘s design. We also see what looks like upgrade slots on Ethan’s handgun in the image we have of Resident Evil 8‘s inventory screen, which could factor into Ethan’s combat prowess as well.

One last thing I’d like to touch on is them commenting that “many have guessed” as to why Chris seems to be a villain in Resident Evil 8. The wording here feels like they’re saying that fans have indeed accurately guessed what’s happened with Chris and why he turns Mia into Purée at the end of the trailer. We’ve previously gone over nearly half a dozen reasons as to why Chris is doing what he’s doing; anything from Chris being mind-controlled to actually just counting on remaining E-Mold infection in Mia’s system to keep her alive while putting on a show for Ethan and Blue Umbrella is a possibility. The idea that one of these could indeed be the answer is exciting — but as fans we’re also wrong almost all of the time when predicting major story elements (often thanks to just reading way too much into things). I reached out to Alex to see if there was any further clarification to be made on that statement.

That’s all for now, but Resident Evil 8 will be re-appearing in August with more information. Here’s hoping we get a full-blown new trailer (which would line-up with the marketing timeline for RE7), and hopefully some more story information along with it. A release date would be fantastic, but we might still be a ways out from that. We’ll keep you up to date!