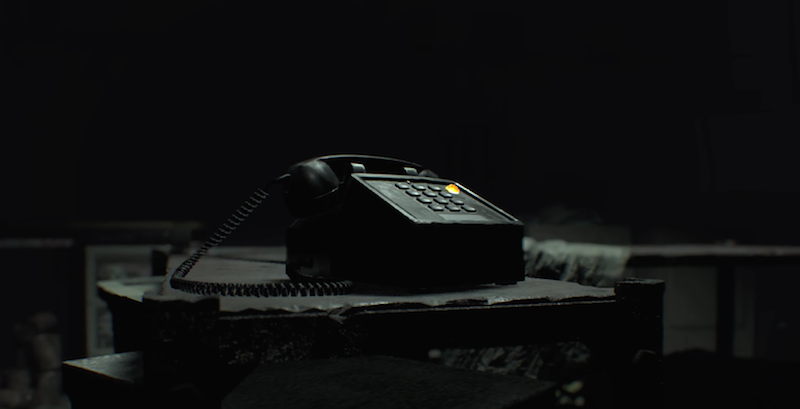 There’s been a lot of emotion surrounding the reveal of Resident Evil VII: Biohazard, some negative, some overjoyed. I’m on the latter side, and honestly I have no idea what people’s problems with the reveal and demo have been, but hopefully some new information from interviews Eurogamer did with Capcom this morning will clear up some of the issues people have had.

Starting off, weapons, combat, whole deal? Confirmed. It will not be a “gun fest” like Resident Evil 4-6, but instead, scaled back to the every bullet counts style of the original Resident Evil. Polygon asked RE7 producer Koshi Nakanishi about how similar the final game will be to other, similar first-person horror games (like Outlast and Amnesia). Referring specifically to combat, Nakanishi said that those other games left him feeling frustrated and helpless, and that Resident Evil 7 will indeed have a way of “fending off” your foes.

“While we don’t show that aspect of Resident Evil 7 in the teaser demo, that’s something that’s in the full game.”

That said, he also confirms that we will not be playing as one of Resident Evil‘s buffed up BSAA or otherwise heroes. They’re simply too beefed up and powerful, and this situation wouldn’t be challenging for them. Instead, we will be playing as an entirely new character, who’s skill set is more in line with keeping this story scary and challenging. Speaking with Eurogamer, Nakanishi says:

“It’s a normal person protagonist. We’re getting back to basics – in Resident Evil 1 Chris was not a comic book hero, he was a special forces agent but he wasn’t as advanced a fighter as later in the series.”

I’m fine with this. It was beginning to get ridiculous honestly. I mean, come on, really? I would much rather be a more average human in a horror game, and that’s how Resident Evil stated. Chris, Jill, and most of everyone else in RE1 had experience, they weren’t helpless, but they weren’t superhuman. This said, playing as an all-new character doesn’t preclude Resident Evil 7 from having returning characters in it, we just won’t play as them. Jorge and I have already speculated that the Desolation trailer for RE7 has given us a hint that Rebecca Chambers might be showing up– an idea that’s backed up by her appearance in the upcoming film Resident Evil: Vendetta, which will presumably tie into this game in the same way the other films, Degeneration and Damnation, tied into RE5 and 6 respectively. 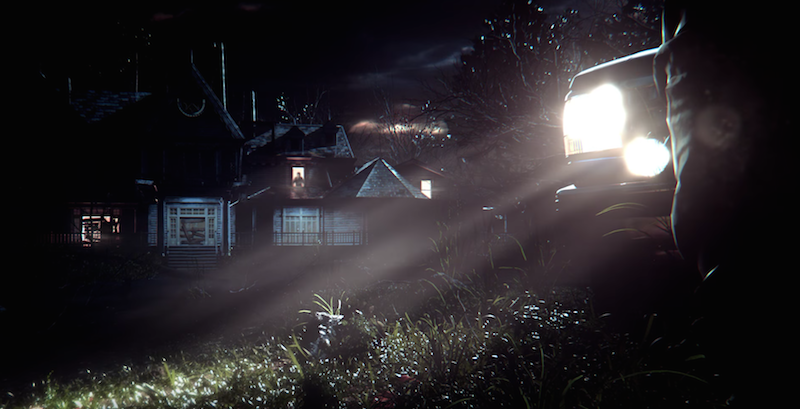 Going back to Polygon’s interview, they discussed what elements we can expect to see returning. Herbs were one thing that was for sure confirmed, and even brought up again in Eurogamer’s interview, and the game is for sure taking place in the Resident Evil canon, set in 2017 (5 years after the events of Resident Evil 6). Nakanishi also elaborated on the game’s title, which may have been perplexing fans for a little bit. In the West, the game is actually titled Resident Evil VII: Biohazard, and in Japan it’s called Biohazard 7: Resident Evil. I actually really like this, and their explination makes me like it even more. According to both Polygon and Eurogamer, this is to give us a clue as to what sort of experience the game is offering.

“It’s not a reboot, it’s a rebuilding from the ground up,” Nakanishi concluded. “It’s still set in the Resident Evil universe, and while the action in the demo takes place around this plantation house, it is happening in the same world as the other Resident Evil characters inhabit. The title is Resident Evil 7 Biohazard, which as well as being the title of the series in Japan is also a clue to what’s going on in this game.”

The title Resident Evil invokes a sort of mystery, a horrifying unknown evil that lurks in plain sight- like the murderer in the apartment two doors down from you, or the pervert you don’t know works at the local S-Mart. When we played Resident Evil for the first time, way back in 1996, we didn’t know what the hell was going on. Zombies. Giant mutant green things with claws. Giant freaking spiders. Only snippets of information as to what was going on in the mansion were left for us in diaries and journals. There weren’t any real explanations until you got down into the labs, and it was revealed to be twisted experiments by Umbrella Corporation that had gone bad (or rather, worse), and that’s where the subtitle (or main title of the Japanese version) comes in. Biohazard instantly invokes the idea of a medical incident, something with needles and an operating table, possibly a pandemic- an outbreak of some terrible disease- something Japanese players would have known from the start when they got the game in 1996. 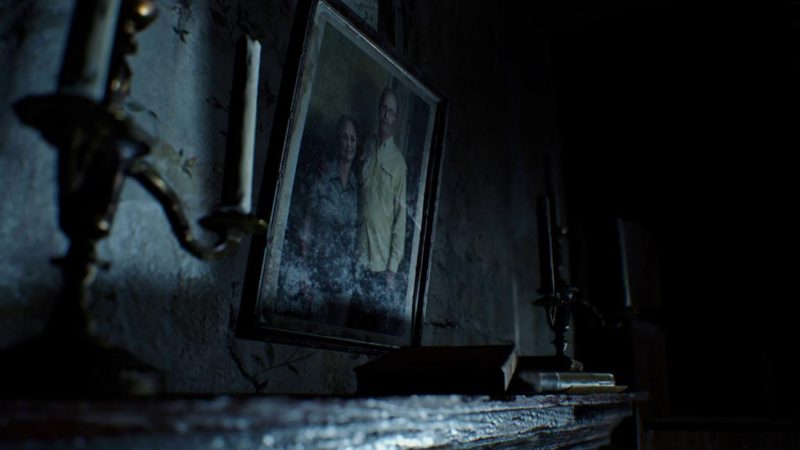 The title of this game is meant to invoke the familiar, and the unknown. Whatever we’re facing- it’s the result of some sort of experiment gone wrong, something that has infected this isolated county farmland- and replaced it with something unknown, and evil.

Getting back to the game itself, Eurogamer confirms that the game will be a much smaller and claustrophobic story- set entirely on a derelict plantation in Louisiana (which is interesting in of itself, Resident Evil has always avoided using real-world locations, only ever narrowing down things like what country it was taking place in. Raccoon City, Edonia, Los Pueblos, these places where never given anything more descriptive than Mid-Western America, Europe, and Europe again respectively. Capcom is also promising that a return to horror is their one, and only goal with Resident Evil 7. Unlike Resident Evil 6, which only had horror sections, 7 is being built from the ground-up as a horror game. In Polygon’s interview, Nakanishi says,

“We had a lot of internal discussion about where to take this series [after Resident Evil 6],  my boss, Jun Takeuchi, requested that we strip it down to its core — and the best way to express the horror directly is in first-person view.”

I can’t say I disagree with them. First person horror has been all the rage lately. As third person horror games are met with heavy criticism (The Evil Within, Revelations 2) or just outright fail (Silent Hill: Downpour, Dead Space 3), it’s a no-brainer that Capcom would do something that’s clearly soaring high above all these. Amnesia, Outlast, PT, all games with relatively small budgets and short, exploration-only experiences, have been at the top of the charts for horror. They’ve brought the genre back from the brink of death, and that’s no small feet considering how thoroughly the AAA market had been ignoring it. On top of this, Capcom is putting their words into action, while the other games had short lengths and small team, RE7 is a full length, full fledged game with a team of about 120 people working on the game.

I can’t wait to hear more from Resident Evil VII: Biohazard, and we’ll bring it to you as soon as we get it. You can check out the demo right now on PlayStation 4 with an active PS+ account, or check out our lets play here.