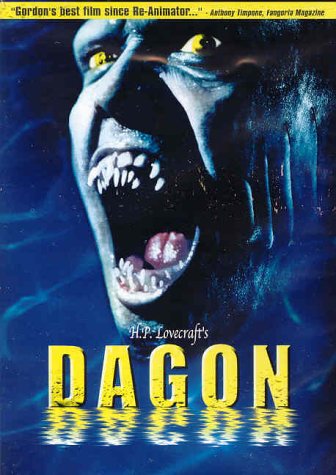 Now this isn’t some huge revelation; Resident Evil has always borrowed heavily from B-rated horror films. But I was surprised recently while taking the time to marathon some Cthulhu and H.P. Lovecraft-themed movies that I stumbled upon one that was uncannily like Resident Evil 4. Googling it, it seems a small handful of others have also noticed that Resident Evil 4 seemed to have borrowed a lot from this movie, but it isn’t exactly common knowledge either.

Dagon is a 2001 B-rated horror film that features a small group of characters vacationing on a boat off the shore of Spain. A remarkable storm brews up and our cast of characters are forced to take refuge in a nearby small fishing village that at first seems empty and abandoned. Things get turned for the worse when it turns out the town is infested with Spanish-speaking villagers that rampage after our hero with pitchforks and machetes, who turn out to be related to a religious cult. Our hero pushes bookshelves to block doors and jumps out of windows when the villagers start to sprout tentacles and… Yeah, this does sound awfully familiar.

Resident Evil 4 took inspiration from quite a few number of films, such as Texas Chainsaw Massacre for Dr. Salvador, or Indiana Jones and the Temple of Doom for the mine cart ride section. But this seems to be THE film that was the foundation for a lot Resident Evil 4’s concepts. Ignoring the fact that watching a lot of Spaniards growl and bellow at each other while running around after our protagonist gives huge Resident Evil 4 vibes, there’s a lot of similarities. To the atmosphere being similar, some of the areas in the film look a lot like areas from the game and they share a similar aesthetic style, some of the scenes in the film seem to have been inspiration for scenes in the game, the similar religious cult basis that turns the town over similarly to how the village in Resident Evil 4 was turned, there’s a similar plot point about having the ‘things’ inside you, a certain character reminds one a lot of Saddler… And then there’s this guy: 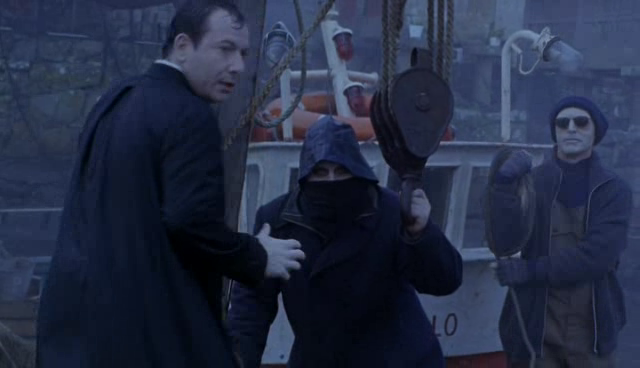 Now this film isn’t exactly like Resident Evil 4. Things are a lot more, for lack of a better term, fishy. The set-up is a bit different, our main hero isn’t nearly as cool as Leon, and towards the later parts of the film it pulls it’s Lovecraft themes heavily (though now that I think about it, the Las Plagas wouldn’t be completely out of place in a Lovecraft story). Resident Evil 4 is considered by many to be one of the best video games ever, so it’s interesting to find that a relatively unknown film seems to have been a huge source of inspiration for it. Not that I blame Capcom for that, even before recognizing all the Resident Evil 4 similarities I was thinking how cool of a video game this movie would make. It’s also interesting to note that some of the concept art for Resident Evil 4 seemed to have borrowed even more from the film than the game ended up pulling.

You can likely find the film over rental services or for purchase in movie shops that specialize in a variety of slightly older films, though we do warn that while the film is better than one might expect, it’s by no means amazing. Also there’s quite a bit of female nudity in the film, if that type of thing bothers you.

This is also the point where I should mention that Call of Cthulhu: Dark Corners of the Earth also seemed to have borrowed from a few scenes of the film, but both being Lovecraft-inspired and being put in comparison to Resident Evil 4 makes it not stand-out as much.