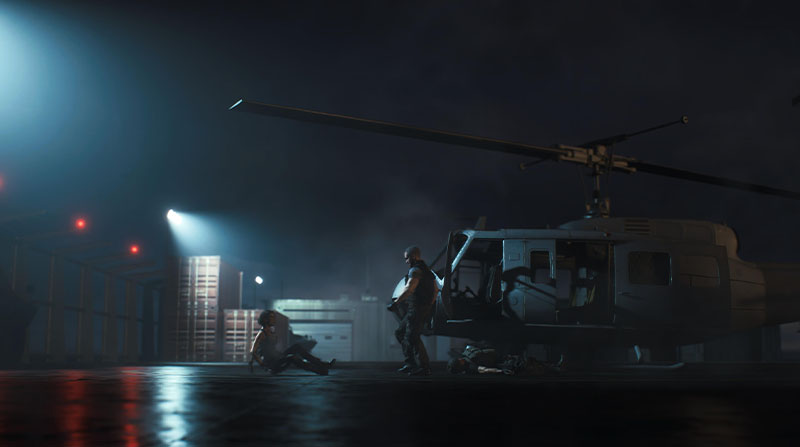 Despite the assumption that the current-gen upgrade for Resident Evil 7, 2 Remake, and 3 Remake were exclusively cosmetic and performance-focused, it seems that the team(s?) behind Resident Evil 3 Remake specifically couldn’t help themselves from changing it even ever so slightly. WARNING: SPOILERS FOR RESIDENT EVIL 3 REMAKE.

At the game’s finale, Jill and Carlos face off against the ever devious Nicholai Ginoveaf, who is mere seconds from escaping the doomed Raccoon City via helicopter. The fight ends in a culmination of Jill’s (confusing) arc about “not being able to pull the trigger” against another person, bringing Nicholai to his knees, and leaving him begging for rescue as they leave him behind to burn with the rest of her hometown. The scene was exciting, poignant, and had interesting implications as to who Nicholai was truly working for (something previous entries had never explored) — and it also delightfully left Nicholai’s fate ambiguous. As per the original game’s multiple endings that see Nicholai both dying and surviving in the end, so too did this title, by subtlety including an almost unseen second escape helicopter.

This ambiguity has sadly come to an end with the release of Resident Evil 3 Remake‘s current-gen upgrade, which has inexplicably removed the second helicopter. While this may, on a surface level, feel like a complete non-issue, it comes as something of a frustrating slap in the face given this upgrade not bothering to patch known bugs in Resident Evil 3 Remake, not to mention creating a few of its own. It’s also a bit frustrating in how this fix makes it impossible for Nicholai to have survived, thus dissolving the ambiguity and creating a further rift between the original canon and the remake canon, but that’s neither here nor there.

Obviously removing the helicopter is much easier than fixing bugs, but by doing so while not addressing known issues it comes off as a bit dismissive of legitimate problems — as well as adding unnecessary fuel to the ever-exhausting “Nemesis Edition” fire, which is quite shocking to say the least. There’s some speculation that the second helicopter being missing could itself be a bug, but for now we can only assume that the change was deliberate. We’ll update the story if anything changes.