RE7: Not a Hero, End of Zoe Interview Details New Creatures, Combat, and More - Rely on Horror

RE7: Not a Hero, End of Zoe Interview Details New Creatures, Combat, and More 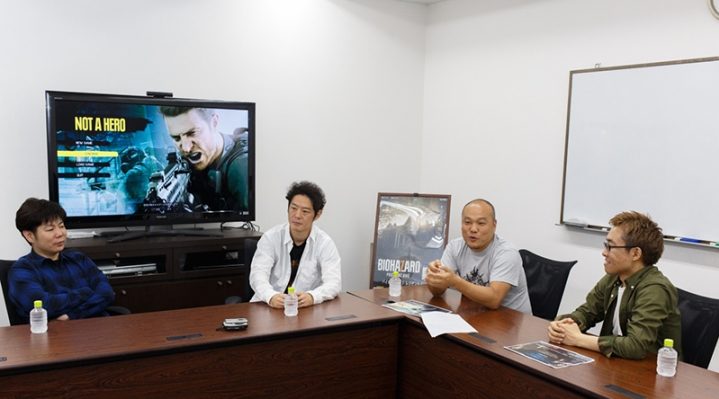 There’s only 10 days left until we can finally get our hands on the final two pieces of Resident Evil 7‘s DLC!

If we’re being perfectly honest, it’s kind of incredible how little we still know about both of these expansions, Not a Hero (the free DLC that stars Chris Redfield) and End of Zoe (the final piece of paid DLC from the Season Pass that has us playing as a new character). Admittedly, RE7 as a whole had a pretty amazing marketing campaign that kept the grand majority of the game’s plot and encounters under wraps, but I feel like we know substantially less this time around than we did about the main game when it was set to release. That said, we won’t be going in totally blind, there have been a few trailers, and a number of Japanese gaming sites have gotten the chance to sit down with RE7‘s creators to discuss what we can expect. Information is still pretty sparse, but its more than we knew before.

Thanks to Reddit user AestheticGamer (who I’m pretty sure we’ve sourced before) we have a quick translation(and in some case transinterpretation of the interviews bulletpoints, the most important or newest pieces of information revealed. Although if you’d like to take a crack at translating the interview yourself, be our guest.

First off, we have Not a Hero, which is probably the more anticipated of the two largely due to it being delayed.

-The rework didn’t change much of the ‘base’ of the DLC (IE, story is pretty much the same as it was planned to be), but they redid the stages/mechanics and mention they tried to implement more of what people liked of RE7 into Not a Hero in key places. They also were able to further work Not a Hero from the evaluation people had of the main game and user’s expectations.

-Theme of the DLC is “Chris vs Lucas”

-The name of “Not a Hero” is mostly focused on the DLC exploring Chris, the new Umbrella, and why Chris is working for them.

-How Chris controls will be very different to how Ethan controlled in RE7. There’s more general things, like an increased moving speed, faster reloading, but there is also new systems such as melee strikes on a stunned enemy and being able to counter enemies attacks by guarding at the right time. On-top of this, Chris’ arsenal is entirely new and functions in a much more efficient way that Ethan’s did, and he has various animation and other differences to give him a different playstyle.

While most of that seems more or less obvious ( but then again I’ve been following every single shred of info on this DLC since day 1 so maybe I’m biased) it is interesting to hear them from the proverbial horse’s mouth. It is nice to hear that feedback was a consideration when working on the final version of this DLC. I had originally been pretty apprehensive about the idea of a more combat-focused addition to RE7, but I’ve grown more accustomed to the idea. While it does look a little more action heavy, odds are against there being any turret sections or bolder punching. But there will still be lots of punching, which I don’t mind. 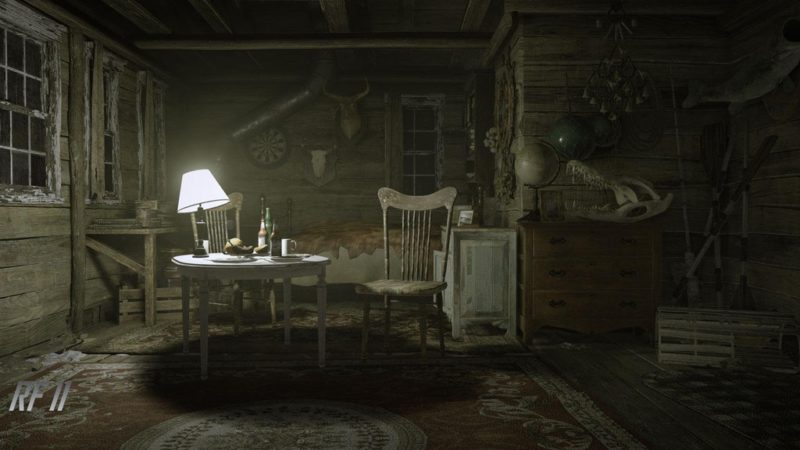 Next up is End of Zoe, which is considerably more nebulous. For the most part, we’ve seen next to nothing from this DLC, aside from what is most likely clips from the opening cutscene and a handful of pre-rendered “box art” type images of Joe Baker (the new playable character) holding a crystallized Zoe and a screenshot of one area. That’s it. We don’t even have a clear idea of what type of gameplay it might contain – until now.

-In RE7 they purposely made Ethan a thin character [i.e. not fleshed out] to put more emphasis on the Baker’s, to give more attachment to the antagonists. End of Zoe will build a lot on one of the Baker family members you only know more passively in RE7, Zoe Baker.

-Part of the reason End of Zoe was created as it is was because of user’s reactions to Zoe not really being ‘savable’ in RE7‘s split path, no matter what you do she’s kind of boned in RE7, so they want to explore past that and her ultimate fate.

-Joe is the main character of End of Zoe, and he plays very differently from either Ethan or Chris. He does not have access to firearms and instead needs to use his survivalist skills and environment to get-by. The DLC is mainly set in the marshlands and outdoor environments, how Joe controls is the left bumpers are his left hand and the right bumpers are his right hand. He is a survivalist and somewhat violent but with weakness and vulnerabilities, and have to use his bare hands and objects of the swamp as weapons.

-Confirmation there will be new types of monsters in End of Zoe not seen in the main game, including the wildlife of the swamp. Tease there’s a particular monster with a ‘large mouth’ of the swamp you may want to be especially careful of.

–End of Zoe will be the first RE7 piece to get use out of a brand new sound system they’re testing and been using with Monster Hunter Worlds; ViReal technology. The full game may get support for it in the future, but it should make an astounding amount of difference for those with headphones and big sound systems. They mention in End of Zoe sound design was a huge focus and hope to impress people with it when they play.

First off, as a PSVR player I am ecstatic about the ViReal announcement. Sound design is often one of the most important elements of a horror experience, shaping how we immerse ourselves in the world and can scare the living daylights out of us regardless of visuals. While the sound design was already great in the main game, hearing that this DLC will have special sound implementations is amazing. Now that my technical excitement is out of the way, lets talk about the most interesting pieces of information here.

So… no guns. That’s interesting. Now this is very important – this does not mean no combat. “In B4 Outlast comparison comments” yadayada. Joe is a survivalist, and as such apparently relies more on whit and brute strength to sort out his problems. I actually find this pretty exciting, as it pits us in a sort of Predator-finale style fight with whatever is out there. It also reminds me a lot of one of my favorite horror games from the last generation, Condemned. Actually, the use of different buttons for left and right hands reminds me especially of Condemned 2, which had an amazingly well designed melee combat system for a first person game. While that game did indeed have firearms, the focus of combat was on melee strikes with whatever we could find in the environment, which seems to be what they’re implying here. This should also help drive up the fear and tension, especially if these weapons have limited use (wearing out, or even just being one-time use like fire axes in The Evil Within).

The other big revelation here is the promise of what’s to come. Honestly, I really, really hope that we simply don’t get to see what any of this DLC’s creatures are until we play it. Something I became very fatigued by with past RE games was how rarely we were surprised by the monsters we got to fight (Revelations in particular simply left nothing for us to look forward to seeing for the first time, aside from a handful of boss encounters). I want to be surprised and freaked out by whatever is lurking in the swamps of Dulvey. That said, they have given us enough information to at least speculate what could be coming. Wildlife in particular peaks my interest.

Any fan of the spin-off series Outbreak can tell you how amazing the T-Virus infected zoo from the Wild Things level in the second game was, and I’m hoping that’s what they’re getting at here. Mold infested versions of swamp critters could be amazing to behold, and I’m hoping we get some really gross shit out of this. The promise of something with a “large mouth” is glee inducing, as I think we all know what they’re implying.

We have only a little more than a week before we get to sink our teeth into both of these expansions, as they (along with Resident Evil 7: Biohazard Gold Edition) all release on December 12th. I’m excited. Are you excited? I’M EXCITED.