RE7: Not A Hero, End of Zoe Achievements/Trophies Revealed - Rely on Horror

RE7: Not A Hero, End of Zoe Achievements/Trophies Revealed 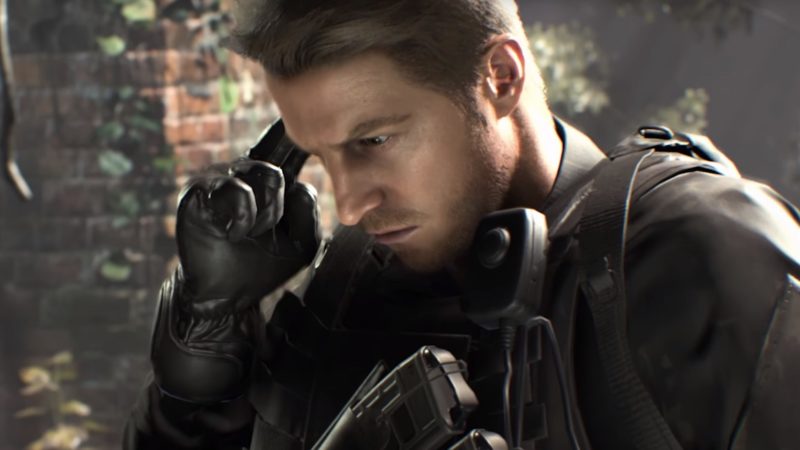 So, as per custom, all of Resident Evil 7‘s DLC achievements have leaked early, thanks to Steam. Surprisingly, (although perhaps out of foreknowledge that this would probably happen) the achievements are almost completely spoiler free. In fact, there aren’t any story spoilers here at all, closest to anything I can think is that it reveals a difficulty settings we hadn’t known about. So, if you’re fine with all of that, let’s cut to the chase!

Being a free ad-on, there’s only two achievements. This isn’t a huge surprise, although it is pretty shocking that both of them are simply for beating the story.

Complete Not a Hero on Easy or Normal difficulty.

Complete Not a Hero on Professional difficulty.

Cute that they’re bringing back “Professional” difficulty for this DLC, as it was only ever a setting for the “action era” games (RE4-6, the Revelations games, etc). Not A Hero isn’t going full blown RE6 action of course, but it will be a lot more action-focused than that of the main campaign. Like I said, it isn’t really a surprise that Not A Hero has so few achievements, but I am a little surprised that there aren’t any that are story related. Perhaps it’s to keep it’s surprises a secret, especially seeing as so much information has already leaked about it.

This list gives us a little more, but not by much. Again, no story related achievements aside from simply beating the game, although we do get to find out about this ad-on’s hard difficulty because of them.

Complete End of Zoe on Easy or Normal.

King of the Swamp

Complete End of Zoe on Joe Must Die.

So, yeah. Easy and Normal are a given, but Joe Must Die? Woah. Previously, in the Banned Footage Vol. 1 DLC, we got a special mode called Ethan Must Die. It is extremely difficult, pitting a minimum level Ethan up against waves of Molded as you explore the Baker estate for the key to access the greenhouse and fight Marguerite in her boss form. All in one shot, no saves. And randomly generated item and weapon pick ups. It’s a god damn nightmare, and while I did manage to complete it, its pretty much the furthest thing from ‘fun’ I can imagine. So… what does this mean for End of Zoe?

There’s two possibilities, it’s a separate mode that works like Ethan Must Die, but with End of Zoe‘s map, combat, and unique monsters, or that it’s the maximum difficulty that works similarly to Ethan Must Die. That could mean possibly a no-saves difficulty? Ugh. Guess we’ll find out on the 12th. The other achievements are a little more bread n butter.

The Only Guns You Need

Complete End of Zoe on Normal or Joe Must Die using no weapons.

Fastest Man in the Swamp

Complete an Extreme Challenge in End of Zoe.

Perform a 4-hit combo with your bare fists in End of Zoe.

I can’t help but read some of these in a Shrek voice. So it looks like barefisting it (uh, like, punching, you degenerate) is possibly a pretty viable option. Probably thanks to Not A Hero already implementing a “punching” system, although I imagine it’ll work a lot differently here (Chris has to stun the enemy first, then deliver a follow up – Joe simply has his fists be bound to the shoulder buttons on your controller). So getting through End of Zoe using just your fists is totally doable, considering there’s an achievement for it.

I’m curious about what an “Extreme Challenge” is. Are there just a few challenges you can complete during normal play (similar to the medals you can earn in Revelations 2), or will there be a challenge mode? Or is it perhaps (considering the achievement name, Fastest Man in the Swamp) just one singular challenge that is optional on any difficulty? Who knows, considering just how limited information has been on End of Zoe (thankfully).

End of Zoe and Not A Hero both release December 12th (or 14th if you’re in Japan… poor bastards) along with Resident Evil 7: Biohazard Gold Edition, which contains all DLC in one package. We’re all waiting with baited breath, let me tell ya.