The Silent Hill series has been , for the most part, struggling to recapture the magic of the original trilogy of titles, most notably Silent Hill 2 which is still one of survivor horror’s finest titles. Recently we received Silent Hill: Shattered Memories for the Wii and PSP which was a re-imagining of the original Silent Hill game. Now we’re getting a full-blown new entry in the franchise, one that is definitely on the right track to deliver a Silent Hill experience fans can approve of. Here are my thoughts on the E3 demo that I got a chance to play. 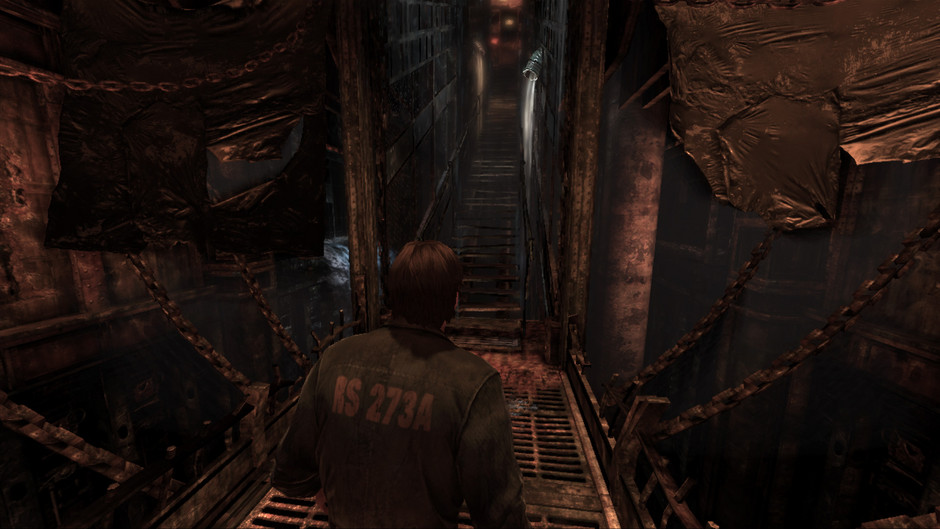 The demo started off in true Silent Hill fashion: a dark foggy environment. Murphy starts off next to a gas station in the eerie town of Silent Hill as he’s initially tasked to find a functioning vehicle. Things aren’t that easy, though, and once the game’s creatures make their entrance you’ll be constantly kept on your toes. But don’t worry, you’ll have a suitable amount of melee weapons to get the job done.

Melee is the name of the game here, in terms of combat and Murphy could ideally pick up any object he sees to use as a weapon. While there’s no actual damage meter that appears on screen that doesn’t mean you’ll be able to infinitely use your favorite melee weapon. Eventually, you’ll wear it out and then you’ll be off looking for another weapon. You could wield a gun but we were told that firearms won’t really be the focus of the game in terms of combat. And speaking of all these weapons, just how will Murphy be carrying them all? Well, thankfully, there’s a sense of realism injected into that very notion.

In most games you have vast inventory systems in which you can sometimes carry an obscene amount of items. Ranging from different sizes, too. Rocket launchers, handguns, keys and other weapons/items can all be carried in what we visualize as being the character’s pockets (since they’re not really carrying around these huge boxes to store all this stuff in). Vatra is aiming for something different and more sensible with Downpour, they’re opting to only allow you access to a limited number of items at any given time. If you have a handgun you’ll be able to store that safely in your holster leaving your hands free to hold a melee weapon. If you want another melee weapon then you’ll need to swap out the one already in your possession. This may seem tedious to some, but I personally find it to be a much better way of handling inventory, especially since this is a survival horror game. 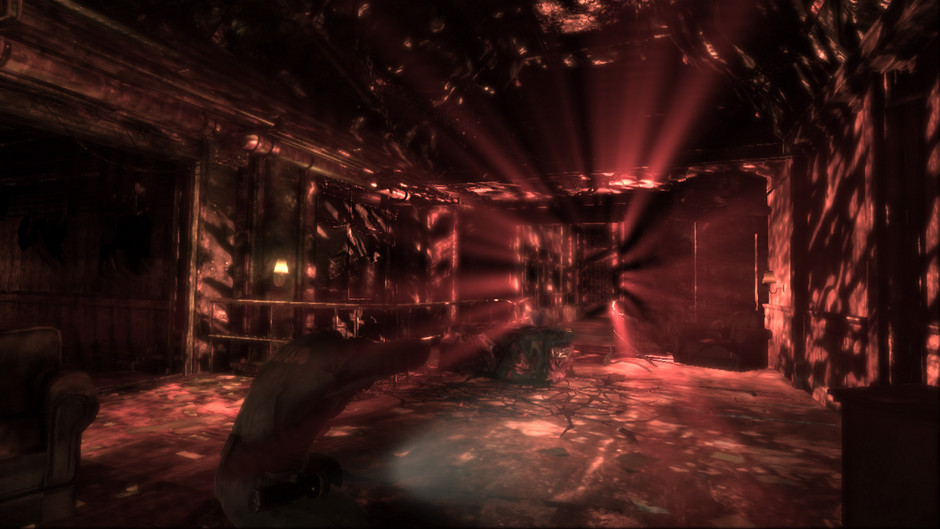 Murphy’s health status is handled in a way similar to the damage system for the weapons. There’s no actual meter on-screen indicating the amount of health Murphy has left, which is in my opinion yet another good move on Vatra’s part. Instead, you have to keep a close eye on Murphy himself. If you see him limping then you know he’s near death. This just serves to really enhances the overall immersion level of the game and I’ve said this before and I’ll say it again, it’s a system all survival horror titles should consider adapting. And trust me, you will die in this game. No matter how fierce the weapon you’re wielding looks, you’ll still be faced with challenges going up against the game’s cast of all-new creatures. Hell, some of them can’t even die, so avoiding actual confrontations wouldn’t be unwise. If that notion doesn’t sound appealing to you then you’ll be happy to know that the game features a very neat difficulty system allowing you to alter the game’s combat and puzzles difficulties individually. Love being heavily tested by puzzles but hate having to die countless times to enemies? You can set the difficulty to apply to such preferences.

This preview couldn’t be justified without spending some time talking about the game’s transition to the otherworld. Aesthetically it’s shares similarities to Homecoming’s and the movie’s transformation of the world. It’s a neat effect, though and once these transitions happen you can expect more than just backtracking to the same areas re-skinned. One notable difference here is the notion of being chased by a powerful and for the most part unidentifiable, entity: the void. These segments where you’re being chased by the void are truly intense and a dose of variety to the otherworld.

The E3 demo was split up into two sections: a combat level and an exploration one. The former pit you directly in a battle with the game’s enemies (being a demo, this level had no place for you to escape, forcing you to stay within the predetermined “arena” to face the enemies and get a feel for the combat) and the latter letting you walk around and really take in the atmosphere of Silent Hill. I personally enjoyed the exploration level more, but that doesn’t mean the combat was in any way flawed. Breakable weapons may lead to the notion that the game’s combat may be tedious and have you worrying more about your weapons durability than actually worrying about the enemies coming at you. That’s not the case, though. Everything here all served to make the horror experience even greater and I’m sure Silent Hill fans will love every second of it once the game hits later this year.

Lastly, I did get a chance to play the 3D version of the demo. In my honest opinion the 3D effect felt extremely tacked on and unnecessary but hey, it’s not a mandatory feature or anything. Nothing really seemed to pop out at you while playing in 3D, nor was there really any sense of depth, not to mention that things looked a bit pixelated. It’s easy for me to say “you’ll want to try it out yourself to form your own opinion” but since 3D tv’s aren’t exactly cheap I know that may be hard to do. You won’t be missing out, though, if you don’t play the game in 3D. It’s a nice extra for those with the appropriate set-up to play 3D games, but not really something that is needed to enjoy the game to the fullest.