New Resident Evil WTRC Is All About Horror, and Lisa Trevor (Breakdown) 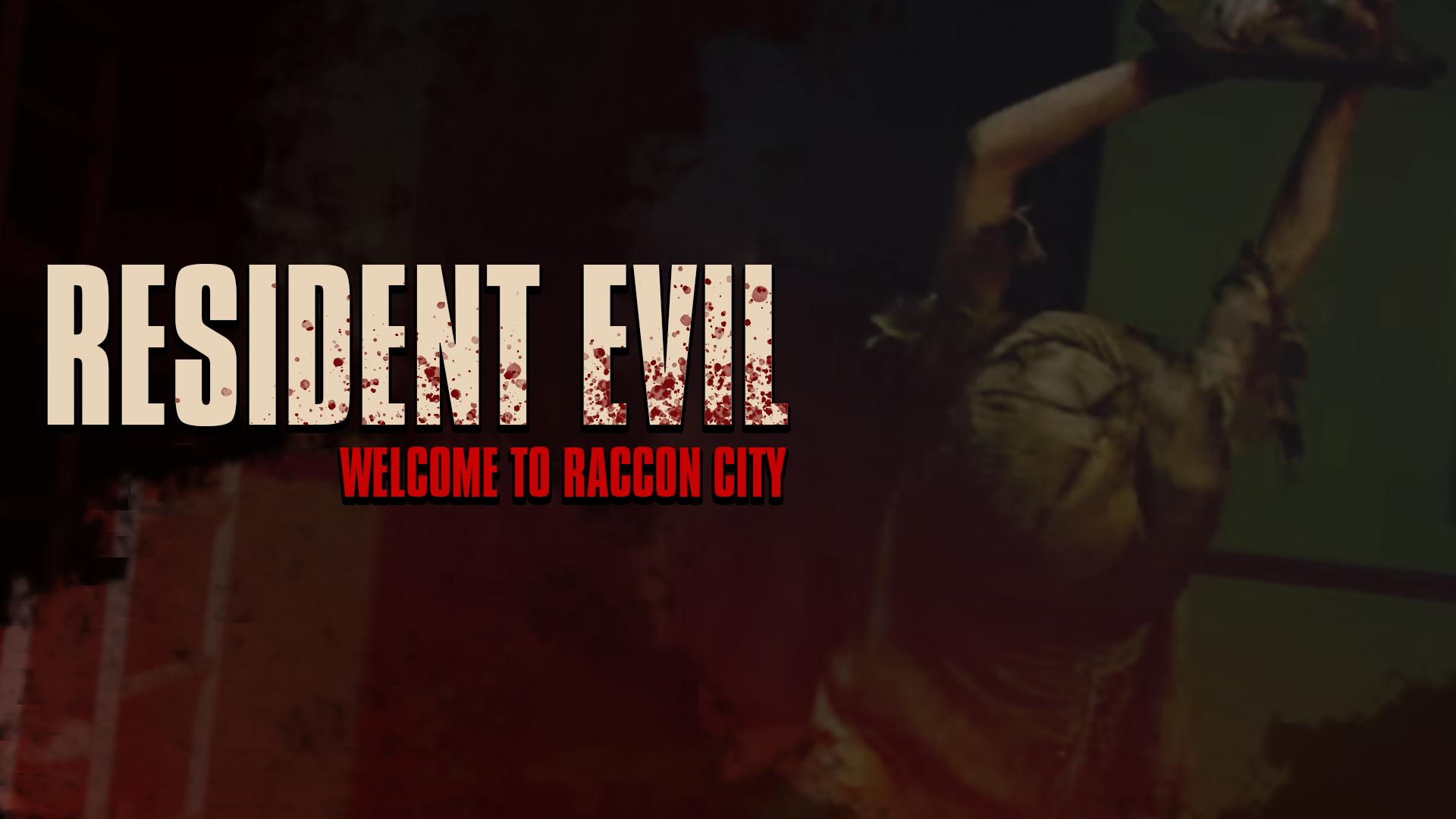 With only 20 days left until release, the marketing for Resident Evil: Welcome to Raccoon City has been going nuts with a new trailer or teaser or poster every other day now. We’ve already seen two full length trailers, but today we got a new, shorter one titled the “Nightmare Trailer”, and I can see why. While the original US trailer was mocked for its strange choice in song (which I’m pretty sure they picked literally just because it has the phrase “25 years” in it), all of the EU marketing has been focused entirely on horror. This new trailer is entirely about fear and horrific imagery, and I am HERE for it — especially our first full look at Lisa Trevor.

There’s a LOT to look at in just the first few seconds of this trailer as it flashes between images that last for literal frames.

First up, we get a good look at the front gate for Raccoon City Orphanage, which made its debut appearance in Resident Evil 2 Remake. Just like every other location, this has been recreated with an astounding amount of accuracy, even down to the placement of the giraffe’s polka-dots. It didn’t need to go quite that hard, but it did, so cool I guess.

Next we get a quick flash of another recreation: the Stuffed Doll item, which Sherry picks up during her short section in REmake 2 and finds a special puzzle piece inside. This doll got kind of a second life of its own thanks to mods that highlighted how freakish this thing is by replacing Mr. X with them. Baaaad touch.

Here we get our first full reveal of Lisa Trevor and… Jesus Christ she’s nightmarish. Stunt performer Marina Mazepa really brings it with the surreal body horror contortionist movements, which while not quite like game Lisa (who just sort of hobbled around), is undeniably freaky looking. There’s a real J-horror vibe to the last shot especially, adding an almost Silent Hill vibe to Lisa that I really love.

In amongst these shots, we see a young girl approaching the makeshift tent Lisa appears to be hiding out in, with a big painting on the wall showcasing — the Spencer mansion? In the games, the Spencer mansion was essentially an executive retreat for Umbrella’s upper echelon but was actually a front for an underground laboratory where Lisa was experimented on (among other horrible deeds). The mansion and adjoining residency area were kept secret from the public in the games, with only the S.D. Perry novelization making it something known but assumed abandoned. Making it front and center here makes me curious if the mansion may be taking on a similar role in this film. It’s possible that the Mansion is known as an extension of the orphange in this film, and that “good kids” will get to go to the Spencer estate, like it’s a reward. Easier to get a kid into the labs by telling them it’s a present, rather than having to drag them kicking and screaming.

It’s also interesting to point out that this painting is based more or less 1:1 on a piece of REmake concept art, including the weird warping effect the 2D textures made on the east and west wing terraces.

Lisa gets ahold of the little girl who dared peak into her hidey-hole, and here we get to see something interesting. Because of a random cut in the middle of this part of the trailer to Sherry Birkin (played by Holly de Barros), I had initially assumed this was all one scene, but it’s NOT. The girl from the scene with Lisa has red hair and is in a flowery nightgown, while Sherry has brown hair and a brown sweater. There’s been speculation that the girl Lisa’s grabbing here is, in fact, a young Claire Redfield, and this is her first meeting with Lisa. There had been rumors that Claire and Lisa were friends at the orphanage, but this seems to reveal that they simply had a chance meeting.

My bet? Lisa is kept beneath the orphanage and experimented on, but at some point late in the night she escaped, and with her childlike mentality she simply went to the playroom and started to spend some time with the toys. Claire woke up after hearing a noise or needing to go the bathroom or something, and found Lisa. Upon seeing her she screams, causing Lisa to try and shush her — not violently, but caringly, and sadly no ability to properly communicate so she just rubs her hands all over Claire’s face. As an audience, we’re meant to take away that Lisa was attacking her, but we’ll later find out that Lisa was kind the entire time and assumed monstrous because of what Umbrella had done to her. Not a bad take on what might be Resident Evil’s most tragic monster, in my opinion. Very good chance this is how the film opens, and that the shot of Lisa touching Claire’s face will cut to black for a logo reveal.

Next we get a couple of old shots of S.T.A.R.S. infiltrating the mansion, a new reaction shot of Chris, and then some new imagery showcasing… poor Ben Bertolucci. Left dead in his cell, most likely at the hands of William Birkin/G, Ben appears to meet the same fate as always. Poor bastard. It looks like the gore effect on his chest might not be finished, which is a shame, but it is only on screen for a few frames here.

We get another shot of a zombie (who looks strangely like Day of the Dead‘s Bub, possibly intentional), then a shot of a bloody hand smacking on the window of what might be the S.T.A.R.S. helicopter. Then we get a few returning shots of Claire uncovering Lisa’s origins and the Ashford twins footage from Code: Veronica, and then a new close-up on the same book that showcased Lisa’s experimental history. Here Umbrella lists Raccoon City Orphanage as a “Subject Harvesting Facility”, which was its role in REmake 2 as well.

We get to see more returning footage of Birkin experimenting on someone, a Chris reaction shot, and the Mansion’s exterior, and then our first look at a new Mansion area! While the configuration has changed slightly, this is clearly meant to be the Taxidermy Room, where you find the Red and Yellow Gems (used for unlocking the Tiger statue and the Spencer Jewelry Box). Odds are Chris and Richard won’t be climbing on top of furniture here and it’s simply another room they pass through — but it’s a nice touch that it is a room from the games rather than just some generic “mansion room”. They easily could have done the latter without making the extra effort.

We get a new shot of Richard encountering our old friend the Headturner, and we finally get to see who he’s been munching on this whole time. Yep, that’s Enrico Marini (played by Sammy Azero), captain of S.T.A.R.S. Bravo Team. Here he’s shown to be wearing an Arklay County Sheriff’s uniform, combining this moment with Resident Evil 2 Remake‘s first zombie encounter with Sheriff Daniel Cortini. This blending of RE1 and RE2 is all over this film, and it’s kind of neat to be honest. This makes me wonder if S.T.A.R.S. Bravo team is in fact Bravo Team at all, or simply a police dispatch that got lost and S.T.A.R.S. (no team designation) is sent to find them.

Following some zombie action, we get some shots of the full spread of Raccoon City, which turns out to be much bigger than I’d originally assumed. Still mostly residential, but with a few tall buildings (which is how it appeared in the original Resident Evil games before REmake 2/3 added a bunch more). I am deeply curious about the giant monolithic church center frame here though. Update: apparently this is a church called Basílica de la Sagrada Família, in Barcelona. The city around it does look much more European than American, but I didn’t think to mention it since other countries being used as filming locations is pretty par for the course. What in the world this could be, however, I don’t know. St. Micheal’s clock tower is the closest any Raccoon City building gets to something like this, and that was tiny. This may be an all-new location just for the film, although it’s honestly a bit goofy even by RE standards to have a church this gargantuan in the city’s center.

Following this we get a few more shots of the city, slowly closing in on a smaller neighborhood, complete with the water tower we saw in the original trailer’s establishing shot. A couple returning shots of the R.P.D. and Lisa, and then a new image of Birkin’s death — and rebirth. Birkin is seen starting to mutate, and dropping his secret sample of G-virus to the floor.

We get new shots of Chris telling Jill to hide, and then both him and Richard being overwhelmed by zombies inside the Mansion. We end this montage with a shot of Birkin/G grabbing Chris by the throat and hefting him up into the air. I’ve previously speculated that Wesker’s end goal in this film is to steal the G-Virus, so this scene might be Birkin newly reborn and escaping from the Mansion’s labs, with S.T.A.R.S. in his way.

Next up we have the return of an old friend, the classic Resident Evil 1 Green Jacket Zombie. This zed is typically used as the Headturner model, although this film opted for the White Jacket Zombie (which was the one used on the game’s cover art back in the day). The Green Jacket Zombie is perhaps RE1‘s most iconic undead scientist, so it’s really nice to see that he still made it into the film even if his job was stolen. Anyway, he gets his head blown off by Chris lmao.

Finally, we get a shot of a zombie wearing an Umbrella uniform getting shot in the face. Beneath him, we can see rubble and the floor of the Mansion’s library/piano room hybrid. Odds are good this zed is who grabbed onto Brad and caused him to smash through the window. It’s hard to tell in the trailer as it’s incredibly blurry, but this zombie’s shoulder patch looks a lot like the updated U.B.C.S. logo from Resident Evil 3 Remake. I don’t thiiiink it is, there doesn’t seem to be enough text for it (mostly likely says “Umbrella Corporation” and that’s it), but we’ll find out.

That’s all for now, but Resident Evil: Welcome to Raccoon City releases November 24th in the US and December 3rd in EU territories.