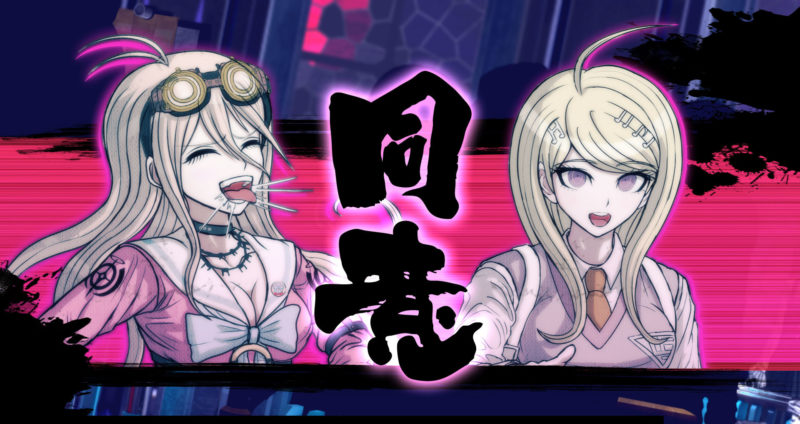 With just over a month to go before Spike Chunsoft and NISA’s New Danganronpa V3: Killing Harmony arrives on Western shores, an English demo has been made available to give players a taste of the murderous mayhem.

Currently up for download for the Vita or PlayStation 4 on the North American and European PlayStation Stores, and Steam, the demo is a microcosm of the kind of experience series veterans have come to expect from the Danganronpa franchise. After a brief introduction to the demo’s cast and the prison-like school in which V3‘s students are trapped, things get stabby awfully fast after a skewered cadaver is discovered in protagonist Kaede Akamatsu’s living quarters. From then on, it’s up to the player to solve the murder and uncover the culprit in one of Danganronpa‘s signature fast-paced class trials, all set to a soundtrack that will occupy the annals of your brain for days to come.

One thing I really appreciated about this demo is its dedication to keeping all of the game’s secrets under wraps; the nature of Danganronpa titles’ narratives means that spoiling even a single death can have a huge impact on your expectations while playing the game proper, so huge props to V3‘s demo for taking a tongue-in-cheek approach and featuring a fanfic-esque team-up of the three series protagonists so far rather than preemptively spoiling one of the surely many delicious mysteries.

That’s not to say it’s without fault, though–the sound mixing seemed a bit shonky at times, with the music occasionally drowning out the voice acting entirely (a problem I never experienced with the previous titles), which makes me nervous that this will be a persistent issue upon the game’s full release next month. Additionally, some of the environments and textures looked a tad blocky in the PS4 version, slightly offsetting the gorgeous high-res sprites and slick UI. Hopefully these issues will be fixed by the time of final release, but if not, at least they’re nothing game-breaking and certainly don’t ruin the experience.

Keep watching this space for our ongoing coverage of New Danganronpa V3 as we enter the final 30 days of anticipation. It’s gonna be one very, beary, despairy hard wait.