More The Evil Within details & concept art surface from IGN 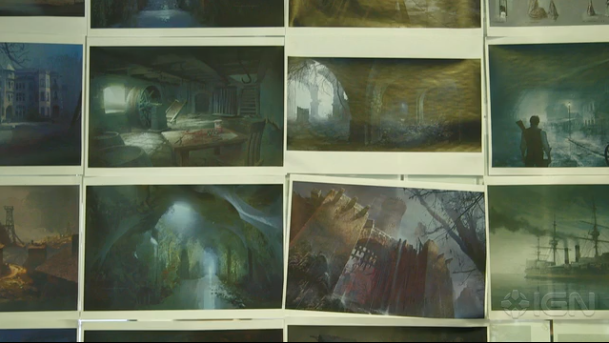 IGN have posted their impressions of a 25-minute demo they played last week, which reveal new details about the game. You can read the whole impressions from IGN, but we caught a few art-stills and the key info below.

From the Interview:
About the tone:
-Mikami loves horror, but survival-horror has been drifting away from what makes it survival-horror, and he wants to bring it back.
-Wants a ‘perfect blend’ of horror and action. Thinks the balance is important as they are two halves to the survival and the horror. Mikami defines survival-horror as a game being scary, and giving players a rush.
-Want Players to pick up the game, and genuinely think, “I haven’t played something this scary in ages!”
-Needs to have psychological horror and make players not want to do things.
-The game is more visually eccentric, unconventional and intriguing characters.

About the story:
-Three detectives show up to the scene of a mass murder at an asylum. The detectives arrive a bit later than the police, which are already on the scene but not to be seen. Inside the asylum is a bunch of dead bodies.
-The player gets knocked unconscious and awakens in a slightly different location, and so it starts with, “Where the hell am I?”
-Story is less focused on twists and turns, and more on mystery.

About the enemies:
-Regular ‘zombie-type characters’ present.
-Enemies should be strange and hard to determine how they might come at you or attack by looking at them, making you uncertain, uneasy.

About the gameplay:
-Mikami mentions you’ll be using (among other things) guns, knives, and axes, but another weapon mechanic they put in was traps.
-Don’t want anything like super-powers or heavy weapons like machine guns.
-Working hard on some sort of ’emotional’ system in gameplay
-Want to make a lot of different locations, scenarios, and situations for the player that is constantly changing.

From the Impressions:
-Our main character, Sebastian, enters the asylum with two fellow detectives, a man named Joseph and a woman they simply call, ‘The Kid’,
-A lot of dead bodies are around the asylum, and on a video monitor Sebastian see’s a hooded figure killing police, who then suddenly appears behind him and knocks him unconscious.
-Went out of their way to model human innards and gore to be detailed.
-Sebastian wakes up hanging upside down by a meta hook as a madman with a butcher knife and a blood-stained wife beater, comes in and cuts down a fellow person hanging alongside him, takes him to the table, and begins cutting him open.
-Based on if there’s enemies around or not, the animations and potential speed of Sebastian changes.
-Sebastian alerts the butcher, who pulls out one of Mikami’s infamous weapons, a chainsaw. Ensues a chase scene where our character is quite stumbly.
-When the chainsaw-wielding butcher does not sense Sebastian, he is erratic and swings around wildly. When spotted, he comes dashing after you. You can use things like empty bottles to throw to divert his attention.
-Escapes into an elevator, and then comes to a desperate run out of the hospital as it collapses in a very Jacob’s Ladder-esque scene. Leaves out to see the Police Cars in a giant crater. Prologue ends there.
-Second part of the demo is later into the game, in a dark outside location heading to a small cottage. Inside are the ‘garden-variety’ zombie-esque enemies.
-The enemies have a theme of torment with them.
-While shooting out around the cottage for your life, a change happens in the environment as it sort of ‘shifts’ in the middle of combat and suddenly a scene out of the Shining happens with blood pouring and consuming Sebastian, and then he finds himself back in the asylum.
-Demo ends with a multi-legged wraith-type enemy bursting out of a pool of blood and rushing towards the player at break-neck speed. 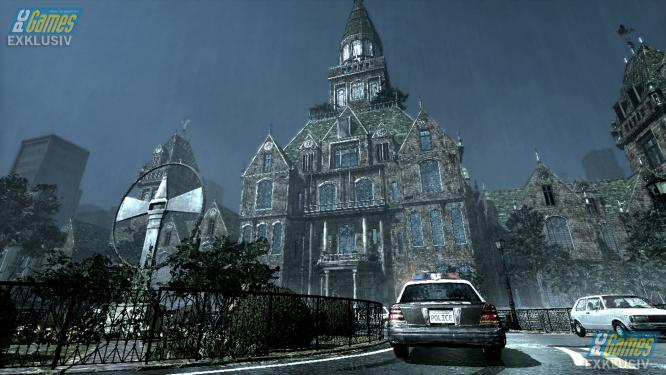 Few additional details from PCGames.de:
(translated by Nibel)
– Highly reduced HUD; there are almost no interface elements
– Ring menu for weapons and inventory
– Quick item selection on the D-Pad
– Medipacks
– You’ll encounter a man with a chainsaw and dozens of angry enemies at the beginning, just like in RE4 – but it plays differently due the set of options like being able to set traps etc.
– One trap is a mine full of nails
– There isn’t much music which is why the game feels even more terrifying 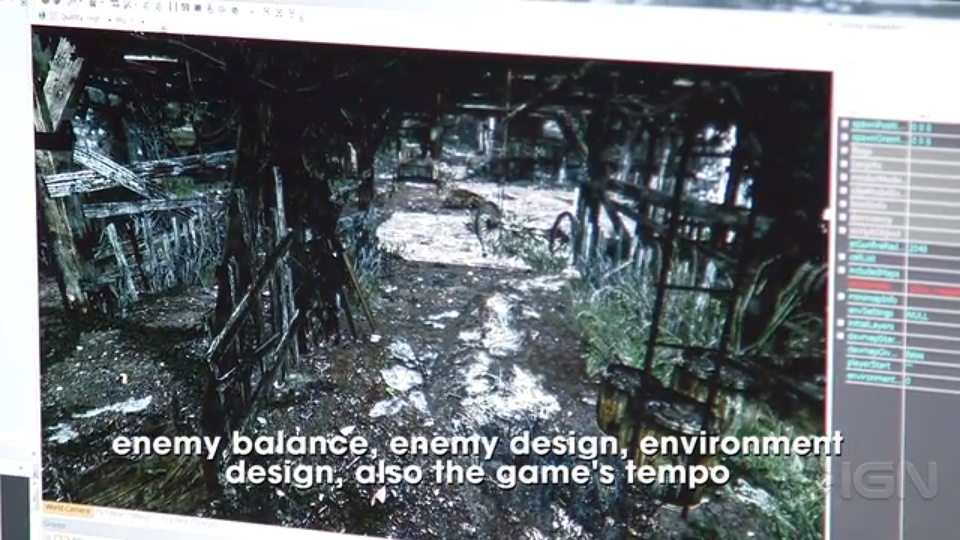 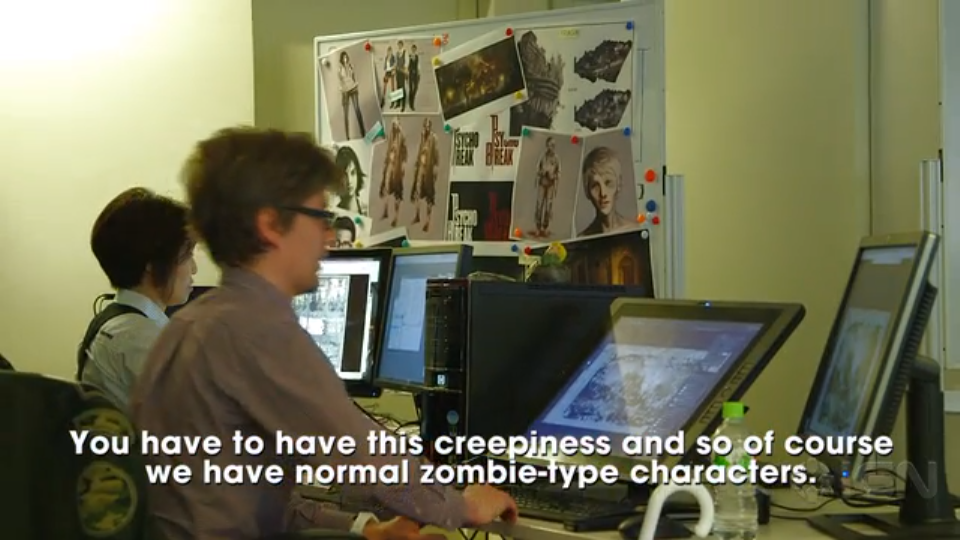