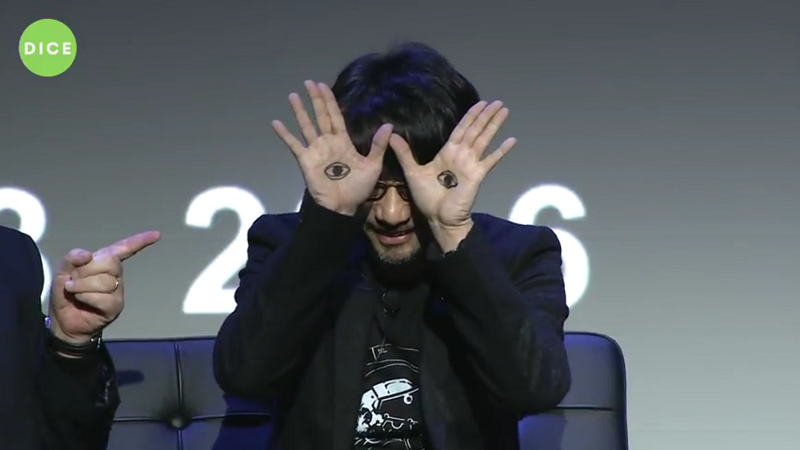 What a long, lonely road this has been.

Now, before we start, I want to make a couple of things clear. Silent Hills, P.T., and everything that came with it, is very, very dead. Deader than your dad stuck in a Santa suit halfway down the chimney. The whole future of Silent Hill as a franchise is a murky, unseen fog that hangs over horror fans as Konami continues to baffle long-time users and media alike with more than questionable decisions that I don’t even know how to put words to. Silent Hills, as a game that’s coming out, is done. It is no more. It is an ex-game. But the people behind it, are very much alive, and eager to work on something new.

Speaking at Dice 2016, Hideo Kojima and Guillermo del Toro, the two minds behind the Silent Hills/P.T. project, discussed what plans they may have together in the future. del Toro was very vocal concerning his disappointment in the dissolution of Silent Hills, and vowed never to try and work in the game industry again– but apprehended that at Dice, saying “Except with this man [Kojima], I’ll do whatever the fuck he wants.”, and Kojima agreed, saying “On a game, a movie, I don’t care, we’ll do it.”. This is awesome news for fans left high and dry by Silent Hills cancellation- regardless of the Silent Hill moniker, the Playable Teaser was a groundbreaking horror experience that has spurred dozens and dozens of indie developers to create their own games inspired by it, and more from the men behind that experience can only mean good things.

Kojima has now formed a new studio, still called Kojima Productions, and is working on a new title for the PlayStation 4, something he describes as being “a very edgy game”, and that he’s working “with a small team…I have to do something that’s exactly what I want to do.”, as well as an interest in VR and the sort of horror experiences it can create. This is more than awesome, as I’ve always considered Kojima to be sort of the James Cameron of the video game industry- a man that stops at nothing to deliver the best possible experience first hand that he can, and unshackled from Konami’s bizarre world is the best thing for this creative mind. Kojima recently even met with Norman Reedus, who was to be the main character of Silent Hills, and expressing an interest in working with him again.

We will never get a Hideo Kojima, Guillermo del Toro developed Silent Hill game, but, perhaps, we can still get a game that will scare us as badly as P.T. did back in 2014 (Oh god, was it really over a year and a half ago?).